Thriving amid the rise of the machines

Technology is destroying jobs, says Dr Greg Adamson, an expert in the social impact of advanced technology. There can no longer be any doubt about that hard fact of life in the 21st Century. The process is now inevitable, as automation, robotics and artificial intelligence embeds deeper into our society.

But with robots and automation proliferating – and with traditional jobs disappearing – the primary reaction from politicians, the media and wider industry has so far been one of denial, according to Dr Adamson of the University of Melbourne's Department of Electrical and Electronic Engineering.

"Even the best scholars in the field put artificially happy messages at the end of their books or their articles, although anyone can see that the happy message does not fit with the evidence set out in the text."

THE FUTURE IS COMING

There is no consensus on the timeline covering the demise of traditional work, but Dr Adamson puts what might be called the ultimate period between 2025 and 2035.

"That's when you will see a complete transformation of the face of work," he says.

That this was coming has been known at least since 1948 when Norbert Wiener, a distinguished American mathematician and philosopher, proposed that work had no future, Dr Adamson recounts. Business and labour unions accepted his view but said it was too far away to think about.

Seventy years on, the process is now accelerating: technology powering robots, digital processes, and automation of banking, checkouts and even manual tasks, like stacking shelves in a warehouse using radio beacons and bar code, is increasingly common. Each advance makes many jobs as we know them redundant.

And while construction continues to employ many workers, the factories they build won't produce employment. For example, Indian energy company Adani's plans for a solar and wind farm in Queensland will employ 1000 construction workers, but after completion, just six.

But there are opportunities for collaboration with machines. In the Melbourne School of Design, architect and lecturer Dr Alberto Pugnale leads a team that is working on the use of drones in building. Currently, at this early stage, it's used to weave cables into forms in order to construct lightweight structures.

It is incredibly complex technology that uses wireless positioning systems and artificial intelligence to achieve precision, relying on a moving vehicle in a moving environment, namely air.

"We are dealing with huge amounts of data in optimisation problems and working on ways to visualise them in what we call a fitness landscape," Dr Pugnale says. "It's quite complicated and fascinating, but I can see the potential in how these systems fit.

"Architects have, generally, in recent times, been far from the world of construction. Now they and the engineers are coming together."

And it's engineering that is responsible for making all the changes occurring now and accelerating into the future, says Dr Adamson.

"So those engineering positions will remain critically important. However, every time you get a new generation of technology coming along, it is designed to minimise the number of people needed to support it."

That, he says, produces a tussle between jobs disappearing and jobs emerging. So, what about re-training and refocusing higher education to fit a technological world?

A FOCUS ON HUMANITY

Dr Daejeong Choi, senior lecturer in the University's Department of Management and Marketing, says the robots will do their thing, but the focus of education and management will be on people.

"People will do different things at different times in different ways," he says. "They will need to be more pro-active and use initiative to manage their lives, relationships and tasks. They will be generalists with a wide knowledge, forecasting future needs and demands rather than memorising formulas."

For educators, he says, the focus will be on teaching fundamental reasoning, how critically and logically people think over a wide range of subjects and interests.

"It's not the amount, but the focus of education that will be important to create a world thinking fundamentally about humans, rather than processes and production," Dr Choi says. "It's a movement to what matters to humans rather than what the robots are doing."

Dr John Stone, Senior Lecturer, Urban Planning Program, in the University's Faculty of Architecture, Building and Planning, agrees that the next half-century will bring enormous change.

"I find myself caught between the utopian view of the technologists and the reality of future climate change and social inequality. We have to make sure that we are not just assuming technology will always be a benign presence."

How, then, to ensure that humans survive and benefit from the technological revolution?

"I think the biggest challenge is in social policy," says Dr Adamson. "What is the Government going to do about it? How will it cope with the loss of tax revenue from fewer wage packets? Will they impose a payroll tax on robots? That makes complete sense".

"We need Government to develop policies that address what actually is happening and ensure that people can live.

But Dr Adamson's work has also looked at the value of volunteering – and whether these are the jobs of the future that could hold just as much respect and authority as current professions. And key to that is teaching.

"There are hundreds of millions of jobs needed, for instance, to clean up the environment and care for the elderly and perhaps, most important, to teach and mentor students of all ages; providing life-long learning. 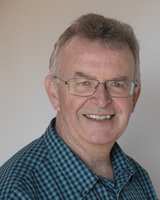 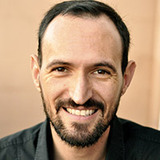