Footballer Cat Phillips has just suffered a painful ankle injury – one that could keep the AFLW star sidelined for weeks.

"Right now, the main thing frustrating me is that I don't know when I'm going to be back playing again," she says.

But a rare piece of biomechanical technology could give players like Phillips real-time feedback on how their recovery is tracking, giving them a fighting chance at returning to form.

The Computer Assisted Rehabilitation Environment (CAREN), developed by Motekforce Link and housed in the University of Melbourne's School of Engineering, includes a movable platform that allow researchers to measure human movement, particularly under physical or mental strain. It is the only one of its kind in Australia.

"CAREN makes it more scientific than 'how are you feeling today?'," says Phillips. "You can really track how you're going."

At first glance, the CAREN looks almost like an immersive video game at a theme park.

A curved virtual reality screen surrounds a large ground-level platform that can be tilted or jolted back and forth in any direction. A treadmill on the platform has two belts that can be moved independently to simulate tripping, and a harness prevents injury in the event of a fall.

Phillips, who also holds a degree in mechanical engineering from the University, had a chance to test drive the system before she was injured.

Dozens of small round markers were attached to her body and used for calculating the motion of her limbs in real time. As she walked on the treadmill, the screen in front of her simulated different virtual scenarios, such as walking down city streets, though a forest or across a suspension bridge.

The screen can also project a 3D musculoskeletal model of her body, with muscles lighting up as she uses them, while real-time muscle and joint function data are displayed on the screen.

"I love the idea of having real-time feedback," Phillips says. "If you think you might be imbalanced on one half of your body, you can see it in front of you. You can tell exactly what's going on."

Professor Peter Vee Sin Lee, from the Department of Biomedical Engineering and the biomechanics research group that manages the CAREN, says he and his colleagues have used motion analysis laboratories in their research before.

But the virtual reality aspect of the CAREN has the potential to take their work to the next level.

It can also be used to study how sound, vision and other real-world stimuli affect the body, albeit in the safe environment of a laboratory.

"We know that in a laboratory environment, it's never going to be like it is in the real world," says Professor Lee. "When you're in a normal lab you're always going to walk a bit differently. You cannot move the ground and get someone to trip, whereas here you can do that in a safe environment."

When using the CAREN, researchers can measure the ground reaction force – the force that occurs when people step, walk or run – as well as the way the joints are moving. They can also collect information about muscle and brain activity through methods like electromyography (EMG) and electroencephalography (EEG).

PhD candidate Raneem Haddara is studying anterior cruciate ligament (ACL) injuries, which are particularly common among female athletes, and whether protective braces can help prevent them. Previous studies on braces have measured pre-planned movements, which don't tell the whole story of how ACL injuries occur.

"In reality, when you're playing sports for example, an ACL injury happens because of an unanticipated motion. Your body doesn't have time to plan," Haddara says.

"With the CAREN, I'm able to have the person immersed in the virtual reality environment, where I can make those unplanned movements occur to try and mimic a real-life situation in a non-injurious environment."

When a participant walks or runs or trips on the treadmill, Haddara can look at which muscles are activated, how much they are activated and the forces that are transmitted through the joints. She says that, one day, she might be able to see how outdoor environments, even such as a noisy sporting field, affect the way athletes injure themselves.

Professor Lee says researchers at the beginning of looking at the range of applications beyond biomechanics.

"We're going to try to work with the hospitals to see if they want to use this as a rehabilitation tool," he says.

Dr David Ackland, who is also based in the Melbourne School of Engineering, studies muscle and joint function in the human body, and how diseases or injury affect motor function. He develops and evaluates the effectiveness of implants and prosthetics.

The CAREN will help him understand how patients are responding to rehabilitation from neuromuscular disease like stroke.

"We can evaluate how people move pre and post-operatively," he says. "For example, we can assess how a joint replacement is affecting a person's ability to move a joint after the surgery."

Dr Ackland says the CAREN was installed at the University where it can benefit researchers from a range of fields.

"A huge benefit of the CAREN is that is supports cross-disciplinary research, and will help university researchers and industry work together," he says.

"This infrastructure will help researchers in engineering, medicine and science work together on grand challenges, such as ageing, rehabilitation, human performance, mental health, even computer science and animation." 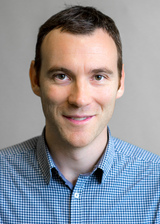 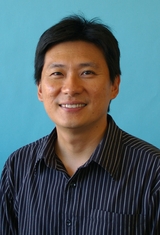