The grim cycle of homelessness and unemployment

Having a job can be a crucial factor in being able to break free from the cycle of homelessness.

But despite this well-known link, few studies have considered how homelessness affects people getting a job - and separate to this - keeping their job.

My research finds that homeless people who are employed are significantly more likely to leave their job compared to the non-homeless people.

My working paper examines data from Journeys Home, a large-scale, national survey of disadvantaged Australians, which was launched in 2011 and concluded in 2014, who were either homeless, or at risk of becoming homeless.

The overall rate of employment among Journeys Home respondents was very low. Just 27 per cent of all those surveyed were employed – but for those who were homeless – only 19 per cent were employed.

However, there was no significant difference in the job entry rates between homeless and non-homeless respondents in the Journey Home survey.

harder to find, and keep work

Homeless people face multiple challenges when it comes to finding, and keeping, a job.

This can include the stigma associated with being homeless, a greater difficulty in maintaining hygiene, a lack of proper time structure and frequent moves. These factors make it very difficult for homeless people to find and stay in work.

Some of these challenges are likely to affect staying in a job more than finding one. For example, a low level of education may matter more for finding a job than maintaining a job, while a person's poor health, drug use or poor ability to cope with stressful situations might impact how likely they are to stay in their job.

My analysis shows this could be the case. When I account for physical and mental health, drug use, family characteristics and other personal characteristics such as low self-esteem, poor ability to cope with stressful life events, and difficult family environments, the association between homelessness itself and the difficulty keeping employment disappears.

In 2015–16, the Australian, state and territory governments spent more than $750 million on services for homeless people, including help with finding employment .

Focusing on interventions that address housing problems alone will not improve employment outcomes for homeless people.

My colleague Professor Nick Haslam from the Melbourne School of Psychological Sciences, says this research shines light on the complex reasons why homeless people often have poor employment outcomes.

"One of the most valuable findings of this research is that homelessness impairs people's capacity to stay employed more than it affects their capacity to gain employment in the first place," he told me.

"That is significant because it shows how important it is to consider psychological factors for maintaining employment among the homeless, and how although providing secure housing is vital, it is unlikely to be sufficient to improve work outcomes for them."

I agree that a more effective approach would be to address the complex range of personal, psychological, and social problems experienced by this vulnerable population. This would help them retain their jobs, achieve stable employment , and potentially as a result - stable housing.

Providing homeless job seekers and employees with more targeted support from job agencies would help them not only find, but also maintain jobs.

Approaches like this could include interventions like improving health outcomes, providing skill training, enrolling in confidence building programs, or rehabilitation resources.

Learning from our neighbours

A similar approach called the Investment Approach to welfare has been successful in New Zealand since 2011.

It involves identifying the disadvantaged people who are most likely to remain on income support for long periods of time and intervening early with targeted support to improve their employment outcomes and prevent long-term dependence on income support.

The program resulted in a reduction in the future welfare liability and spending of around $2.2 billion New Zealand dollars between June 2014 and June 2015.

A more holistic approach like this could also work in Australia. It could lead to improved provision of resources, as well as freeing up more resources to address the complex challenges facing disadvantaged people such as homeless and achieve sustainable work outcomes for them.

While this might be costly in the short term, in the long run, improved job retention amongst the homeless would have far-reaching benefits.

This working paper is written under the supervision of Professor David Ribar and Professor Jenny Williams. It uses data collected from the Journeys Home project, a longitudinal survey-based study managed by the Melbourne Institute of Applied Economic and Social Research on behalf of the Australian Government's Department of Social Services (DSS). The findings and views reported in this paper are solely those of the author, and they should not be attributed to either DSS or the Melbourne Institute. 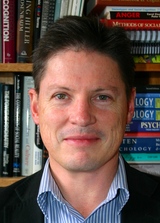