Over one million Australians a year suffer from Post Traumatic Stress Disorder (PTSD), and among the military and veterans it is the single most prevalent mental health disorder.

The best clinically proven therapy for PTSD is 'talking therapy' in which people emotionally process their trauma by talking or thinking about their traumatic memories. But for some people, treatment isn't straightforward.

PTSD can co-occur with other mental health disorders that make treatment more challenging, while some people are reluctant to engage in a therapy that involves them having to confront their trauma.

Not surprisingly, many people explore alternative therapies like yoga, meditation, creative arts therapies and experiential therapies like animal-assisted and outdoor activity therapies. But do they work?

The short answer is we simply don't know.

Part of the work done at the University of Melbourne's Phoenix Australia Centre for Posttraumatic Mental Health is to carefully review the evidence available for treatments of different psychological disorders that result after trauma. The reviews can help advise clinicians and trauma survivors about whether a treatment may help.

What many of these alternative treatments have in common is that they shift the emphasis away from an internal focus on the individual's traumatic experiences, and instead are grounded in the external world.

Rather than a trauma-focused approach, many of these interventions are also likely to have a calming effect on the individual, so may be helpful in reducing the hyper-alertness experienced by people suffering PTSD.

In two published papers the Centre has recently reviewed nearly two-dozen novel and popular interventions for treating PTSD. Of these we identified four treatments that show promise:

A multitude of biological, psychological and social factors contribute to the development of mental health disorders. But PTSD is unique because it requires a traumatic event to have occurred as part of its diagnostic criteria.

While it is normal to have upsetting memories and trouble sleeping after experiencing a traumatic event, most people feel better after a few weeks. However, some people will go on to develop PTSD. The symptoms usually start soon after the traumatic event, but some people may experience delayed onset months or years after.

There are four symptoms of PTSD:

Alternative PTSD treatments are often appealing to people, but what matters is whether they can help trauma survivors recover. Spending time with a dog may boost someone's mood, but for canine-assisted therapy to be effective it has to significantly improve the symptoms of PTSD.

This is a critical issue in novel treatments as, too often, the mechanisms through which the treatment could improve PTSD symptoms are unclear.

Some proponents of acupuncture argue that it interacts with an individual's life force – known as 'qi' – yet there is no scientific evidence to support this. It seems more likely that acupuncture and other mind-body philosophy treatments, like mantra-based meditation and yoga, are effective for PTSD because they appeal to individuals who prefer not to talk about their thoughts and feelings.

They may also improve hyperarousal through teaching relaxation skills, or through manipulating acupressure points that reduce physiological arousal.

The evidence so far

We need to know more about the effectiveness of these novel treatments because while the evidence for many of them doesn't yet exist, this doesn't mean they are ineffective. Relevant bodies need to fund high quality research trials to test these alternative interventions, perhaps initially focusing on the four we have recently identified.

Responsibility also lies with researchers developing interventions to hypothesise and systematically assess the mechanisms by which clinical change should occur.

But most urgently, we must do more to ensure that the hope or hype of emerging interventions become real solutions to such a devastating disorder. 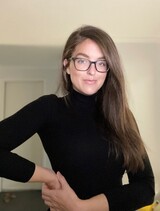