Printing the next generation of solar cells

In 2004, Professor Andrew Holmes, now in the University of Melbourne's School of Chemistry, decided to up stakes in Cambridge and head home to Australia.

The pioneering organic chemistry legend and recipient of the Royal Medal had been looking into the qualities of organic light emitting diodes and decided to consider the question from the other direction: if you put electricity in and get light out, why can't you do the reverse - shine on light and harvest electricity?

Australia was a place with plenty of sunlight and a tradition of working in solar technology and it seemed the obvious choice to set up shop.

At the same time, Imperial College post-doctoral chemist David Jones, also now in the University of Melbourne's School of Chemistry, wanted to head home as well. Dr Jones was then the leader of a team working in the exotic field of catalyst discovery for petroleum giant BP but his mother was ill.

"I had been away from my family for too long," Dr Jones says now. "It was time to go home and my boss said: 'Have you heard Andrew is heading to Australia and is looking to put a team together?'"

Thus began a partnership between physics and chemistry, industry and academia, pure science and applied research, which has the potential to provide cheap, almost limitless energy – through printed solar cells.

Professor Holmes and Dr Jones, who also both work in the University of Melbourne's Bio21 Institute, have since contributed to two major developments in solar technology. These include the discovery of new kinds of light-harvesting crystals and a technique to print the largest plastic solar cells in Australia on A3-sized sheets.

The revolutionary light-harvesting liquid crystals can be printed cheaply on plastic, creating flexible, moldable, semi-transparent solar cells that can be used pretty much anywhere.

These new flexible solar cells could soon cover roofs, windows, clothing, phones and cars, capturing the power of the sun wherever it falls, providing an advantage over silicon-based solar panels which are effective but limited by their size, rigidity and cost.

The work was done as part of a collaboration between research (with Monash University and CSIRO Manufacturing Flagship) and industry partners called the Victorian Organic Solar Cell Consortium (VICOSC).

While earlier 10 sq cm cells produce energy around two per cent efficiency, too meagre at this stage to be commercially viable, the team has taken the performance of organic solar cells from around 8 per cent efficiency to 9.3 per cent.

This is finally approaching the international benchmark of 10 per cent – and they have achieved up to nearly 18 per cent efficiency in the laboratory with hybrid cells.

The final product could be produced for less than $10 a metre.

Professor Holmes and Dr Jones attribute their success with these A3-sized organic photovoltaic cells to collaboration between the two faculties and partners including Monash and CSIRO.

"There was an open, swinging doors policy between all labs," Professor Holmes says.

Dr Jones agrees: "The CSIRO had the right equipment and printing equipment bought by the VICOSC was located at Clayton, so some of our people worked in their labs. We had open access to their labs. There was no distinction."

"Key people knew what was going on in all aspects of the project," Dr Jones says.

There were a lot of people working on disparate parts of the problem and to have them coming together was absolutely essential.

The collaboration went deeper. Industry partner Bluescope wanted to incorporate printed solar panels on their Colorbond roofs. Innovia Security (the makers of the Australia's plastic notes) had expertise in printing on plastic, and Innovia Films, (another arm of the firm) were manufacturing the polymer.

The breakthrough in improved efficiencies came with the development of "nematic" liquid crystals that have improved charge transport, which can now lead to vastly improved organic solar cell performance.

Professor Holmes sums up the benefits of the collaborative process: "The most important issue in science today is that you must be competent in your core skills and across boundaries.

If you are going to do something disruptive you need to build on breakthroughs. The opportunities need to be there and you need to take them.

Professor Holmes is no stranger to collaborative breakthroughs. In the late 1970s he recognised the importance of a compound derived from Hawaiian kelp that one of his PhD students showed him.

The organic LEDs that were eventually developed out of that episode are available to run the screen you are reading this article on.

So what does the future hold in this case? Professor Holmes says the next main project is collaboration with partners in the US.

"We need the next push to be from either an industrial investor or a venture capitalist, so we can push the boat out into manufacturing,'' he says, noting that venture capital in Australia has tended to be very conservative.

Moving to manufacturing here will be a smart move, not just to generate energy but to create jobs in the future.

The risk is that the team, which was brought together at such cost and effort, will drift apart if momentum is not kept up.

"If you let good people go, they will get snapped up abroad in this very fast-moving field.

"We need that next level of push to see it through until it starts to make money. That is what we hope will happen.

"I am hoping the sentiments expressed by the new resident of the Lodge (new Australian Prime Minister Malcolm Turnbull) will fire up the community's enthusiasm to help see this through." 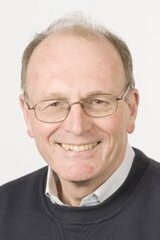