The new battlefront in malaria research

Malaria is a cunning killer – every time researchers find a drug to beat it, the parasite fights back.

And it kills the world's most vulnerable; of the nearly half a million deaths from malaria annually, the vast majority are children under the age of five living in Sub-Saharan Africa. There are around two hundred million cases worldwide every year.

Now, researchers find themselves in a new battle to combat the parasite, after resistance to the most effective and widely used drugs emerged on the Thai/Cambodian border.

In a study published in Nature, an international team from the University of Melbourne, Stanford and the MRC Laboratory of Molecular Biology in Cambridge have made an important step towards beating malaria – or, at least, winning this round.

For Associate Professor Julie Simpson, a bio-statistician from the University of Melbourne's School of Population and Global Health who has devoted much of her career to the fight against malaria, this new drug resistance is a major blow.

"When I delivered malaria presentations ten years ago I would say it kills around one million people a year," Associate Professor Julie Simpson says.

"And then these amazing treatments came along that took years of development, and they've been wonderful over the past ten years – reducing the number of deaths by half and that's been a major public health triumph.

"But sadly this amazing little parasite has developed resistance again."

The current treatment for malaria is an artemisinin derivative; a "wonder drug" according to Associate Professor Simpson, given in combination with another anti-malarial partner drug, which previously worked but gradually became less effective as the parasite developed resistance. And now that artemisinins are suffering the same fate, researchers face the daunting prospect of finding a new drug - and fast.

"We have completed the first step," says professor of biochemistry Leann Tilley, who led the University of Melbourne's contribution to the Nature paper. "The team discovered compounds related to existing anti-cancer drugs that can selectively target the parasite."

The new drug targets the parasite's waste disposal system, known as a proteasome.

"The parasite's proteasome is like a shredder, that chews up damaged or used-up proteins. Malaria parasites generate a lot of damaged proteins as they switch from one life stage to another and are very reliant on their proteasome, making it an excellent drug target," Professor Tilley explains.

Researchers at Stanford University purified the proteasome from the malaria parasite and used a method developed at the University of California, San Francisco, to examine its activity against hundreds of different peptide sequences. They then used this information to make highly selective inhibitors that could block the activity of the parasite proteasome without disabling the human enzyme.

Then, at the MRC Laboratory of Molecular Biology in Cambridge, a revolutionary technique called Single Particle Cryo-Electron Microscopy was used to generate a three-dimensional, very high-resolution structure of a protein, based on thousands composite images.

Professor Tilley and her team showed the drug is effective against the most resistant strains of malaria parasite found at the Thai/Cambodian border, without causing damage to the human red blood cell.

While this represents a major breakthrough, it is only the first step in developing a new antimalarial. Bringing a new drug to market takes significant time, money and people – and because there is so little money in malaria, there are scant resources available.

"There's no money to be made selling antimalarials," explains Professor Tilley.

"You have to provide the drug for about a dollar per treatment. For certain anti-cancers drugs you'd be looking at around $10,000 per treatment."

But, with the support of Japanese firm Takeda Pharmaceuticals and the Swiss-based foundation Medicines for Malaria Venture, Professor Tilley's team will shortly embark on the next phase of research – trawling the company's vast libraries of compounds to find the best one for killing malaria parasites, with the aim of creating a drug that can be administered successfully in humans.

"Takeda have libraries of thousands of compounds which have been rejected for cancer treatments but it's possible one of them is an effective antimalarial," says Professor Tilley.

Researchers will set up experiments to test each compound against both parasite enzymes and human enzymes to find one that exhibits inhibitory activity in the parasite, but not the human.

"Once we've got our hit, it's over to synthetic organic chemists to start improving the compound and pharmacologists to do toxicity tests to get it to a drug-like stage.

"We're looking for something that's cheap to make, orally available and effective, with no toxicity against humans," Professor Tilley explains.

This is repetitive, monotonous work (even though researchers have the help of a drug-testing robot). Nonetheless, although the process can take many years, Professor Tilley is confident the combination of academic and industry expertise, and Takeda's extensive library, will give them the hit they need by the end of the year.

"We'll still be a couple of years away from being able to test efficacy in humans, but I'm confident we will get there," she says.

In the meantime, the clock is ticking. The knockout blow for malaria would be an effective vaccine, but that is a promise researchers haven't been able to deliver just yet. In the meantime, the work of Professor Tilley and others, who are all chipping away to find a new wonder drug, is the best hope. 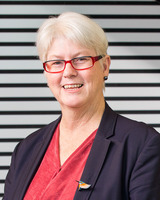