Beyond big cigars and vintage cars

The significance of the first US presidential visit in 88 years was not lost on Cubans. US-Cuba trade currently amounts to $480 million annually, and would grow to an estimated $1.9 billion were the embargo lifted. But genuine engagement will require visitors to build trust on the ground.

In 2015 Cuba's Tourism Ministry recorded 3.5 million visitors, 145,000 of whom were legally licensed US citizens. Owners of vintage Chevrolets and Pontiacs have been overwhelmed with demand for "educational tours" of Old Havana's historic sights, complete with Cohiba cigars and Panama hats.

These extravagant convoys bumping slowly through crowded streets provoke bemused questions from my Cuban friends: "How much did they pay for that ride? Why don't they walk? Are they afraid they'll get dirty, or are they afraid of us?" I can't answer these questions, but I suspect that (1) they paid too much, and (2) social interaction is not a priority.

Living in Cuba for three years to study the meaning of trust for Afro-Cuban religious communities and Chinese ethnic associations taught me that social engagement is an angel for some and a devil for others.

Last year during a batá drumming ceremony, a priest of the Afro-Cuban religion Santería gave me some advice: "You should appreciate that Cuba is a magical place where everyone is connected to everyone, whether they like it or not." That evening a US businessman complained to me that "the hardest thing about working in this country is having to negotiate everything!" Social connectedness was a blessing for the former and curse for the latter.

Fixed prices, automated banking and online maps are yet to arrive in Cuba, making "negotiation" a fact of daily life. The phrase habitually recited by disoriented taxi drivers sums it up: "Preguntando se llega a Roma" (One arrives in Rome by asking directions).

Cubans are responding to foreign demands for simpler interactions between providers and clients. A study by the Office of the Historian of the City, which oversees Old Havana's economic development, quotes a leader of the local Chinese community: "We have a Chinatown; let's convert it into one more of our country's products for tourism." Chinatown's ethnic associations have since converted their members' canteens into profitable cosmopolitan restaurants, opened the ceremonial Sanfancón shrine to fee-paying visitors, and closed the traditional Chinese pharmacy to replace it with an international clinic.

As the first foreign entourage to tour the new Mariel visitor centre, we were introduced to the Zone's "one-stop-shop" system, which addresses foreign complaints that face-to-face meetings were too frequent and too long. A single short meeting with the Zone's committee now covers hiring, firing, wages, and all other aspects of workforce relations, freeing investors from having to even meet their employees.

Upon our return to Old Havana the Minister's assistant announced a special treat: an exclusive tour of historic sites in a convoy of vintage Chevrolets. Awkward does not describe the sensation of trundling slowly through the block I once lived in, hoping not to be recognised. But I was spotted, and contrary to my fears, a friend welcomed me back with a smile: "Look at you! Get out of the car and bring your friends in for a trago (glass of rum)."

I wondered if other foreigners will also find their worries unfounded when they break the ice and connect. President Obama put it well in his speech at the Grand Theatre of Havana: "The recognition of a common humanity … that's where progress begins."

Tourism, investment, and trade are opening new connections with Cuba, but to connect hearts and minds visitors must also engage socially and build trust from the ground up.

Adrian H. Hearn is author of Diaspora and Trust: Cuba, Mexico, and the Rise of China, published in March 2016 by Duke University Press. 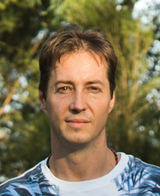