The hole in the ozone

You might remember back in the 1980s and 1990s a lot of concern about the so-called "ozone hole" and what damage it might do to our skin.

We don't hear very much about it anymore, yet we're still reminded to put on sunscreen and protect ourselves against skin cancer. So what's going on?

The ozone hole first formed over Antarctica in the late 1970s and was detected by scientists a few years later. NASA confirmed its existence by remote sensing in 1985.

At the same time, various scientists had been hypothesising that chlorofluorocarbon (CFC) compounds could be broken down by high-energy UV radiation in the stratosphere, releasing chlorine and bromine radicals and resulting in ozone destruction.

CFCs were commonly used in refrigeration, solvents and as a propellant for aerosol cans and making polystyrene.

The scientific community was quick in its consensus, determining that yes, the CFCs were accumulating in the atmosphere and were releasing the chlorine and radicals that were ripping up the ozone.

The cold temperatures required for the chemistry were such that the ozone depletion only occurred over Antarctica in spring.

Very few people live in the region of the ozone hole, however there was great concern that if CFC concentrations continued to rise there was potential for it to spread and possibly even for the ozone layer to collapse entirely.

This would have had catastrophic impacts on humans, animals and plants, and could have rendered the planet uninhabitable.

Podcast with Professor David Karoly and Dr Robyn Schofield: Whatever happened to the ozone hole?

With this doom and gloom message, the international UN conference on the Protection of the Ozone Layer (which already existed due to concerns that supersonic aircraft entering the stratosphere could damage the ozone layer) met in Montreal in 1987 and agreed to begin to phase out CFCs.

The agreement was ratified and came into effect in 1989. A multitude of follow-up conferences gradually increased the strength of the emission reduction targets and number of signatories, and it currently stands as the most successful treaty ever created with everyone (196 nations plus the EU) on the planet signing up.

CFC concentrations have begun to decrease, and it is expected that by midway through this century, the ozone hole will be largely gone.

It's an environmental success story we should remember as we continue to battle climate change.

But 'success' isn't an absolute concept.

This year's ozone hole has been one of the biggest on record. It started late, but has been the largest in the later season ever seen. Over the past decade the ozone hole over Antarctica had been stable or even decreasing in size a little, but the new record this year demonstrates that the ozone hole will persist even though the 'problem' has essentially been solved.

So, if the ozone hole is still there, that's why we still need to be sunsmart, right? Wrong.

It's a very common misconception, but in fact the ozone hole does not extend over Australia. Ozone depleting substances have resulted in a thinning of ozone above Australia of about five per cent, whereas over Antarctica in spring almost complete loss of ozone is seen in some layers.

Occasionally, as the ozone hole breaks up in early summer it is possible that some of the low ozone concentration air can pass over southern Australia or New Zealand, but that is rare and fleeting.

So the problem of the ozone and skin cancer remains regardless of when the ozone hole eventually recovers.

But probably the biggest problem is that, for many Australians, we have inherited the genes of our northern hemisphere ancestors and don't possess natural protection in our skin. The English skin, for example, has evolved 50 degrees north of the equator, where solar exposure is much less than even southern Tasmania.

Plus, in the 1960s there was a change in social attitudes towards exposure to sun and the stigma of being tanned changed from being a sign of the working class (many hours logged out of doors) to being wealthy (lots of free time to go on holidays to the beach).

Some years later it turned out getting a tan was a bad idea as the rates of melanoma started to rocket upwards.

So, while it is time to enjoy the summer, be relieved to know that through the action of the UN your ozone layer was saved (or is well on its way).

But continue to cover up your skin because here in Australia, the UV danger is ever-present.

It is an interesting point to note that through protection of the ozone layer, the UN's Montreal protocol has done more for climate protection than any other measure so far.

This is because many ozone depleting substances are also strong greenhouse gases and having less in the atmosphere is a major factor in mitigating climate change effects.

The UN is working hard to save the climate through the UNFCCC, and the recent COP21 talks in Paris were a great success.

But of course, climate change is a much bigger issue than the big problem of the ozone hole and there's a lot more work to do. Wish them luck. 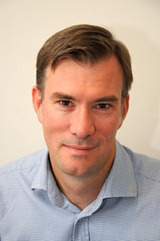