Exposing the creatures of the deep

For the first time, a light has been shone on the diversity of creatures that exists in the world's dark, deep seas.

An international team of scientists have created the first map of seafloor diversity across the world's oceans. The map reveals how patterns of biodiversity in deep oceans fundamentally differ from those in shallow waters or on land, and will be critical for conservation efforts.

Focusing on brittle and basket stars (related to starfish), the ground-breaking results, that have taken almost 20 years to compile, have been published in Nature.

"The deep seafloor remains the least explored ecosystem on Earth," said lead author Skipton Woolley, from the School of BioSciences, University of Melbourne and Museum Victoria.

"We have an innate understanding of the important regions of biodiversity on land, but are much less aware of what is going in the deep-sea," says Mr Woolley.

"It is immense, remote and expensive to survey – so gaining accurate knowledge about the variety of life in the deep sea is difficult."

Over the past two decades, the team has visited museums around the world and combined their collection databases with information from scientific literature to create one 'mega database', which charts where marine invertebrate species have been found.

There are over 2000 species of brittle and basket stars, and they are found in all oceans, from coastal areas, to polar regions.

"We lack information about where seafloor animals are distributed and why some areas support more species than others," said co-author Dr Tim O'Hara, Senior Curator of Marine Invertebrates at Museum Victoria, and an Honorary Research Fellow in the School of BioSciences, University of Melbourne.

"This is a problem for deep-sea conservation. It is very difficult to protect deep-sea animals and sustainably manage human activities such as deep-sea fishing and mining if we don't know where animals live."

New technology is making activities such as deep-sea mining for minerals including gold and cobalt increasingly viable.

Using sophisticated computer software, the team of researchers from Australia, Canada and the United Kingdom analysed the global distribution of thousands of species of brittle and basket stars to predict and measure patterns of where species occur across the seafloor. They were then able to use this data to compare biodiversity patterns across three different ocean depths: the continental shelf (20-200m), upper continental slope (200-2,000m) and deep-sea (2,000-6,500m).

"Our major finding is that patterns of biodiversity in the deep-sea differ from those on land or shallow water," says Mr Woolley, who is currently completing his PhD with CEED.

This surprising difference in diversity patterns can be explained by the amount of energy available to support life.

"Ecosystems on land and in shallow water receive energy from the sun - this energy is highest in tropical areas, which therefore support a higher number of species," said Mr Woolley.

"In the deep sea however, very little light or heat from the sun penetrates. Energy comes instead from microscopic animals and plants (plankton) that grow in the warm surface waters and ultimately sink to the seafloor to be consumed by hungry creatures living in the dark. There are more plankton in the southern and northern oceans than near the equator."

The team hopes that as data from around the world is collected, global maps of seafloor diversity will continue to become more detailed, increasing our knowledge about the distribution of marine biodiversity. Such maps are crucial for managing the conservation and sustainable use of the deep oceans.

The United Nations is currently negotiating a new international agreement for the management of the high seas through the UN Convention on the Law of the Sea. This research will help inform this process by identifying marine biodiversity in areas beyond national jurisdiction. 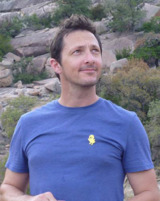