Social media politics: for and against

According to US President Barack Obama, political discussion has deteriorated to the point where Republicans and Democrats simply don't listen to each other.

"They just listen to people who already agree with them," Mr Obama told Fox News. "Republicans have their own TV station, their own radio, they've got their own publications, their own blogs. For Democrats it is the same thing. Increasingly what happens is, we don't hear each other."

His comments feed into wider concerns that democracy is being undermined by attack politics and a lack of bi-partisanship. Both presumptive US presidential candidates, Donald Trump and Hillary Clinton, are starkly divisive figures.

In Australia, there are the same fears. Prime Minister Malcolm Turnbull was famously dumped as opposition leader in 2009 when he tried to make an agreement with then Rudd Labor government on an emissions trading scheme. Climate policy has been marked by bitterness ever since. Australia's relations with Aborigines, its immigration and asylum seeker policies, and debates over gender and sexuality have all become divisive political battlegrounds.

Paradoxically, these concerns for the health of democracy are emerging when the advent of the Internet and social media has brought ordinary citizens unprecedented access to information and unprecedented power to mobilise. In both this year's Australian and US elections, social media will be used to engage voters like never before. But is social media part of the problem or part of the solution?

On the one hand it is a powerful platform for ordinary citizens to expose wrongdoing and mobilise. But on the other, it is a platform for peddling lies, xenophobia and propaganda.

Here Dr Aaron Martin of the University of Melbourne's School of Social Political Sciences makes the case that as it stands, social media is dangerously undermining political discussion. On the other side Dr Denis Muller, of the Centre for Advancing Journalism at the University of Melbourne, argues that social media has enormous potential for improving politics, if we only want it to.

THE CASE AGAINST – Dr Aaron MartiN

For Dr Aaron Martin there is no denying the emancipatory power of social media. But he argues that the way it is currently being used is creating a political discourse dominated by outrage, prejudice and self-absorption at the expense of understanding and the responsibility of the citizen to take an interest in broader issues of society and government.

Dr Martin warns that as people increasingly rely on social media for their news and information, it risks becoming a huge "echo chamber" where people's prejudices are endlessly reinforced.

He points out that social media is primarily driven by connecting people with shared interests. That is one of its strengths, but he is concerned that as a result it is encouraging a fractured politics where people are narrowly interested in only their own concerns. And the tenor of such debates on personalised issues is inevitably partisan and prejudiced, with dissenters often demonised, he says.

"Democracy relies on citizens having some exposure to people with a different set of beliefs to their own. But the way social media is evolving and being used, it is encouraging people to speak only to others like themselves and to focus on issues that only matter to them and their friends," Dr Martin says.

"We know from studies that people look for information that confirms their pre-existing views and beliefs, and in a social media environment that is really dangerous.

"The old media model is far from perfect but at least it gave people some exposure to a broad range of issues beyond the issue of the day, and on the issues that matter to the country as a whole, not just to individuals.

"So the danger is that if a traditional media that covers politics more broadly loses its audience to social media, we as a society will lose perspective.

"To date we have done a good job in this country of taking a larger collective view of problems and issues, but I worry that we have this fracturing of the public that risks being amplified by social media.

Our sense of being in a collective, a shared republic, is at risk of being lost because people are only talking to people who agree with them and the other side is demonised.

Dr Martin is also concerned social media encourages "cynicism chic" where what is valued is the appearance of being knowledgeable and being "above it all", rather than actually engaging with what are often very complex policy problems. He argues this encourages a simplistic view on social media of policy problems, and a widespread, but often unjustified, cynicism towards politicians that could undermine government by making citizens apathetic.

"People from all side of politics often have good intentions, it is just that they have different views on how to deal with particular policy problems. But politicians must feel incredibly constrained by social media," Dr Martin says.

"We all complain that politicians should be more open and speak honestly, but we have to take some responsibility because as soon as a politician says anything they risk being attacked on social media.

"The alternative is that maybe what we are seeing a reversion back to the historic role of the press as a highly partisan vehicle for news. Are we gradually replacing an impartial press, which is, historically speaking, still a new idea, with a highly partisan social media?"

THE CASE FOR – Dr Denis Muller

Dr Denis Muller readily concedes social media is a haven for assertion and crude political attacks, as well as an echo chamber for our own prejudices. But he argues the potential benefits for democratising the political discourse are just too important to ignore.

The challenge, he says, is to fully realise the democratic potential of social media by giving it time to develop the same norms and standards that have characterised political debate in the past, where the courts and established media have acted as gatekeepers. The key will be to achieve that while fostering the new freedom and diversity that social media offers.

"We have to learn as a society to be more mature in the way we use this tool and we have to be able to moderate ourselves," Dr Muller says.

We can't put the social media genie back in the bottle, and we shouldn't want to given its huge democratising potential.

"Social media has given everyone the ability to be a publisher. Access to a platform, whether it is print, a microphone, or a television camera, is no longer the preserve of the privileged few in the established media, but is available to everyone with an Internet connection and the skill to use it.

"What we need to do is recognise this potential and look for ways to manage it and trust that, over time, society will apply the same norms to public exchange on social media as we apply to other places of public exchange."

Social media, Dr Muller argues, is a welcome democratic challenge to the power of the established media and institutions like the courts. Thanks to social media, he says a knowledgeable citizen now has power like never before to call out falsehoods, propaganda and inaccuracies in the mainstream media, subjecting professional journalists and publishers to unprecedented scrutiny.

Likewise, Dr Muller points out that the courts can no longer easily suppress information. A suppression order can only stop information being reported by local media. It can't stop the details of court documents leaking out over social media. And while this presents a problem for preserving impartiality in jury cases, Dr Muller argues it is a problem that needs to be embraced by recognising that we need alternatives to the current system of simply telling people they aren't allowed to know something.

"We need to wake up to how big a change this is, because our institutions can't be multi-jurisdictional. They can't control social media the same way the judiciary can control traditional media," Dr Muller says.

He argues that a key way to inject constructive constraint into social media is to encourage the growth of "citizen journalists" who can apply the traditional hallmarks of good journalism such as verification, fairness and impartiality. However he warns that for that to happen we need to develop new business models to financially sustain journalism.

"Over time I expect citizen journalism will begin to develop in a much more professional way in terms of standards, so that material is verified and presented with a degree of impartiality. But I think that is a fair way off at the moment because there is no way of making a living out of it," he says.

Beyond democratising information and exposing wrongs, Dr Muller argues that social media is a powerful tool for connecting and mobilising people, especially in places where information is actively suppressed.

"The role of social media in bringing people out into the street is at its most powerful in countries where there are no truly democratic institutions and where without social media people have no alternative sources of information. But it is also a powerful mobilising force even in mature democracies," he says.

"We need to give social media time, recognising that it has this huge democratising potential." 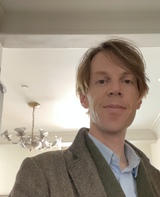