The computer program that saved a town

January 2, 2015: An ominously hot Friday at the height of a bone-dry Australian summer. Bill Taylor remembers the wind, a "stiff northerly", as one harbinger of the trouble ahead.

Just before noon, Mr Taylor, farmer and fire captain of Moyston, in Victoria's western district, received a pager message that a fast-moving grass fire was bearing down on the town and its 350 residents. "By the time I got there it had progressed about 400m and was 50m wide," he recalls. "It jumped the road and we'd lost it.

"It got into a paddock of old Phalaris (grass). Two of our trucks were on site, but the flames were rearing above where the firefighters were standing. They had to back off due to the radiant heat."

And then something unexpected happened. Instead of the usual reinforcements of fire trucks and crews summoned urgently from around the district, the next thing Mr Taylor knew two large air tankers were circling above.

"They laid down water on the north side of the town," he says. "It slowed the fire and bought us enough time to get more appliances in. That initial strike saved Moyston.''

In turned out Mr Taylor wasn't the only one observing the fire and becoming alarmed at its potential.

About 220km away, in Victoria's State Control Centre in Melbourne, analysts had been watching the blaze unfold and using innovative computer software to calculate its likely harm.

Those air tankers arrived so quickly in part because of PHOENIX RapidFire, a fire simulation program developed by researchers from the University of Melbourne working in the former Bushfire Cooperative Research Centre. PHOENIX RapidFire is changing the way we fight fires.

The program, which can be accessed remotely on a laptop, saves critical time by producing in minutes predictions that used to take an hour or more.

It can also be used to deploy limited resources more efficiently.

Those fire behaviour analysts working far from the Moyston outbreak had fed key data, such as the fire's ignition point and start time, into PHOENIX RapidFire. Within five minutes they produced a graphical projection of where the fire, if unsuppressed, was likely to spread in the next few hours and what communities were at risk.

The software has been used operationally in Victoria for the past four fire seasons. Within 10 minutes, predictions can be published on the web and sent by email to the mobile phones of the fire controllers on the spot.

"PHOENIX RapidFire is a fantastic tool," says Victoria's Emergency Management Commissioner, Craig Lapsley. "In the Moyston fire, for instance, the original prediction turned out to be pretty close to what happened over the next three or four hours."

As analysts ran and reran the program with constantly updated information, they found they could track the impact water bombing was having on the fire. PHOENIX RapidFire also showed the potential danger to the regional city of Ararat to the east, and a contingency plan to protect the city was enacted.

An advantage of PHOENIX RapidFire, says Bill Taylor, is that it often provides a clearer overview of a fire than can be pieced together from on-the-spot reports. "We are trying to fight the fire, so the feedback from the front can be a bit patchy and vague," he says.

Although the Moyston fire kept running to the south and caused considerable damage – destroying two houses and thousands of sheep – by nightfall it had been contained.

And by the end of the next day, despite a couple of outbreaks to the east and with the help of some rain, it was under control.

Yet PHOENIX RapidFire wasn't developed for firefighting operations. Initially, it was put together as a tool to allow researchers to study how different conditions, fire season preparation and management decisions affect the course of fires – in short, to study questions such as the impact of prescribed burning or the position and number of roads or fire breaks.

These issues concerned experienced fire ecologist-turned-academic Associate Professor Kevin Tolhurst, from the University of Melbourne's School of Ecosystem and Forest Sciences. Clearly, they could not be studied by direct experiments; that would mean lighting hundreds or thousands of fires to measure their impact.

So Associate Professor Tolhurst and programmer Derek Chong built and merged two models – PHOENIX, which describes what a bushfire is like at any point in the landscape, and RapidFire, which analyses how a fire interacts with important assets, such as houses, power lines, catchments and biodiversity. "We wanted the result to be as realistic as possible," Associate Professor Tolhurst says.

And realistic it is. Mr Chong demonstrates its power by simulating the Black Saturday bushfires that swept Victoria in February 2009, killing 173 people and destroying more than 2000 houses.

"I find this quite unnerving," he says, as he watches the dots representing houses overwhelmed by fire. "This is quite a good representation, and we could have been doing this five minutes after the fire had started." Unfortunately, PHOENIX was not ready for service at that time.

As it runs, the software preloads relevant data about the fire area in six-kilometre by six-kilometre blocks – information on the terrain, where houses and infrastructure are located, and details on the moisture content of vegetation. The program also grabs the latest weather readings from the Bureau of Meteorology. And then, using algorithms, it calculates the fire's characteristics, including heat and flame height, on a finer scale 180-metre grid.

But a bushfire is a complex system, and to boil down all that information into a prediction of its course, Associate Professor Tolhurst says, takes a blend of about 30 different models of the interactions at play.

These include factors such as the mix of vegetation types or the impact of the tree canopy on the winds or how eucalypts spark to form spot-fires ahead of the main fire.

And the result has been so successful that PHOENIX RapidFire is now used operationally to fight fires in Victoria and NSW, and in studies of fire risk in Queensland and Tasmania.

In Victoria, Commissioner Lapsley says, the software is used not only to fight fires, but also to prepare the state for the fire season and for bad fire days in particular. "Before extreme, severe and Code Red days, we can run scenarios of fire spread for certain areas at particular times of the day, and publish them. Then we can have a teleconference of all our fire controllers to discuss strategy."

After the 2009 fires, Associate Professor Tolhurst says, power companies in Victoria allocated $700 million to upgrade and improve their networks against fire. They have used PHOENIX RapidFire to assist in that work, as has telco Telstra in planning where to position mobile phone towers to ensure the spread of information during fire emergencies does not encounter black spots.

The Rural Fire Service in New South Wales uses PHOENIX RapidFire somewhat differently, according to fire behaviour analyst Dr Stuart Matthews. As in Victoria, the model is part of the armoury of fire behaviour analysts at the State Operations Centre in Sydney, but its main role is to allow a quick assessment of fires across the state to sort out which need to be looked at in detail.

Then the strategy for those fires is worked out using more traditional methods, which allow for adjustments drawing on the experience and insight of fire managers.

"We actually erect a virtual wall between the analysts using conventional manual methods and those using the computer model, so they don't influence each other," Dr Matthews says.

This allows RFS personnel to compare and contrast the results. "But we've found PHOENIX to be a very useful tool. We use it almost every day during the fire season."

The future, he says, may involve blending a mix of different models of fire behaviour to give a prediction.

But it is unlikely that PHOENIX RapidFire will be marketed to the rest of the world, he says, because of a feature of Australian forest fires that occurs in few other places: eucalypts and their capacity to send out embers that ignite spot-fires ahead of the main blaze. This is explicitly modelled in PHOENIX RapidFire.

Not surprisingly, the program is constantly being upgraded to become more precise and include more features as new technology and code become available. The Victorian Department of Environment, Land, Water and Planning continue to fund and support the development of PHOENIX RapidFire. One area of interest is what happens in the plumes of heat and smoke that form above fires and drive the embers which generate spot-fires.

To help with this and other factors, Associate Professor Tolhurst would like to introduce three-dimensional modelling into PHOENIX RapidFire, but using present algorithms this would demand hours and hours of supercomputer time, defeating the purpose of a portable model capable of providing answers in minutes.

More attainable is a generic form of prediction that could be released to the public via mobile phone. Derek Chong has already developed a research app for smartphones and even smart watches.

Craig Lapsley hopes an app prototype may be available for general release by the end of 2015. What he has in mind is not the precise maps used in decision-making by fire controllers, but information so people at risk could make a better and earlier assessment of their predicament – in a form that's easy for them to interpret.

He also thinks the same computerised predictive techniques may be applicable to other emergencies, such as flooding and some forms of pollution.

As well as warning people of the potential risks they face, such predictive programs might also moderate one of the nasty consequences of natural disaster, post-traumatic stress disorder. This can affect up to 15 per cent of people.

According to Associate Professor Lou Harms, of the University's Department of Social Work, who has been involved in a "Beyond Bushfires" study of people affected by Black Saturday, a clearer understanding of bushfires can allow people to function more coherently – and that's a possibility PHOENIX RapidFire opens up.

"When people are not shocked or overwhelmed by what's happening around them, they tend to stay thinking, rather than panicking," she says. 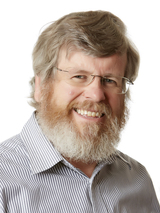