Treating chronic knee osteoarthritis is set to go "virtual" after new research found that exercise delivered by a physiotherapist via Skype, combined with an automated online pain-coping program, has substantial benefits for improving pain, function and quality of life.

The results suggest such online programs could become a widespread, and ultimately cheaper, treatment for a host of chronic conditions that require exercise and pain control to manage them.

But lead researcher Professor Kim Bennell, of the University of Melbourne says there is a lack of funding support for such online delivery, noting that Medicare in Australia doesn't cover online physiotherapy treatment for osteoarthritis.

"We need to be looking at how we can deliver effective treatments like these in a more accessible and cost effective way, such as online, and the health care funding bodies need to be looking at how such different delivery methods can be made available to patients and funded," says Professor Bennell, the Director of the Centre for Health, Exercise and Sports Medicine in the School of Health Sciences.

The research, published in US journal Annals of Internal Medicine, tracked 148 patients in Australia suffering from chronic knee pain, largely due to knee osteoarthritis, which is a major source of disability that is set to worsen in ageing populations.

Participants in the intervention group underwent seven sessions over three months with a physiotherapist using Skype in which the clinician would demonstrate exercises and teach patients how to do them. At the same time, patients completed eight modules of an automated pain coping skill training program called PainCOACH, which was developed by the researchers. The program teaches patients psychological techniques to reduce pain such as muscle relaxation and coping with negative thoughts, as well as how to pace activities to minimise pain.

"We didn't directly compare online delivery with in clinic face-to-face consultations, but the benefits that were achieved using Skype and the online program were comparable with those we see from the same treatments delivered via the traditional means," Professor Bennell says.

"It shows there is no reason for the treatments to be only delivered in a typical in-clinic consultation.

"Previous research has already shown that face-to-face in-clinic delivery of physiotherapy exercises and cognitive behavioural therapies such as pain coping skills training delivered by psychologists and other professionals are effective. By delivering these online, we can make these services more accessible for people who live far away from service points or who struggle with limited mobility."

Professor Bennell says exercise is the core treatment for osteoarthritis and that effective pain coping training was important in encouraging sufferers to persist with their exercises and to manage the condition themselves. But she warns that a lack of access and funding to physiotherapists and expensive pain counselling, could contribute to an overuse of drugs, as well as surgical procedures like arthroscopies that she says research suggests don't work.

"Teaching patients to self-manage their osteoarthritis is crucial as the condition has no cure. Using technology to make treatments that encourage self management more accessible and convenient is important. But at the moment we are not supporting such self-management enough."

Some of the eight physiotherapists who delivered the Skype sessions were initially sceptical because they are accustomed to being "hands on" with patients. "But they reported back that the experience had been really useful and rewarding in that they had to put extra focus into tuning into the needs of the patients and could see the benefits that the patients received," says Professor Bennell who is herself a trained physiotherapist.

While the average age of the patients was about 60, age didn't prove to be a barrier to the up take of the technology. Although some had never used Skype before, Professor Bennell said they were able to get up to speed once they were shown how. And many reported that they felt more comfortable consulting the physiotherapist and learning the exercises because they were in their own homes. They were also able to log onto the internet and complete the pain coping skills program at their own leisure.

"Interestingly, a lot of participants said they actually found the experience a lot more personal than going to the clinic." 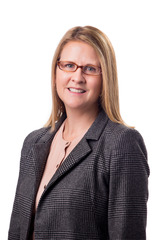