How should people who care about gender equality in the workplace argue their case? The most popular approach is to make the "business case" argument: that greater inclusion of women enhances profits and performance.

Unfortunately, the business case argument often draws on a "gender essentialist" view. This holds that women are fundamentally, immutably and naturally different from men. The inclusion of women benefits the organisation, it suggests, because women bring uniquely female skills and perspectives that complement those of men.

One company that provides gender diversity leadership training programs, for example, recommends "learning how to recognise, value, and leverage" the "naturally occurring characteristics that distinguish men and women".

Our research, published in the journal PLOS ONE, points to some concerning workplace impacts of this inaccurate view of the sexes.

The "men are from Mars, women are from Venus" view of the sexes is undermined by decades of behavioural science.

We simply can't predict how an individual director will think or lead, based on their sex.

Previous studies have shown that people who think in essentialist, "interplanetary" ways about gender tend to hold attitudes, perceptions and preferences that reinforce the gender status quo. Our research took these investigations in new directions, and our findings have implications for workplace dynamics.

What did we find?

We trialled this new scale in large, nationally representative samples of about 1,800 people in Australia and Denmark.

In both countries, gender essentialists were less supportive of gender equality than non-essentialists. They were less in favour of egalitarian roles in relationships, parenting, work and education.

Read more: How women led the rise of professional work in the Australian economy

Interestingly, Australian men thought in a more essentialist way about gender than Australian women, but Danish men and women did not differ.

In both countries, gender essentialism was associated with anti-egalitarian gender attitudes and beliefs, independently of political orientation and general acceptance of social hierarchy.

In other words, gender essentialists don't oppose gender equality simply because they are conservative or generically anti-egalitarian.

We also investigated whether gender essentialists would react negatively towards women and men who don't conform to gender norms.

This reaction is known as the "backlash effect". We anticipated that people who see gender categories as natural and deep-seated would be especially critical of others who violate gendered expectations.

These results point to the value of research into whether gender-essentialist beliefs are implicated in other forms of gender bias. For example, are gender essentialists particularly unsympathetic to working fathers who ask for flexible or part-time work? These kinds of questions warrant further investigation.

What are the implications?

Our findings raise some important questions for human resources practitioners working to reduce gender-based discrimination in organisations. Are programs that promote the essentialist view that women and men have fundamentally different and complementary skills impeding rather than improving workplace equality? Might programs that challenge inaccurate gender-essentialist beliefs be more effective than unconscious bias training programs?

Finally, our findings point to the need for care and accuracy in how arguments for promoting women's leadership are made. Arguing that women have uniquely empathic or collaborative leadership styles could have counterproductive effects on gender attitudes.

We can discuss the benefits of including previously excluded perspectives and experiences without attributing those different standpoints to a timeless, universal womanly essence.

We can recognise gender balance changes group dynamics by altering group norms, not by a simplistic "just add woman" model. Simply dropping female workers into an organisation with a non-inclusive culture will not transform it by pink magic.

And we don't have to fall back on gender essentialism to argue that institutions led primarily by a homogeneous group will tend to neglect the interests, concerns and needs of other groups. 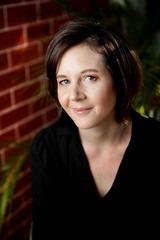