Politics of the pill: why we don't have better contraceptives

Politics of the pill: why we don't have better contraceptives

More than 50 years after Australian women first had access to the oral contraceptive pill, research into new contraceptives has stalled and women are stuck with new versions of old products to manage their fertility. Why? Sadly, the answer comes down to politics.

US obstetrician-gynaecologist and researcher Elizabeth Raymond and her colleagues write in today's Journal of Family Planning and Reproductive Health Care about a contraceptive pill that could be taken once a month, when a woman's period was delayed, to prevent pregnancy. They say that such a pill is scientifically feasible and should be researched.

But they fear politics is standing in the way of research into these novel methods because so-called "post-fertilisation fertility control agents" are seen as unacceptable to anti-abortion activists.

There is some subtlety to their argument. Fertilisation occurs when the sperm and egg join, and implantation of the fertilised egg in the uterus wall is considered the commencement of pregnancy. In order to be called a contraceptive, a technology needs to work before implantation. A drug capable of disrupting implantation is considered an abortifacient – a drug that induces abortion.

The authors argue that some women would be comfortable with a technology that acts in this brief window after fertilisation and before implantation.

When we look back over the history of research and development into contraceptives, it's clear that women's needs and concerns are rarely at the forefront. In the 1930s, for instance, researchers knew that female sex hormones could be used as a contraceptive, but this finding was not followed up due to fear of upsetting the Catholic Church.

The introduction of the pill would have occurred much later than 1960 if it were not for feminist philanthropist Katherine McCormick. She became increasingly frustrated while funding birth control clinics in the 1950s because of the lack of safe, reliable birth control options for women.

She and birth control activist Margaret Sanger offered money to an unconventional researcher, Gregory Pincus, who was working outside of academia, to pursue this unpopular line of research. Pincus recruited John Rock, and the pill was developed in secrecy and trialled in Puerto Rica and Haiti.

Early trials did not mention the word "contraceptive". While the researchers knew it was possible to stop a woman menstruating with the pill, they instead manipulated the regimen of the pill so that users would menstruate and have a 28-day cycle. In this way, the pill's promoters were able to argue that the hormones in the pill were "mimicking nature" and were therefore "natural". This was necessary to convince conservative forces to support its introduction.

There is plenty of evidence that political forces still influence research agendas today. The introduction of medication abortion in Australia was delayed due to political opposition, and has only this year become more widely available in Australia, despite being used successfully in Europe for many years.

There is also no evidence of innovation in contraceptive methods. New methods introduced since 1960 are just different delivery methods for the same types of hormones used in the pill (implants and injectables) or newer versions of the IUD (Mirena). Nothing genuinely new has been developed.

And where is that male pill? It has been touted as being on the verge of release for years.

We now accept that contraception is a fact of life. Women expect to be having sex for a number of years before commencing child-bearing, if at all, and they manage this using contraception.

But we still have trouble with abortion. Despite one in three Australian women having an abortion in their lifetime, we still blame the woman, and lament the poor decisions that led to her need for abortion.

We leave women carrying a lot of baggage around managing fertility – and blame them when something goes wrong – without many tools to do so.

An idea developed in social science studies of technology is that our science and technology reflect back to us our values as a society. If this is so, then the research into contraceptive technology indicates we believe contraception is a "woman's" problem, not a man's, and that it is okay to contracept before sex, but not after.

However, if we are serious about reducing the number of abortions in Australia, we need to find better contraceptives, offer men and women more options, and support them to use them as effectively as possible.

We need another Katherine McCormick: someone who is inspired to put resources into addressing the issues that women face today, because if history is anything to go by, governments and business are unlikely to take the risk.

We also need the imagination to devise genuinely new options and we need to break out of the old stereotypes about good and bad women, and instead look at how the technology we have limits and constrains our choices. 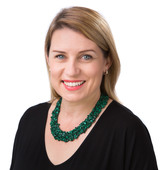