The majority of Australians are not saving enough for retirement

The majority of Australians are not saving enough for retirement

Only 53% of couples and 22% of single people are on track to achieve a comfortable level of retirement income, according to an in-depth study of the adequacy of retirement savings.

The outcome of a collaboration between researchers at the University of Melbourne and Towers Watson, the study has found a significant number of Australians are not likely to achieve adequate retirement incomes, even when all sources of savings are considered.

The research sought to address the considerable uncertainty among policy makers and the broader community about the extent and nature of retirement savings deficiencies in Australia. To do so, we developed a set of metrics indicating the adequacy of retirement savings and applied those metrics to a large representative sample of the Australian population.

The clear finding is that most Australians are still not on track towards reaching a comfortable income during retirement, and will continue to draw a large part of retirement income from the age pension. The implication is that, despite superannuation reforms dating back over 20 years, the problem of inadequate retirement savings remains a significant public policy issue for Australia.

An important innovation of our study is that the metrics we developed take into account not only superannuation holdings (and projected growth in superannuation holdings through investment returns and future contributions) and the projected age pension entitlement, but also a variety of other household assets that could be used to fund retirement, including various financial assets and property.

Using this information, we are able to forecast a person's expected income throughout retirement. We then compare this income to a "target" income, which is provided by the Association of Superannuation Funds in Australia (ASFA) Retirement Standard for a "comfortable" lifestyle. The ASFA standard for a comfortable lifestyle is a widely used benchmark, and specifies a minimum income of A$57,665 for couples and $42,158 for single people.

We projected retirement income levels for a large, representative sample of Australians aged 40 to 64 ­– drawn from the nationally representative Household, Income and Labour Dynamics in Australia (HILDA) Survey – and compared our projections to the income required to sustain a comfortable lifestyle.

Based on our calculations, only 53% of couples and 22% of singles are on track to achieve a comfortable level of retirement income.

Our calculations have several implications. First, they show that, for most people, superannuation is not sufficient to fund a comfortable retirement, even if they have contributed to superannuation for most of their working lives.

Second, it is important to take into account all potential sources of retirement income, including non-superannuation assets, when computing the adequacy of retirement savings. Omitting any of these sources will likely lead to substantial under-estimation of adequacy.

Our analyses show that most people need to think ahead to their financial situation in retirement and, if possible, make some changes – the sooner, the better. The first step is to find out whether your savings are likely to be adequate – and you can now do this easily on the ASIC MoneySmart web site.

The site offers a calculator based on a simplified version of the algorithm we used in our study. It takes less than 10 minutes to enter the required information and obtain an estimate of the adequacy of your retirement savings.

Knowing now whether you need to save more towards your retirement is an essential first step towards a retirement in which you don't have to fear running out of money.

Professor Kevin Davis contributed to this study, which began prior to his appointment as a panel member of the Financial System Inquiry. 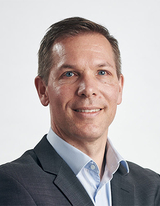