Australia, what do you think of the NBN?

Australia, what do you think of the NBN?

It goes without saying that the National Broadband Network (NBN) – regardless of who steers the rest of the build – is a major infrastructure project for Australia. And we all know its cost, technical configuration, corporate configuration, end-user value-proposition, economic benefit, social benefit and roll-out pace have all been subject to claim and counterclaim.

But what do the people who will actually be using it think?

We've sampled and analysed public attitudes to, and perceptions of, the NBN through the eyes of end-users who will be the ultimate arbiters of its value, and through the lens of the media who are, at this point in the roll-out, an important source of public information about the NBN.

To do this, we conducted a national online survey of more than 2,000 people to identify broad trends in public attitudes to the NBN, and the factors shaping these attitudes. The survey was open to all people, regardless of whether they had the NBN connected or not.

We followed this quantitative work with in-depth follow-up interviews, and sampled the popular media landscape, undertaking a content analysis to ascertain the type of media coverage that may be influencing public perception.

Our respondents had an overwhelmingly positive attitude to the NBN in general terms. In round figures:

We then looked for why this might be the case.

Positive views about the NBN do not appear to be driven by a sense of dissatisfaction with people's current internet service.

Most of those surveyed regarded themselves as heavy users of the internet, most thought the internet was personally important, and most were satisfied with their current service, regardless of whether they were on dial-up or ADSL2 broadband.

Levels of satisfaction with an internet service are in relation to expectation of that service, not to the objective performance of that service. People pay less for dial-up, expect less of dial-up, and are satisfied with their choice.

As we detail below, positive views about the NBN are more closely associated with expected national benefits rather than any particular or anticipated personal benefits.

Most respondents indicated that they thought the NBN would be of personal benefit (58%), compared to 26% who did not believe this to be the case, and 15% who were neutral. But even after agreeing with this general proposition, our respondents found it hard to identify just what difference to their lives the NBN would make.

To tease out the particulars of personal benefit we put forward 12 commonly made positive propositions suggesting aspects of life which might change (shopping from home, access to education, access to healthcare, and so on) and none of our propositions attracted more than 16% support – the highest being "working from home" at 15.7%.

This, and all the other proposed personal changes in life, were outweighed by those respondents who strongly disagreed with the proposition.

We speculate that respondents find it difficult to imagine how their lives will change, though they do anticipate unspecified personal benefits for themselves and for unspecified others. It may be the bar was set too high in this question, with reference in the question to benefits that will "make a difference in your life".

While 64% were positive about the NBN as such, and 58% could see a personal benefit:

Likelihood to connect thus lags significantly behind perceived personal benefit (58%), which in turn lags behind a generally positive attitude to the NBN (64%).

Parts of our qualitative work suggests this apparent inconsistency between general benefits, personal benefits and likelihood to connect may be accounted for by perceptions of cost or the relevance of the new service: that is, while the NBN may be regarded as better than existing infrastructure, particularly in regard to speed, costs may be seen to outweigh personal benefits and thus some may not connect.

According to a respondent from Brunswick, Victoria, one of the first roll-out areas for the NBN in 2010:

Before the NBN there were primarily two variables: price and data. But [with the NBN] there are three variables: price, data, and speed. The current speeds we have are slower than the NBN, but we have unlimited download.

It would cost us almost twice as much to download as much as we have now, regardless of speed. So we decided not to get an NBN plan as it didn't seem as good as the one we have now.

Alternatively, the NBN may be perceived as nationally beneficial (for example for business productivity or rural residents) but this is not seen as offering a personal benefit.

In addition to personal benefit, our respondents identified and supported national benefits associated with the NBN. Six positive claims about the NBN were plucked from the political debate (such as "it will future-proof Australia"), along with six common criticisms (such as "Australia cannot afford it").

All six of the positive claims received majority support and while no negative claim did, all negatives received a majority neutral response.

Our respondents also approved of the fact that the NBN roll-out is at this point an exercise of public enterprise rather than private enterprise or a public-private partnership competing in a market.

The perception of both personal and national benefits associated with the NBN stands in contrast to the way the NBN has been covered in the media.

We sampled 30 opinion or analysis pieces in The Age and The Australian newspapers mentioning either "NBN" or "National Broadband Network" in a title over the last five years.

The analysis of the sample indicates that media sentiment about the NBN is almost always negative, regardless of masthead, and this negativity was primarily focused upon the technical configuration of the NBN, and the cost and the management of it.

More surprising, however, is the disparity between media representations and public perceptions, given that there were only two opinion articles that placed the NBN in a discernibly positive light (one in each newspaper).

Public attitudes, whether related to personal or national benefits, appear to be resistant to the influence of parts of the media, and instead shaped by other sources of information.

These other sources of information may be word-of-mouth, NBN advertising, or even online sources, each of which requires further investigation.

The full report this article is based on will be available in October 2013 on the IBES website. 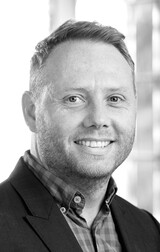 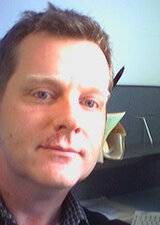 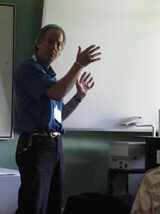