Why our university funding debate wouldn't make sense to Germans

Why our university funding debate wouldn't make sense to Germans

The recent decision to eradicate all tertiary fees in Germany provides interesting points of comparison between how Australia and Germany view education.

In Australia, recent decades have seen a considerable shift toward conceiving of higher education primarily in terms of an "industry". As part of this change, universities have become increasingly regarded as corporate organisations competing in the local and international service economy.

At the same time, the perception of universities as social institutions providing orientation to society has waned. In line with this shift in perceptions, the relative public funding provided to universities has suffered a continuing reduction. In 2012, less than 50% on average of the revenue of "public" higher education providers came from Australian government sources.

In Germany, the purpose of higher education has likewise become in recent times increasingly framed in terms of more practical economic goals and concerns.

But in Germany, in contrast with Australia, the political push for a more practical, economically oriented view of higher education is not so much centred on the notion of universities becoming corporate organisations competing in a marketplace. Rather, in current German politics and policies, universities tend to be primarily regarded as vital infrastructure for the economy at large.

This difference in how the economic role of universities is framed in each country translates into different approaches to core policy issues such as funding, tuition fees and internationalisation.

In Germany, as has been recently noted in The Conversation, even low-level tuition fees have proven to be rather unpopular. As a result, all German states have eventually scrapped all fees. Moreover, there still is a relative consensus in the political arena that it is the government's responsibility to provide the bulk of funding to universities. German universities receive around 90% of their funds from the public purse.

The primary motive for this push toward internationalisation in German higher education has been the need to tackle shortages of skilled labour. A related concern has been addressing long-term demographic developments. There are no tuition fees for international students in Germany. This is not likely to change in the near future, partially due to legal constraints imposed by the German constitution.

By contrast, Australian universities have been attracting international students, very successfully to date, mainly in order to compensate for the reduction of public funding from the Australian government.

Overall, the framing of higher education in terms of infrastructure may be one of the reasons for there being less reluctance in Germany to provide substantial public funding to universities than there has been in Australia. It also may partially explain why, in Germany, the debate concerning the public and/or private benefits of higher education, which we have become accustomed to in Australia, has had hardly any traction whatsoever. 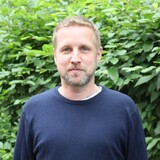