Fire profoundly influences human health, the economy and wildlife. In Victoria, for instance, bushfires have burned more than one million hectares since 2009, claiming 178 lives and more than 2,300 homes, and causing more than A$4 billion in social, economic and environmental costs.

Reducing fire risk is a global issue, as highlighted by recent devastating fires in the United States and South Africa, as well as in other Australian states.

To reduce fire risk, the 2009 Victorian Bushfires Royal Commission recommended that the Victorian Government aim to burn at least 5% of public land as an annual rolling target. The Inspector-General for Emergency Management is currently reviewing this simple percentage target against a new risk-based approach to bushfire management.

Is a state-wide percentage target the best way to reduce risk to human life and property and maintain our globally significant biodiversity? We think not.

Across the world, planned burning is the main tool for reducing bushfire risk. It is effective when used in key locations by reducing fuel loads, which in turn reduces fire spread rate and intensity. Appropriate planned burning can also manipulate native vegetation to benefit certain plant and animal species.

But burning 5% of public land each year (390,000 hectares in Victoria's case) has three main limitations.

1. It causes biodiversity to decline

Many native plants and animals rely on fire to regenerate habitat and maintain populations, but too much fire can be bad.

Our new research, published in the journal Ecological Applications, shows that burning 5% of public land each year will harm biodiversity in the mallee shrublands and woodlands of northwestern Victoria. Based on extensive surveys of birds, mammals and reptiles, we found that burning 5% of a given area increases the risk of extinction of a range of native species.

This is because, while some species prefer more recently burnt vegetation, most fire-sensitive species occur in older vegetation, which is largely eliminated when burning 5% each year.

To date, this is the only peer-reviewed paper that predicts how Victoria's current burning strategy influences wildlife diversity.

2. It overlooks important differences between ecosystems.

The current percentage-based strategy does not focus enough on the most at-risk Victorian communities. Large-scale planned burning in remote areas, such as the Murray Mallee region, makes it easier to achieve the state-wide planned burning target. But it is an inefficient use of resources, and does little to reduce the risk of major bushfires to human life and property.

Research completed after the 2009 Black Saturday fires showed that the most effective way to protect houses is through burning (or clearing) vegetation in close proximity to properties. Burning in more remote regions has little impact on reducing risk.

A separate study showed that planned burns next to properties can be five times more effective than planned burning far from houses. Fire management will most effectively reduce the risk to human life when it is implemented next to the most high-risk properties.

A state-wide target, in contrast, encourages burning in remote locations where the benefits are negligible and fire-management resources are wasted.

We strongly support this more sophisticated, regional risk-management approach. After all, planned burning to protect human life and property should naturally focus on places where people are most at risk from major bushfires.

Another new piece of our research, published in the journal Conservation Biology, offers a way to predict how planned burning also influences risks to biodiversity. This will allow land managers to consider trade-offs between protecting people and conserving wildlife when applying planned burning.

Just as the 5% target is an inefficient method for minimising the impact of major bushfires on human life and communities, it also has negative consequences for the resilience of natural ecosystems.

It's time to drop the simple 5% target. It is a blunt tool, and a risk-based approach more effectively focuses fire protection where it's most needed: safeguarding people and wildlife. 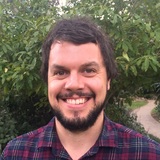