By cutting through the buzz and spin surrounding the federal budget, The Conversation's budget explainers arm you with the key terms and facts needed to understand the budget and what it means for you.

It's going to be a great year for Australia, it's going to be a positive year for the economy. I am more positive about Australia than I have ever been. We are in a great position at the moment. On the economy, despite the domestic challenges, we are delivering the jobs, and importantly it is going to get better this year. - Treasurer Joe Hockey, Jan 19, 2015 Neil Mitchell, 3AW

Was Hockey right to be so confident? As we head into the federal budget tonight, all eyes will be on how the Coalition government might tackle some challenging economic data affecting Australia's economy. Here's a quick explainer of the major factors affecting revenues and the outlook.

This should be a familiar story to most Australians by now. Over the last 10 years, Australia's economy has ridden on the wave of a sharp rise in the terms of trade (the ratio of export to import prices). This was mainly driven by higher bulk commodity prices, including iron ore and coking coal, which are key inputs in the production of steel, driven by strong demand growth from China. This resulted in a massive investment boom to increase capacity, much of which recently has coming online.

The Department of Industry and Science has forecast growth in global iron ore trade (in tonnages) in 2015 will exceed 4%, with Australia accounting for around 5.5 percentage points. That Australian growth may outstrip global supply reflects an expectation that higher cost producers elsewhere will reduce production.

Consequently, supply growth, including from Australia, has been weighing on commodity prices. But it's not all supply. China last year imported around two-thirds of globally traded iron ore, and growth in the Chinese economy has been slowing. Growth in fixed asset investment, which contributes to demand for crude steel, has declined, with the Chinese housing sector weak. Chinese crude steel production is down a year from ago, and while the Department of Industry and Science forecast that growth will return, it will be much more modest.

Note: Forecasts are from Department of Industry and Science (2015).

What this means is that the recent falls in the terms of trade reflect both supply and demand-side factors. They considerably impinge upon Federal Government revenues, most directly through company tax receipts.

Outside of the resources sector, growth in the Australian economy appears to be soft. While overall output growth grew by a moderately below-trend 2.5% over the year to the December quarter, this partially reflected the strong growth in resource exports. Alternatively, domestic final demand growth, which excludes both net exports and inventories, was weak (1.2%).

This soft output growth outside of the resources sector, together with resources companies reducing jobs, has resulted in the unemployment rate gradually increasing to 6.2%.

This is higher than estimates of the non-accelerating inflation rate of unemployment - the level of the unemployment rate consistent with unchanged inflation - although such estimates are inherently uncertain. Nonetheless, this signals that the economy is currently operating beneath its capacity. The under-utilisation rate – which also takes into account people working fewer hours than they desire – paints an even softer picture.

So, considerable slack exists in the labour market. This is restraining growth in wages, and therefore inflation.

But low wages growth also acts to restrain disposable income and hence consumption growth. Consumer sentiment, as measured by the Westpac-Melbourne Institute survey, is presently is below average. In particular, respondents' views about their families' finances currently compared to a year ago and future economic conditions are weak.

Sectors outside the resources sector

There is evidence that some sectors of the economy are moving out from the shadow of the resources sector. In particular, residential construction has been growing strongly, with rising dwelling approvals suggesting that this will continue.

But as residential investment is only a small share of the overall economy, its contribution to overall growth is insufficient to offset the falls in mining investment.

Growth in service exports has also improved, mainly reflecting tourism and education. Service exports are the second largest component of Australian exports, but are considerably smaller than resource exports.

A further improvement in competitiveness would promote Australia's non-resource exports, helping to re-balance the sources of growth, and one way this could occur is through a depreciation in the nominal exchange rate.

Ultimately, what is necessary is an upswing in non-mining business investment. Here, there are mixed signals that businesses are ready to invest. Business credit growth, a timely indicator of the state of the business sector, has picked up, but remains subdued. The ABS Capital Expenditure survey (capex) asks businesses about their investment intentions and provides another important signal about the outlook. For the mining sector, the capex survey points to sizeable falls in nominal mining investment both this financial year and next. For the non-mining sector it is a less useful indicator, reflecting coverage issues, but it suggests little growth is likely.

Investment is volatile and modelling it is difficult, which makes it tough to pick when non-mining investment will improve. While the prevailing exceptionally low interest rates should be supportive - with the Reserve Bank of Australia recently cutting the cash rate to 2% - weak business sentiment has been attributed as one restraining factor. Business conditions, according to the NAB Monthly Business Survey, have improved relative to this time last year, although a further strengthening is necessary for a sustained upswing in non-mining investment.

Overall, the Australian economy is in a situation where falling commodity prices are weighing on income growth and domestic final demand growth is soft and is likely to remain so in the near term, limiting the scope for any improvement in unemployment. This is a difficult environment in which to narrow the deficit. 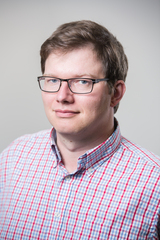