The outstanding, almost overnight success of Pokémon GO in the few countries its officially available has seen crowds of players gather in cities, overload the game's servers and even led to the discovery a dead body.

Pokémon GO is an augmented reality game that uses a smartphone's GPS to help players find Pokémon in the real world. Using the phone's camera, the Pokémon are intelligently overlayed on the real world in real time and revealed to players, who can then catch and collect the 250 different Pokémon.

Encouraging players to further move about the real world, real landmarks – such as Melbourne's Flinders St Station clock tower – are transformed by Pokémon GO into either Pokéstops – spots that allow players to collect in-game items such as Pokéballs – or Gyms – battle arenas held by one of the game's three competing teams; Instinct, Valor and Mystic.

But it is not just buildings of note, art, and murals that are transformed by Pokémon GO. Also included are places such as private homes, memorials, museums, gravestones and hospitals. And yes, you can catch Pokémon in Auschwitz.

By doing this, Pokémon GO appropriates public, commercial and private space for a commercial purpose; it transforms the space and, in some cases, this can be problematic.

What if your house is a Pokemon Gym?

If you have been noticing peculiar crowds of people outside your home this past weekend, or perhaps people driving up and stopping for a few minutes without getting out, you might want to check the Pokémon GO app to see if your home is now also a Pokémon Gym.

This was what Twitter user @boonerrang found on Sunday, as an unusual number of people stopped and lingered outside his home, a converted church, in Massachusetts in the United States.

As ideal as this might be for a fanatic Pokémon GO player who no longer needs to leave the house, 30 strange visits over the course of the day and lingering groups at night might not be the ideal situation for someone else's front porch.

Pokémon GO's creator is Niantec and it currently offers these affected owners no way to have their home removed as a Pokémon Gym.

Right now, it is only taking reports of augmented locations "that present immediate physical danger (for example, they are in the middle of a road or on railroad tracks)".

Where do you go to catch Ghost Pokemon?

As a result, Pokémon GO players have spent days exploring Melbourne's graveyards in the hope of finding some of the rarer ghost-type Pokémon.

While it is not clear if these associations have been made by the developer, many of Australia's memorials and gravestones have been transformed by Pokémon GO into Pokéstops or Pokémon Gyms.

In doing so, Pokémon GO is taking a semi-public space of mourning, of remembrance, and transforming it into a place for play – without the permission of those most significantly affected by it, and with no avenue for having the association removed.

Toronto-based game developer Gabby DaRienzo says this transformation could be an opportunity for people to learn more about local memorials, or explore their feelings around death and cemeteries, particularly for younger players.

But it is easy to see how these appropriations can be problematic, or even offensive. A 9/11 memorial in the United States has been turned into a Gym by Pokémon GO, and the player holding it named their Pokémon "Jet Fuel".

Businesses are also affected by the Pokémon GO phenomenon, with many even advertising their premises as locations for catching Pokémon, a commercial advantage Niantec could likely exploit itself.

But this isn't necessarily an advantage for other semi-public spaces. Informal learning institutions such as museums, zoos, and aquariums have a right to have a say in what kind of play can, and cannot, be augmented on their physical locations.

While they are excellent for encouraging players to go outside and exercise, these kinds of augmented reality games do not just distract those playing, they impact on the people around them. These transformations of space even create safety concerns as Pokéstops in building foyers, or busy intersections, may cause problems.

Like the police station in Darwin that had to deal with too many players wandering in to visit a Pokéstop, hospitals too must not be forced to deal with play being encouraged in extremely sensitive areas.

Who chooses the locations for Pokémon Gyms?

The locations in Pokémon GO were all collected via Niantec's other popular augmented reality game Ingress. In this game, the two teams (The Resistance and The Enlightened) battled over "Portals" that appear at landmarks, crowd-sourced by Ingress players who submitted them.

So what has changed?

Well, first, the sheer number of players. Pokémon GO's international rollout has been paused because its servers cannot cope with current adoption rates. When thousands of players visit a Pokéstop in a single day, the problems around the appropriation of spaces become much more meaningful.

Ingress also augments space by attributing landmarks and memorials with added value in addition to being a noteworthy space. The Ingress community has well-established norms and rules around respecting public spaces when playing.

When Pokémon GO transforms a memorial or gravestone into a Pokémon Gym or a Pokéstop, the landmark is no longer a place for memorial, but a place for Pokémon battles.

Pokémon GO does not employ any game mechanics not seen before in augmented reality games, but its success highlights the issues.

Homeowners, businesses, and communities have no say on which spaces can be augmented for other people's commercial purposes. We need to be able to define no-go areas, and have a say in where these virtual monsters can be found.

If the developers of these augmented reality games do not provide people with the opportunity to moderate the way they augment public spaces, local government or some other authority will be forced to step in, which is undesirable for players and developers of pervasive games. 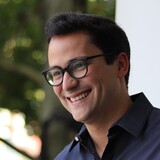