The latest in our Computing turns 60 series, to mark the 60th anniversary of the first computer in an Australian university, looks at how close we came to flu pandemic.

We usually consider the scientific study of infection by a virus, bacteria or parasite as the domain of clinical and biomedical research. Surely, the study of a virus invading our cells, hijacking our genetic replication system and then producing millions of copies of itself is no place for a mathematician or computational scientist.

But driven by the massive increases in computational resources now at our disposal, mathematical scientists are making significant contributions to the study of infection.

Over the past 20 years, mathematical and computational biologists have developed new models that describe the process of infection within a human host.

These mathematical models are built on the same principles that help physicists study the interactions between fundamental particles, or climate scientists model the causes and potential impacts of climate change. The models capture how a virus enters a host and then replicates within cells.

The cascade that is triggered leads to an exponential increase in both the number of viral particles in the host and the number of infected cells. This chain reaction is only curtailed when the host's immune system is activated.

Depending upon the details of the biology, the host may either clear the infection or enter a state of chronic infection. For example, we usually feel better after a few days of the common cold but the HIV virus is chronic and needs a lifetime of treatment to avoid clinical illness (AIDS).

How bad is that flu?

So how does this work in practice? Between May and September 2011, in the Hunter New England region of New South Wales, a cluster of drug-resistant influenza viruses of type A(H1N1)pdm09 were detected through routine surveillance. The strain was a direct descendent of the 2009 "swine flu" pandemic.

The immediate questions were: Will the viruses spread more widely? And are the frontline drugs used to treat influenza about to become redundant?

Clearly, it was neither practical nor ethical to conduct direct human experiments on the likely transmission potential of the virus. So mathematical and computational approaches proved vital to answering these questions.

World Health Organization influenza scientists, based at the Peter Doherty Institute in Melbourne, teamed up with computational biologists from the University of Melbourne to do some carefully controlled experiments using an animal model of infection.

Detailed measurements of how rapidly and efficiently the drug-resistant virus invaded the host were made in the laboratory. These data were then paired with newly developed mathematical models of infection.

The aim was to determine if the drug-resistant variants replicated more or less efficiently than their drug-sensitive counterparts.

The mathematical models developed in the study had to be applied to the data to draw inferences on the likely transmission potential of the drug-resistant viruses.

The computational requirements were significant. It took three months of computation time on high-performance computing clusters at the University of Melbourne and the Victorian Life Sciences Computational Initiative.

What did these combined experimental-computational studies find? The drug-resistant viruses were more capable of spreading through the community than their drug-sensitive counterparts.

Given the continued spread of influenza viruses in late 2011, we would have predicted that the drug-resistant viruses would have outcompeted the drug-sensitive ones to become established in the wider, perhaps even global, population.

But today our drugs continue to be effective against influenza. Why? We think it all came down to a bit of luck.

The drug-resistant viruses arose during the influenza season, in winter 2011 but remained localised to the Hunter New England region.

By that spring, all influenza viruses had begun to be less effective at spreading through the community. It seems that the drug-resistant viruses, despite being the most capable viruses at infecting humans in the region, were doomed.

Since then, further virological, mathematical and computational analysis has confirmed that the drug-resistant viruses identified in 2011 contain genetic variations that enhance their fitness.

There is now a global effort to monitor for those genetic variations, in order to provide an early warning system for detecting potential outbreaks of drug-resistant influenza.

This is but one story of how mathematics and computation play a crucial role in the scientific study of infection. Computational biology researchers are currently asking questions such as how do different elements of the immune system contribute to the control of influenza infection?

We are only just beginning to make full use of the wealth of clinical and experimental data on how pathogens infect a host.

The perspective brought from mathematics and computational science is transforming how we view the disciplines of virology and immunology. We are arguably in the midst of a change from laboratory-based to systems science-based research on infection.

And what does the future hold? With increasing sophistication in models, advances in computational capacity and the experimental data to match, we will soon be able to simulate infection across multiple scales.

Detailed models of infection and immunological responses at an individual level will be coupled together on a massive scale to consider how infections spread through whole communities. This will bring together two established areas of research: modelling of host infection and epidemiological scale modelling.

It will provide new opportunities to study infection and improve the health of populations. And with those opportunities will come new challenges in computation. 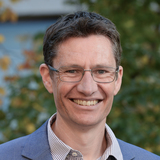