Hide your location on Twitter? We can still find you and that's not a bad thing in an emergency

Hide your location on Twitter? We can still find you and that's not a bad thing in an emergency

Of the millions of Twitter users, there are about 98% who want to hide their location. So they switch off the function that publicly displays the location of any tweet.

There could be many reasons why people don't want their location to be broadcast to the world, but privacy is usually the main driver.

But what they don't realise is that it's still possible to locate many of them, down to at least a few kilometres in some cases. For some authorities, that can be very useful.

What most Twitter users do not know is that when they tweet, they are not only sharing a short message but also some other information. This "metadata" may include a subset of their profile, the type of device their message has been sent from, date and some location data about the message.

Details in the metadata

Metadata may not be made visible by the mobile phone Twitter app to a user's followers, but anyone can access it using the programming interface Twitter publicly provides. So potentially, using several location elements in metadata, the place where a Tweet is posted can be determined.

First, let's have a look at what these elements are. When setting up an account, users specify a location for their profile (it can be left empty as well).

In addition, they have the option to tag a geographical coordinate to their tweets; it is called geotagging. This can be done by the users, or can be automatically derived from the positioning sensors of the device the user is tweeting from.

On top of the profile location and geotagging, users are also able to attach a place name (such as a city or neighbourhood) of their choice to a tweet. The place name is selected from a list that is provided by Twitter.

Besides all the location elements that a tweet implicitly carries, it may itself contain a place name in the 140 characters Twitter allows.

If users decide to geotag their tweets, the location of tweets will be available.

We undertook an experimental study using a random sample of more than 300,000 tweets collected globally in April 2015. Our research indicates only 2% of the tweets are geotagged. But it also revealed that about 40% of tweets contain other location elements we mentioned above.

While it makes sense that people want to protect their privacy when tweeting, in some domains such as disaster management (from earthquakes to bushfires, cyclones, flooding, a road crash, a street brawl, riot or any other disturbance), location is critical.

If there's a twitter user nearby, they usually opt to share their thoughts on the experience to their social media followers. But if tweets are not geotagged, they are often thought to not be of value.

Our research indicates that social networking in general, and Twitter in particular, can bridge the gap that exists in the current emergency response systems regarding what it describes as the lack of immediate flow of information from people at the scene towards authorities or those who can provide help.

Supported by a number of studies, Twitter, among the social media platforms, is known to be a valuable augmentation to current emergency response systems. But this is not straightforward as the geographical location of tweets is not readily available to use if they are not geotagged.

In a recent study, we developed a computational approach that employs and combines elements that some 40% of tweets contain – place and user profile – with textual content to estimate the geographical location of tweets.

This method is the first to consider all the possible elements of a tweet by scoring and ranking algorithms to achieve and predict the finest level of geographical granularity.

For emergency authorities that can be very useful if they can pick up any information on the location, or movement of a particular event such as a bushfire.

So, if you want to protect your privacy when posting a general tweet, make sure your profile location is left blank, do not tag any location and do not mention place names.

But if you tweet about an emergency situation or incident, then make sure you include location information as much as you can in your tweets, and Twitter account setting. Your tweet will then become useful in any emergency response. It could even help save lives. 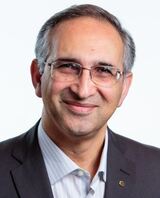 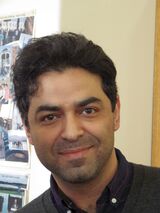