Public housing reform is again agitating the inner suburbs, just as it did four decades ago when citizen action and courageous academic research brought the tower-block model crashing down.

Michael Jones exposed it as cost-ineffective and socially destructive, but he also discovered a dirty little secret about the Victorian Housing Commission: the system paid for itself because only the "deserving" working class were admitted.

Forty years on, the physical legacy of that heroic era of tower blocks and walk-up flats is shabby and in need of renewal.

Whereas the Victorian housing program was designed to be self-funding from public rents, these days public housing is the only viable option for an expanding population of older residents, newly settled migrant families, sole parents, people with disabilities and those experiencing chronic physical and mental ill-health, most of whom are on pensions.

But there are new groups in need of social housing: people trapped in the gig economy, hawking their ABNs as drivers, disability carers, child-carers, removalists, tradespeople, casual office workers of all kinds, hospitality workers. They are the growing army of the precariat who may even have a couple of university degrees but who cannot find job security.

They cannot see, even when they earn good money, a predictable path to home ownership while rents and insecurity rise all around them.

All big cities have to deal with this as gentrification and property speculation squeeze the lower-income earners out of the inner city.

The immediate controversy is in the inner Melbourne suburb of Flemington. Here, the walk-up flats are to be replaced with apartment blocks of varying heights, with one to match the high rises that have to remain.

The town plan will be denser, with street frontages for apartment buildings, nearby parking and landscaped gardens.

The Kensington estate overlooking J.J. Holland Park has already had such a makeover. The new public and private buildings are indistinguishable from each other, with gardens cascading down the embankment.

Local residents have several objections to the Flemington proposals. The estate will be too dense and too tall for the surrounding suburb, and its redevelopment has to be funded by selling part of the land to private developers for a mix of social, affordable and shared equity housing. The public component will increase by 10%.

The residents are supportive of public housing and want more, but more would have to be on the existing footprint, which will increase the population density that they deplore. More importantly, the inhabitants will remain sequestered.

Another objection is that the development is intended to break up the old public estate into a mixed community and that research can be found that engineered social mixing doesn't "work".

Certainly, many inner Melbourne families go to extraordinary financial and geographic lengths to ensure their children do not go to school with children from "the flats".

The primary school at the edge of the Flemington estate was built for 1,000 and has fewer than 100 students, while all the surrounding schools are bursting at the seams. The same applies in the inner suburbs Carlton and Fitzroy.

The arguments are more sophisticated — that social mixing is "gentrification by stealth" — but the result remains that public tenants must inhabit a world apart.

But research can also be found that social mixing is working all around us every day. It's working in streets sprinkled with infill housing, small developments, mixed developments, public apartments in private developments. It already works in Flemington away from the flats and in Kensington, where the two local schools are flourishing.

Above all there is abundant research to show that concentrating people into public housing estates breeds social exclusion and that's bad for all of us.

A city needs social and economic diversity to function, but it doesn't need enclaves and ghettos. And a creative, knowledge city of the future will need to remain affordable for young creatives, just as it needs a mix of people to make it work.

All great cities are grappling with this downside of gentrification, and public and affordable social housing has to be part of the solution.

London has teachers, police, nurses and young doctors in council housing. Yet Paris has got it horribly wrong, with its banlieues full of great architecture and human misery that can only make itself heard by burning cars and detonating bombs.

Solutions will be various. They will need imaginative and bold leadership from governments and well-regulated partnerships with the private sector to raise the funds.

The walk-ups and sequestered public estates of Melbourne have passed their use-by date both physically and socially.

With land prices so high, the private sector will have to step up and contribute, and its pleas that it's uneconomic regulated away. In Canberra, public housing is sprinkled throughout the city. Other countries, such as Germany and Japan, can do it and so can we.

But to do all this we also need a new civility in our inner suburbs, a civility that endorses necessary change for the common good above private interests. And we will know that we are succeeding when all our schools represent the diversity that is modern Australia. 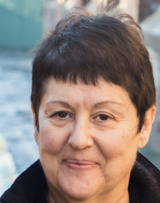