Australian government proposals to end so-called "double dipping" with paid parental leave may scale back health benefits for women who take time off work to care for their babies.

There is good evidence that longer paid parental leave has extra health benefits for mothers, which we assess below. This means that any shortened paid leave associated with ending "double dipping" may have unintended health consequences for women.

In a systematic review of international literature, we found paid maternity leave for working mothers was associated with better mental health and well-being, general health and physical well-being.

Our review also found longer periods of leave were associated with better mental and physical health, with the optimum length of leave about six months.

However, our review also identified a number of limitations.

Second, because most other wealthy developed countries have had paid parental leave for many years, it has not been possible to test the effect of these policies on working mothers' health.

How about the situation in Australia?

Australia introduced its first federally funded paid parental leave scheme in January 2011, the second-last wealthy nation to do so. One of its goals was to enhance mothers' health and well-being.

To find out if this major social policy innovation did this, the Institute for Social Science Research at the University of Queensland led an evaluation, funded by the Australian government.

Researchers directly compared the health of working mothers giving birth before and after the government's scheme started.

Health differences between individuals were small. However, the evaluation concludes that when applied to a large population group (about 145,000 working families take paid parental leave each year), these differences were likely to have an important health impact at population level.

The Australian case, therefore, provides good evidence that the financial support and time off work from paid leave has significant health benefits for working mothers.

How does Australia's leave compare?

At 18 weeks and minimum wage, Australia's paid parental leave is not as generous as those provided in many other countries that offer replacement wages and longer time off. In fact, by world standards the public expenditure on the Australian scheme is relatively modest and below the OECD average.

Even so, this relatively low level of public investment provides significant benefits to the short-term health and well-being of mothers, as we have shown. International evidence also suggests longer paid parental leave can provide health benefits to mothers for decades after birth.

The question remains how the proposed removal of double dipping, and any associated reduced paid time off work, will impact on the health and well-being of Australian working mothers in the short and long term. 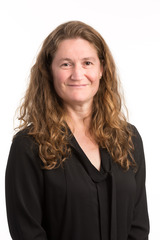 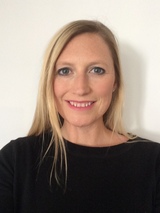