Christmas holidays can be a risky time for both your bank balance and your state of mind, but there is also some research indicating it is a time when you are at higher risk of dying from a heart attack.

To date most of the evidence for an increased risk of heart-related deaths over the Christmas period came from a study conducted in the United States over a decade ago. This showed an increase in heart-related deaths outside medical facilities at Christmas time. We wanted to see if this study could be replicated to confirm and extend these findings.

Studies that try to replicate results are important, not only to provide additional evidence on whether the original finding is correct, but also because they allow researchers to examine whether the findings hold true in different populations and conditions.

To answer this question we recently conducted an analysis of 25 years of death records from New Zealand. This involved looking at the number of deaths during holiday periods (December 25 to January 7), defined as the red dots in the figure below, compared with the expected number of deaths based on an average that includes the surrounding weeks (the black line).

Our results also show the Christmas holidays are indeed a time of higher cardiac deaths with a significantly higher death rate – of around four additional deaths per year. This translates to around 4% extra deaths during Christmas relative to the weeks surrounding these holidays. This study has been published in the Journal of the American Heart Association.

Why would Christmas holidays have such an effect?

Our study produced a similar finding to the original study, adding evidence of an effect, but it had the added benefit of applying to Christmas falling in summer rather than winter.

So some of the explanations that have been previously suggested, such as higher respiratory illness or increased winter air pollution, seem less plausible. Changes in diet and alcohol consumption and general stress cannot be ruled out as they are common to Christmas everywhere.

Another factor could be that people who experience heart troubles delay seeking care over the holidays due to travelling away from their usual place of residence. Interestingly, we found the average age of those dying is slightly younger, which is consistent with this type of explanation.

What other events have been linked to heart attacks?

Christmas holidays are not the only event linked to higher rates of heart attacks; other studies have shown higher rates after earthquakes and during times of war.

Given the surprising nature of some of these findings, it is important to test unusual results through replication studies. Re-examining old medical "myths" is just as important as creating new ones. 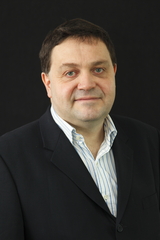 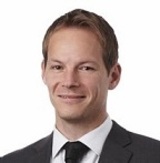