States drag feet on affordable housing, with Victoria the worst

States drag feet on affordable housing, with Victoria the worst

Moral panic over recent increases in visibly homeless people in central Melbourne has brought to the fore the critical shortage of affordable housing across the metropolitan areas of Australia's wealthiest cities. But living on the street is only the tip of the iceberg. Many more households are living in insecure and/or overpriced accommodation. Their plight is due to an undersupply of appropriately priced, sized and situated rental housing.

The Commonwealth government is reportedly planning to scrap the National Affordable Housing Agreement with the states. Without a clear alternative, the weakness of state policies, which lack clear targets and mechanisms for providing more and better affordable housing, adds to the problem. One state, Victoria, still doesn't have an affordable housing strategy.

New South Wales has had affordable housing policies in place since 2009. The NSW government has a new plan to build more social housing and improve existing stock. Queensland released a draft strategy in March 2016.

While these state policies vary in their success, Victoria does not even have a strategy to critique.

No doubt Premier Daniel Andrews inherited several industrial-strength cans of toxic planning waste when Victorian Labor won office in November 2014. This legacy came not only from the Liberals, but from the earlier Bracks-Brumby Labor government.

Under the 2000s Labor government, the fourth new metropolitan strategy in four decades, Melbourne 2030, largely failed to stop sprawl. The main excuse for sprawl – that increased and largely unregulated housing supply would magically enable affordability – had become a sad joke.

As former Labor adviser Joel Deane's book Catch and Kill shows, inability to respond to basic public concerns about planning and transport was perhaps the most significant factor in Labor's 2010 election defeat.

If Labor had been ineffective in creating new affordable housing, the Liberals' planning decisions between 2010 and 2014 were disastrous. Australia's largest urban renewal site – Fishermans Bend – was drastically up-zoned from Industrial to Capital City (also known as "Anything Goes"). They did this without extracting a cent in added value from landowners towards affordable housing – or any other infrastructure.

Huge parts of the southeastern suburbs – Liberal strongholds – were essentially walled off from new housing, even though these had some of the best school and transport infrastructure to serve a rapidly growing population. Hundreds of job cuts meant the civil service lost experience and capacity to do better.

A long wait for action on affordable housing

All Victorians have a right to safe, affordable and secure housing.

Yet in more than two years since its election, the Labor government has not completed any of the major reforms that would enable affordable housing.

Plan Melbourne's "refresh" has not been published in its final form. The Residential Tenancies Act still has to be strengthened. The residential zone review hasn't been completed.

Perhaps most disturbingly, we are still waiting for the results of the early announcement that the state treasurer was going to work with the planning and housing ministers to develop an integrated affordable housing strategy.

A new advisory body, Infrastructure Victoria, published a 30-Year Infrastructure Strategy in December 2016. "Social housing" (public and non-profit) was one of its top three priorities. However, compared with principles of "a good plan", the affordable housing section of this strategy does not pass the test.

According to the literature on plan analysis, good plans should have seven elements: a clear vision; specific goals; a fact base informing alternatives; a spatialised sense of what goes where; a very specific implementation plan, with costs, timelines and responsible authorities; a monitoring and evaluation plan; and specific horizontal (across all parts of government, the private sector and civil society) and vertical (alignment between national, state and local government) integration.

Vancouver shows how to do it

The City of Vancouver's Housing and Homelessness Strategy 2012-2021 is an example of an affordable housing plan that ticks the boxes. It has a clear vision embodied in the strategy's subtitle:

A home for everyone.

These targets are based on a robust and transparent analysis of housing trends across the city. While all subsequent neighbourhood plans are intended to achieve a mix of dwelling cost and size, there is a particular emphasis on locating supportive housing near areas with significant homeless populations.

The partnerships with other levels of government, private developers and non-profit providers are comprehensive. A new Vancouver Affordable Housing Authority has been established to coordinate these efforts. Since the report's adoption, further mechanisms such as a community land trust have been established. Annual reporting against the targets is available on the City of Vancouver's website.

In contrast, Infrastructure Victoria is an advisory body to state government, not an implementation agency. Its vision of a "thriving, connected and sustainable Victoria where everyone can access good jobs, education and services" begs the question of how progress towards these attributes would be measured.

Infrastructure Victoria does estimate an extra 30,000 affordable homes are needed over the next ten years. But it admits this figure is not well justified, due to a lack of good information on affordable housing deficits.

It recommends further work on an affordable housing plan with specific funding streams. However, this cannot really be expected to be the plan that "tackles [the] affordable housing shortage", as its own website boasted of the draft report.

At best, Infrastructure Victoria's plan is a baby step. It does clearly state the importance of social housing as critical infrastructure. It also begins to justify mechanisms that could achieve some scaling up of affordable housing outcomes.

But the public housing waiting list now has more than 35,000 names. About 120,000 households receiving Commonwealth Rent Assistance are still unable to afford living where they do. That includes 50,000 households in the lowest income bracket. And another one million new households are expected to move into Victoria within the 30-year timeframe of the infrastructure strategy.

This all means that baby steps will not be enough to prevent rapidly increasing homelessness.

Professor Carolyn Whitzman helped organise the 10th Australasian Housing Researchers Conference (AHRC) hosted by RMIT University's Centre for Urban Research, with the University of Melbourne and Swinburne University, from February 15-17 at RMIT University in Melbourne. She is presenting a paper on the subject of this article. 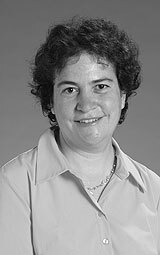