From Boomers to Xennials: we love talking about our generations, but must recognise their limits

From Boomers to Xennials: we love talking about our generations, but must recognise their limits

We all know the names: Boomers, Gen X and Millennials. Now we can add the "Xennials", a cross-over generation between X-ers and Millennials that recently took the internet by storm.

The "Xennials" are supposedly a group born between the late 1970s and early 1980s who entered the labour market well after the recession of the early 1990s, but before the Global Financial Crisis. They had an analogue childhood, but digital young adulthood.

However, the "Xennials" must be taken with several grains of salt. There isn't yet any strong academic evidence for the grouping, although clearly the idea resonates with a lot of people who felt left out by the usual categorisations.

I am a sociologist of youth and generations, who tracks Australians through young adulthood. There is some truth to generations talk, as our lives are shaped by the times in which we grow up. But the labels are blunt, homogenising, underplay inequality, and often function as nasty stereotypes.

Who are the Xennials?

The idea of a cross-over generation between Gen X and Millennials (who used to get called Gen Y) has been kicking around for a while. The term "Xennial" appears to have been coined in a 2014 article for Good magazine by Sarah Stankorb and Jed Oelbaum.

I (inadvertently) helped popularise the term when journalist Rachel Curtis recently asked me if it would make sense to cut the generations differently in an article that soon captured the internet's attention.

I thought this sounded plausible. The divisions we use aren't particularly robust. They tend to be imported from North America without much thought, built arbitrarily around the Boomers, and capture changes that often don't have clear inflection points, so dates can vary from pundit to pundit. The oldest Millennials and the youngest Gen X-ers probably had similar experiences. I was clear that this was speculative, and that the usual caveats apply.

The theory goes that the Xennials dated, and often formed ongoing relationships, pre-social media. They usually weren't on Tinder or Grindr, for their first go at dating at least. They called up their friends and the person they wanted to ask out on a landline phone, hoping that it wasn't their intended date's parent who picked up.

They remember being around their late teens when the first of their peers, usually the rich kids, got a mobile phone but the only person they could really call was their mum. Yet they hit the digital revolution at an age when they easily embraced it.

They get described as a golden mean between the cynicism attributed in generational stereotypes to Gen X and the optimism and over-confidence of the Millennials. In a world where labels are regularly invoked for generation bashing, with even the Boomers copping it recently, the Xennials come out looking rather lovely.

Why we should be sceptical

No generation should be characterised as if they have one personality type, with a single set of dispositions and attitudes, even if it is nice. Verging on astrology, this type of generational research is increasingly challenged. Generational claims, such as "the Millennials are narcissistic", aren't completely evidence-free, but are heavily critiqued for often making too much of small average changes in attitudes, turning them into group-defining oppositions, and ignoring more significant changes.

We need a healthy dose of scepticism towards the generational snake-oil sellers, who tell us that they have discovered a group alien in attitude. Particularly if they then say we need to pay for their expertise to work with them, or sell to them.

In Youth and Generation (with Johanna Wyn) I argue that a convincing sociological account of generations will have to do three things: specify the changed social conditions, relative to previous generations, that will have effects beyond youth; identify the multiple ways that people respond to and shape these conditions; and show how the generation is not homogeneous. The term "Xennials" is yet to meet these criteria.

My approach is to use the concept of generations to think about how inequalities (by class, race, gender, etc) are being made anew in changing times. I have focused mainly on class. The decades that shaped the young adulthoods of Gen X, the "Xennials" and Millennials have been times of rapid changes in Australian society, with unequal effects. For navigating school and the entry to work, building a career and particularly getting into the housing market, access to family resources has become progressively more important than it was for the Boomers.

Barbara Risman, a sociologist in the US, provides a good recent example focused on gender. She shows that attitudes have changed rapidly, but there is much variation, from rebels rejecting any material manifestation of gender difference to a new type of conservatism among some Millennials.

Happily, many of the articles on the Xennials that have appeared over the past three weeks do mention some of the limitations I cover here, that they can demonise particular cohorts, or distract us from the other things that separate people's experience.

Our urge to understand how we are shaped by our times is one of the great drivers of the pop-sociological phenomenon of generational labels and, I think, of the recent interest in Xennials. Talking about these labels is a way for academics to contribute to public debates, hopefully adding some critical nuance. When it's not being used to stereotype and belittle, generations talk can also make for some fun and rather nostalgic quizzes. 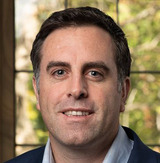