Confronting the feel, smell and taste of blood

Human blood can be made into bio-plastic. It is dried, powdered, moulded into a shape, heated to 200 degrees Celsius and put under 10 tonnes of pressure. It might become an ornament or a bowl or a drinking cup.

But what if a person with the HIV virus had donated the blood in the bio-plastic? Would you touch it, eat from it, drink from it?

Science says you shouldn't be at all bothered. The bio-plastic will be completely sterilised once heated to 120 degrees. But would you hesitate?

Plastic objects made out of HIV and Hepatitis B infected blood are the creation of German artist Basse Stittgen and are just one of the many intriguing, confronting and beautiful artworks on display in Science Gallery Melbourne's inaugural exhibition, Blood: Repel and Attract. Here science and art meet in a way guaranteed to disturb and enlighten.

At the exhibition you will be able to not only feel blood, but also smell it and even taste it. You will be able to detect blood with light, have your blood type determined, and add the pulse in your finger to a fugue of pulses sounding through the gallery.

For Professor Sharon Lewin, a University of Melbourne infectious diseases physician and director of the Peter Doherty Institute for Infection and Immunity, who helped to select the artwork, Blood is a unique opportunity for art and science to confront the mysteries and fears that surround blood, and inform us along the way.

"I think if you asked people in the community whether they are at risk of catching HIV from sharing a cup they would say they are, and many others will feel slightly uncomfortable at the prospect. But there is no risk at all," says Professor Lewin.

She says misconceptions, stoked by emotion and fear, drive the stigmas that are so often attached to people living with infections such as HIV.

"To lose that emotional reaction you have to understand and trust the evidence," she says. "That is why science literacy is so important in understanding how it is we come to conclusions on what is safe or unsafe, and then trust the science. But I think in science we still have a long way to go in better communicating these messages."

She notes that in healthcare it has been recognised that exposure to blood puts people at risk of many potential blood-borne diseases, not just HIV. The adoption of universal precautions means all blood is treated the same when it comes to safety. The approach has also been adopted in sport where, under the blood rule, players bleeding from an injury must immediately seek treatment off the field.

"To a healthcare worker it should make no difference if a person is HIV positive or not because we treat all blood as infectious and take the necessary precautions," Professor Lewin explains.

The risk of contracting HIV is limited to infection through unprotected sex and or by blood exposure such as sharing needles or having a blood transfusion. According to the US Centre for Disease Control, the risk of HIV infection from a needle stick penetrating the skin is just 23 out of every 10,000 people, or 0.23 per cent.

The work was inspired by Mr Elborne's own mother's fight with cancer, and the pebbles can only be taken in exchange for a donation to the National Breast Cancer Foundation.

"It is a beautiful and haunting representation of what happens to people during chemotherapy," says Professor Lewin.

But just as science is uncovering the mystery and truth about blood, artist Robert Walton says that in many ways art had already anticipated the science. Ritualistic ideas around sharing blood, such as in the idea of blood brothers or the Christian ritual to symbolically share Christ's blood, have in a sense been realised in the form of blood transfusions and blood donations.

"Through thousands of years of cultural practice and art we have always known how important blood is," says Mr Walton, who lectures at the Victorian College of the Arts and Melbourne Conservatory of Music at the University of Melbourne and was also on the selection panel for Blood.

"The mystery of blood prefigures the scientific discoveries, and those mysteries have proven to be in many ways true.

"Blood is something that we share with others, it is something that can give life to others, and it does tell us about who we are in that that it holds our genetic inheritance," says Mr Walton, whose own core art practice is as a director of experimental theatre and live art.

He says our reaction to blood is fascinating because it both repulses us and connects us. He suggests that the sight of blood disturbs us partly because we are accustomed to thinking of ourselves as separate and sealed off from the world and others. But when we bleed we are graphically reminded of our own bodies and our vulnerability.

"Our cultures sometimes make us forget that we are part of the animal kingdom, and make us think that we are detached from our bodies. But when blood spurts out of a wound it becomes the liquid that connects us to the outside world, and it is horrifying. We imagine our life trickling away," he says.

But blood is also a vehicle for building empathy and awareness. The empathetic powers of blood, he says, have been famously explored by such performance artists such as Franko B, Ron Athey, Kira O'Reilly, and Marina Abramović who have purposely made themselves bleed in front of a close-up audience.

"When we see someone bleeding it creates a huge amount of empathy when we realise that like us, blood courses through another being's veins. The reality of inhabiting a fragile, bloody body, connects us," he says. "And then that awareness can prompt us further to think of the bigger picture, and how all creatures are connected."

Walton says one of blood's most enduring powers is the way it has come to symbolise our common humanity in the face of cultural prejudices towards stigmatised groups.

Perhaps one of the most well know examples in English are the lines of Shylock the Jew in Shakespeare's play The Merchant of Venice.

"A lot of performance artists with blood borne diseases like HIV use blood to remind us again and again that we all share an experience of existing as a living, breathing, bleeding body," says Mr Walton.

"We all feel pain, and we all need love and warmth. It is the human condition."

The Doherty Institute is a joint venture of the University of Melbourne and Royal Melbourne Hospital.

Science Gallery's Blood: Attract and Repel exhibition opens 2 August and runs through to 22 September at the Frank Tate Building at the University of Melbourne, Parkville. 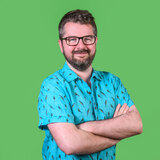 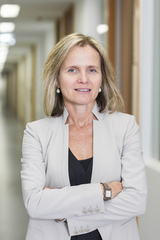