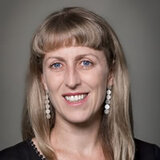 Paula O'Brien is a Senior Lecturer and Co-Director of the Health and Medical Law Masters at Melbourne Law School. She co-coordinates a monthly health law seminar series at the Law School.

She has a BA/LLB (Hons) from The University of Melbourne and an LLM from the University of Cambridge, specialising in international law. Paula researches in the area of health law and public interest law. Her primary research interest relates to the regulation of harmful commodities, in particular alcohol. She has written on many aspects of the domestic and international regulation of alcohol, including its labelling, advertising, pricing, licensing and trade as a global commodity. Her current doctoral work is on the self-regulation of the labelling and marketing of alcohol. Paula also writes about the right to health, and has published papers on accountability in health care for asylum seekers in detention, the phenomenon of privatisation, the global shortage of health workers, and access to health care for migrant workers and their families in Australia. Paula uses her research to make submissions and provide advice to government and non-government bodies about public health law.

Paula graduated from Melbourne Law School with a first class honours degree in law and in arts in 1998. She was awarded a full Commonwealth Scholarship to undertake her Master of Laws degree at the University of Cambridge in 2008. She graduated from Cambridge Jesus with a class I degree, specialising in international law. She is currently undertaking her PhD at Melbourne Law School. After graduating with her LLB, Paula completed her articles and worked as a lawyer at Minter Ellison Melbourne until 2003. Her practice was principally in the area of administrative law. She advised public sector agencies on the regulation of health professionals. From 2003 – 2007, Paula was the Executive Director of the Public Interest Law Clearing House (PILCH) in Victoria, a community legal centre which engages in case work, advocacy and education to advance the public interest, in particular the position of marginalised and disadvantaged members of the community. For her work at PILCH, she was awarded the Women Lawyers 'Rising Star' Award in 2007.

Paula teaches Health Law and Ethics, Administrative Law, and Legal Method and Reasoning in the JD. Paula was very involved in the establishment of MLS's Public Interest Law Initiative and continues to contribute to the program.

On the Bottle: Health Information, Alcohol Labelling and the WTO Technical Barriers to Tra..

Could new trade rules mean a lack of health warnings on alcohol?

Law and Non-Communicable Diseases: International and Domestic Regulation of Food and Alcoh..

Displaying the 28 most recent scholarly works by Paula O'Brien.

On the Bottle: Health Information, Alcohol Labelling and the WTO Technical Barriers to Trade Agreement

Since 2010, the World Health Organization has advocated the use of health information labelling to inform consumers of the health ..

The articles in this special issue examine the relationship between international economic law and effective evidence-based regula..

Victoria is the first state in Australia to legalise voluntary assisted dying. The Premier, Daniel Andrews, has described the law..

Could New Trade Rules Mean a Lack of Health Warnings on Alcohol?

The contest over 'valuable label real estate': Public health reforms to the laws on alcohol beverage labelling in Australia

Real or perceived impediments to minimum pricing of alcohol in Australia: Public opinion, the industry and the law

The international right to health: state obligations and private actors in the health care system.

Most health systems have historically used a mix of public and private actors for financing and delivering care. But the last 30 y..

A risk-based approach to harm minimisation in liquor licensing decisions

From dehumanisation to demonisation: The MV Tampa and the denial of humanity

Displaying the 3 most recent news articles by Paula O'Brien.

Could new trade rules mean a lack of health warnings on alcohol?