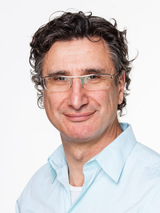 Throughout his career, Nikos has provided strategic consultancies for government agencies on issues relating to cultural identity and has worked in collaborative projects with artists and theorists of international repute such as John Berger, Jimmie Durham and Sonya Boyce. His long involvement with the ground breaking international journal Third Text, as both co-editor and author, was a formative experience in the development of an interdisciplinary and cross cultural research model, which continues to inform his research practice.

His publications include Modernity as Exile (1993), Dialogues in the Diaspora (1998), The Turbulence of Migration (2000), Metaphor and Tension (2004) Spatial Aesthetics: Art Place and the Everyday (2006), Cosmopolitanism and Culture (2012). He is also the author of numerous essays, which have been translated into over a dozen languages and appeared in major catalogues such as the Biennales of Sydney, Liverpool, Istanbul, Gwangju, Taipei, Lyon, Thessaloniki and Documenta 13.

A full list of Nikos' publications and projects can be found on his Find an Expert web page. View Minerva Access the University's Institutional Repository for Nikos Papastergiadis.

'Voices in the Horizon: Almost Always Everywhere Apparent,' in 'Architecture Makes Us: Cin..

Displaying the 14 most recent projects by Nikos Papastergiadis.

This project aims to examine the changing relation between public culture and public space. Cultural activity in the contemporary city is in..

This project aims to create an online archive of records about Aboriginal self-determination, the land rights movement and Aboriginal commun..

This project aims to create an online archive of records about Aboriginal self-determination, the land rights movement and Aboriginal commun..

Creating The Bilbao Effect: Museum Of New And Old Art (Mona) And The Social And Cultural Coordinates Of Urban Regeneration Through Arts Tourism (Non-Lead)

This project will analyse the extraordinary success of MONA (Museum of New and Old Art) as an art gallery and use this information to identi..

Participatory Public Space: A Right To The Networked City

The National Broadband Network (NBN) is the largest single public investment in Australian history. This research seeks to understand how di..

This project examines the capacity of multicultural arts to promote a sense of belonging within culturally and linguistically diverse commun..

This project examines the capacity of multicultural arts to promote a sense of belonging within culturally and linguistically diverse commun..

With over 8 million annual visitors, Federation Square, Melbourne, is emblematic of the new public sphere emerging at the junction of physic..

With over 8 million annual visitors, Federation Square, Melbourne, is emblematic of the new public sphere emerging at the junction of physic..

Public Screens And The Transformation Of Public Space

This project will provide the first Australian analysis of public interaction with large electronic screens. The installation of large scree..

Our aim is to explore the impact of digital technology on the production and display of contemporary art. Our focus is the spatial formation..

Our aim is to explore the impact of digital technology on the production and display of contemporary art. Our focus is the spatial formation..

Displaying the 218 most recent scholarly works by Nikos Papastergiadis.

'Voices in the Horizon: Almost Always Everywhere Apparent,' in 'Architecture Makes Us: Cinematic Visions of Sonia Leber and David Chesworth'

All Along the Street

The Matrix of Visibility and Legitimacy: Art and Democracy in the Age of Digital Participation

From Cosmopolis to Cosmopolitan Spaces

Public Space and the Development of Wireless Media

From Ethnic Enclave to Cosmopolitan Cultures: Evaluating the Greek Centre for Contemporary Culture in the City of Melbourne

Aesthetic cosmopolitanism: The force of the fold in diasporic intimacy

Engaging with the anti-museum? Visitors to the Museum of Old and New Art

The sensory museum: affective experience as the new pedagogic norm

The cultures of the south as cosmos

Does philosophy contribute to an invasion complex? Sloterdijk the antagonist and the agonism of Mouffe

'Tom Nicholson: of punctures and blurs' in 'All That is Solid'

It's a Museum, But Not as We Know It: Issues for Local Residents Accessing the Museum of Old and New Art

The concept of the “platform” has recently received extensive analysis in media studies and urban planning. This paper explores th..

Space/Time: Matter and Motion in On Kawara

Transversal cultural spheres and the future of Europe

The Journeys and on Kawara: In Motion there is the encounter with time and space

Arts and Cultural Precincts in the Age of Participation

The Fold in Diasporic Intimacy and Cultural Hybridity

Facing the Fall: Humanism after Nihilism in Christos Tsiolkas's Writing

In the Event of Art: Open Letter to Pavel Büchler

A conversation between Nikos Papastergiadis and Hoda Afshar: In the exodus, I love you more Nov 17 - Dec 3 2016

The Provincial Cosmopolitan: Emily Jacir and the Mediterranean Sea

This book offers one of the largest surveys of the work of artist Emily Jacir, known for her reflective works of art that are both..

This chapter focuses on the Australian Centre for the Moving Image (ACMI) as a case study for the emergence of hybrid subjectiviti..

At the same time, these changes created new challenges for city governments, citizens, and other stakeholders, namely risks assoc..

Hiding in the Cosmos

Free Public Wi-Fi and E-Planning: The Use of Online Planning to Build Better Networked Public Places

The nature of public events are changing as cities evolve. As people move more and more around the world, and information is circu..

Art from Asia: Aesthetic Cosmopolitanism and the World in Art

Introduction: The aesthetics of small gestures and ethnography as micro-publics

The Plimsoll Inquiry: A Report

Assemblies in Art and Politics: An interview with Jacques Ranciere

Thomas Hirschhorn and Jacques Ranciere: Artists and Philosophers as Companions in the Love of the Infinitude of Thought

A Breathing Space for Aesthetics and Politics: An Introduction to Jacques Ranciere

The Role of Art in Imagining Multicultural Communities

Framed by artworks that provide a glimpse of cross-cultural encounters, 12 contributions by leading figures in post-colonial and t..

Camouflage Cultures Beyond the Art of Disappearance

The Geopolitics of Contemporary Art

Imagining the world and global writing

Journal article  |  2014  |  Australian Journal of Telecommunications and the Digital Economy

Art in the Global Present

Art in the Global Present presents a fascinating collection of essays that together reveal how art is currently navigating a globa..

Hospitality, Multiculturalism and Cosmopolitanism: A Conversation between Christos Tsiolkas and Nikos Papastergiadis

The color of the cosmos: John berger on art and the mystery of creativity

Representations of Islam and education for justice

As Melbourne in the world

The Evolution of Federation Square

Why Multiculturalism Makes People So Angry and Sad

The Cosmos in Aesthetic Cosmopolitanism

Creative Australia and the dispersal of Multiculturalism

Hospitality and the Zombification of the Other

The Syrians are Recording Their Own Death

Large video screens situated in public spaces are characteristic of the mediated public environment of contemporary cities. These ..

What is the South?

Can there Be a History of Contemporary Art?

Cultural translation, cosmopolitanism and the void

Art biennales and cities as platforms for global dialogue

Collaboration in Art and Society: A Global Pursuit of Democratic Dialogue

Dark Matter: Art and Politics in the Age of Enterprise Culture

What Is the South?

Lucy Jorge Orta: Another Return to the Heart of Things

The Stranger on Via Dolorosa: Shaun Gladwell's Apologies 1 - 6.

Aesthetics and politics in the age of ambient spectacles

Conversations to infinity: On arts schools and art education

Biennials as Platforms for Social Exchange

Identity on the move and the place of integration: Wogs, cogs, and cyborgs

The Zombification of the Other

Journals at the Centre of the Earth

Collaboration in Art and Society: A Global Pursuit of Democratic Dialogue

The Paradox of Light: Negative Vision: Being Involved, and Imaginative Collaboration

Large Screens and the Making of Civic Spaces: An Interview with Soh Yeong Roh

Collaboration in art and society: A global pursuit of democratic dialogue

The Role of Art in Imagining Multicultural Communities

Lucy Orta: the artist as enabler

Wog Zombie: The De- and Re-Humanisation of Migrants, from Mad Dogs to Cyborgs

The Spectacle and the Cosmopolitan Imaginary

Everything that Surrounds: Art, Politics and Theories of the Everyday

Confined Abyss: Art in the Dusk of Reason

Carlos Capelan: fragments of a friendship between cities

Public Screens and the Transformation of Public Space

Architecture in Motion: An Interview with Aaron Tan

Glimpses of cosmopolitanism in the hospitality of art

The Radiant Paradox of Park Seo-Bo

On the Road: Mobility and Mediation in Contemporary Art

On Being Here and Still There

Art in the Age of Siege

Art in the Age of Siege

Towards a Metalanguage of Geography

The invasion complex: The abject other and spaces of violence

The Limits of Cultural Translation

Glimpses of Cosmopolitanism in the Hospitality of Art

Review of 'The Destruction of Memory '

Hybridity and ambivalence - Places and flows in contemporary art and culture

From Parafunctional Spaces to Shiny Ruins

Imagining the State with Mobility : Skins, Machines and Complex Systems

The Limits of Cultural Translation

A Quiet Room in an International Art Event

Small Gestures in Specific Places: On Collaboration and the Politics of Art

The Gesture of Collaboration

Metaphor and Tension: On Collaboration and its Discontent

Always Turning Art Back into Politics

The Ethics of Collaboration

Futeboland myths of the Brazilian way of life

Cultural identity and its boredom: transculturalism and its ecstacy

Flags in the Landscape

The Presence of Place in Art

The Double Language of Mimesis

Reflections in Ruins: The Materiality of Modern Art

The Return to International Waters

Art in the Politics of the Everyday

Topographies: ideas on art and place

The Politics of Art

Displaying the most recent news article by Nikos Papastergiadis.

Advisory Board, School Of Art & Architecture

Advisory Board, School of Art & Architecture, University of South Australia

Steering Committee for the development of a Greek Cultural Centre for the Greek Orthodox Community, Melbourne

Steering Committee on Education for the Greek Orthodox Community, Melbourne

Advisor to Arts Council of England on International Residency Programs