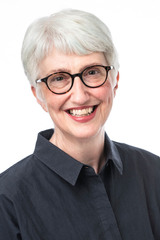 Alison Young is the Francine V. McNiff Professor of Criminology in the School of Social and Political Sciences at the University of Melbourne.

She has researched graffiti and street art for many years, and her ongoing research engages with the ways in which we live in and govern city spaces. She is currently researching the relationship between the built environment and urban governance in Australia and Japan, in respect of issues such as graffiti and urban creativity, homelessness, and the night-time economy and street crime.

She is the founder of the Urban Environments Research Network, an interdisciplinary and international group of academics, artists, architects and activists interested in cities, social change and urban governance. At the University of Melbourne, she is a Research Convenor in the Future Cities Research Cluster, Melbourne Sustainable Societies Institute.

She has delivered policy advice to the Victorian Law Reform Commission, the Law Reform Commission of New South Wales, KESAB, the Cities of Melbourne, Knox, Onkaparinga, and Yarra. She recently conducted research on visible homelessness and the governance of public space in conjunction with Justice Connect and the City of Yarra.

Arrested Mobilities: Affective Encounters and Crime Scenes in the City

In Crime's Archive: The Cultural Afterlife of Evidence

Urban Images And The Appearance Of City Spaces

Carelessly linking crime to being homeless adds to the harmful stigma

On walls in the open city

Displaying the 2 most recent projects by Alison Young.

The appearance of urban spaces has a dramatic impact upon the lives of the citizens who live in them. In comparing a range of local and inte..

Urban Images And The Appearance Of City Spaces

This project will constitute the first study of street art as a new genre of cultural practice in city spaces. Street art is becoming an inc..

Displaying the 71 most recent scholarly works by Alison Young.

Arrested Mobilities: Affective Encounters and Crime Scenes in the City

In Crime's Archive: The Cultural Afterlife of Evidence

On walls in the open city

On visible homelessness and the micro-aesthetics of public space

In this article, we investigate the circumstances that have produced the current municipal regulatory approach to homelessness in ..

Ambivalence and the Spectatorship of Violence: Viewing Inglorious Bastards

The Image-characters of Criminal Justice in Tokyo

'Art in the Streets: Place, Genre and Encounter'

The essay offers detailed reflections on the challenges of conducting research in hybrid spaces such as streets and museums. It ex..

Art or Crime or Both at the Same Time? On the Ambiguity of Images in Public Space

This strikingly illustrated book explores every aspect of street art, from those who spray it into being to those who revel in it ..

Cities in the city: Street art, enchantment, and the urban commons

© 2014 The Cardozo School of Law of Yeshiva University. All rights reserved. Cities are sites of cultural and aesthetic production..

From object to encounter: Aesthetic politics and visual criminology

The Laws of Enchantment: Street Art as Inopinatum in City Spaces

Arrested by the Image

Criminal images: The affective judgment of graffiti and street art

The Art of Public Secrecy

The scene of the crime: Is there such a thing as 'just looking'?

Street Studio. The place of street art in Melbourne

Negotiated consent or zero tolerance? Responding to graffiti and street art in Melbourne

The scene of the crime: Is there such a thing as "just looking"?

Documenting September 11: Trauma and the (Im)possibility of Sincerity

The Screen of the Crime: Judging the Affect of Cinematic Violence

Culture, Critical Criminology and the Imagination of Crime

Images in the aftermath of trauma: Responding to September 11th

Our Desires are Ungovernable: Writing Graffiti in Public Spaces

Compassionate Judgments: The Cinematic Possibility of Judgment with Passion

Compassionate Judgments: The Cinematic Possibility of Judgment with Passion

Into the Blue: The Image Written on Law

"Into the Blue": The Image Written on Law

The Meanings of Graffiti and Municipal Administration

The Meanings of Graffiti and Municipal Administration

'Into the Blue': The Image Written on Law

A Judgment Dwelling in Law: Violence and the Relations of Legal Thought

Aesthetic vertigo and the jurisprudence of disgust

This article engages with the intersection of law, legitimation and aesthetics by examining the controversies surrounding the exhi..

Signifying Justice: Law, Culture and the Questions of Feminism

The Seduction of Violence: Enduring Representations of Rape

The waste land of the law, the wordless song of the rape victim

In this article, the author uses the content of rape trial transcripts, her observations of rape trials, and discussions with lega..

Insinuation and Implication: Some Cross-Examination Tactics in Rape Trials

A Crime of Consequence and a Failure of Legal Imagination

In November 1996, the Model Criminal Code Officers Committee (MCCOC) published its Discussion Paper in which its proposed 'law of ..

Murder in the Eyes of the Law

Femininity as Marginalia: The Judgment of Sexual Difference in Conjugal Homicide

In the Eyes of the Law: The Look of Violence

Despite the claims of lawlessness and disorder and of the ineffectiveness of the legal system, there is no doubt that law gets und..

In the frame: Crime and the limits of representation

The Law of Victimage in Urbane Realism

Caveat Sponsa: Violence and the Body in Law, in Public Bodies

Decapitation or feticide: The fetal laws of the universal subject

This paper addresses issues raised in two recent cases, one American and one English, which together contribute to the legal const..

Femininity on Trial: Criminality and Clark

This article examines the defences in English and Canadian criminal law available to battered women who kill their abusers. The ar..

The Body of Criminality

Nothing Out of the Ordinary’: Criminality and the Aesthetics of the Feminine Body

The Authority of the Name

The Dilemmas of the HIV Positive Prisoner

The spread OfHIVamong theprison community is the subject of considerable concern among pressure groups and prison authorities alik..

Signs, Traces and Clues: The Semiotics of Law and Disorder in Detective Fiction

Of the essential in criticism: Some intersections in writing, political protest and law

This article has an essentially modest aim: to examine the rather immodest essentialism to be found in three cultural phenom- ena...

Appeals to valuelessness: Objectivity, authenticity and the news discourse

The purpose of this essay is to focus upon the relationship between the discursive formation of news as produced in newspaper repo..

Strategies of Censure and the Suffragette Movement

In "Femininity in Dissent", Alison Young examines the images constructed by the Press of women's political protest. Taking the pea..

‘Wild Women': The Censure of the Suffragette Movement

Journal article  |  1989  |  International Journal of the Sociology of Law

This essay is about the members of the Women's Social And Political Union (WSPU), who campaigned for the enfrancisement of women i..

Displaying the 6 most recent news articles by Alison Young.

Carelessly linking crime to being homeless adds to the harmful stigma

The quest for the convivial city: how do ours fare?

Melbourne Now – the art of the contemporary city

Banksy's New York City – inside 'a world made of art'

The University of Edinburgh