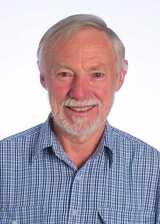 His major research interests are in the areas of evaluating information-systems success, packaged enterprise-application software, IT management, IT outsourcing, business analytics, IS research methodology, and accounting information systems.

Research-wise, in mid 2017, Peter had a Google-Scholar H-index of 36, over 2,000 citations to his most cited paper (on IS success measurement), and in total, over 9,000 citations to his work. His publications include a paper on factors affecting benefits from enterprise systems, in MIS Quarterly, in 2010, a paper on Enterprise Architecture in Communications of AIS, in 2011, and a research-methods paper on Generalization in IS Research in the European Journal of Information Systems, in 2012. With colleagues, Peter attracted over $2 million in research grants. His two most recent research grants were on (a) Competing with Business Analytics, and (b) Testing a Model of Strategic IT decision-making.

Is there a prescription for strategic IT decisions?

The Impact Of Strategy On Business Analytics Success

Managing It Service Provision And Sourcing In Australia, 2010-2019

A Preliminary Testing of the Strategic IT Decision Making Model

Generalization in IS research: a critique of the conflicting positions of Lee & Baskervill..

Displaying the 5 most recent projects by Peter Seddon.

The Impact Of Strategy On Business Analytics Success

The successful implementation of business analytics systems will enhance the ability of Australian organisations to operate and compete effi..

Managing It Service Provision And Sourcing In Australia, 2010-2019

Commoditization of IT and increasing globalization mean that the best ways to organize IT service provision in Australian organizations are ..

Management-Controllable Drivers Of Effective It Outsourcing

Displaying the 78 most recent scholarly works by Peter Seddon.

Is there a prescription for strategic IT decisions?

A Preliminary Testing of the Strategic IT Decision Making Model

Generalization in IS research: a critique of the conflicting positions of Lee & Baskerville and Tsang & Williams

How an Australian Retailer Enabled Business Transformation Through Enterprise Architecture

Generalization in IS research: A critique of the conflicting positions of Lee & Baskerville and Tsang & Williams

© Journal of Information Technology (JIT) 2015. All rights reserved This paper is a companion to the paper on generalization in IS..

Implications for strategic IS research of the resource-based theory of the firm: A reflection

A Model of Strategic IT Decision-Making Processes

Pathways to Value from Business Analytics

A meta-model of alignment

Journal article  |  2012  |  Communications of the Association of Information Systems

Enterprise systems for innovation in products and processes: Beyond operational efficiency

Through what mechanisms does business analytics contribute to business value?

How to succeed in the transformation of an IT function: Lessons from Coles Myer Limited

Towards the improved treatment of generalization of knowledge claims in IS research: drawing general conclusions from samples

An Explanatory Framework for Achieving Business Benefits from ERP Systems

Journal article  |  2012  |  Journal of the Association for Information Systems

Going beyond operations with enterprise systems

How does enterprise architecture add value to organisations?

Journal article  |  2011  |  Communications of the Association of Information Systems

Post-merger IT integration: A comparison of two case studies

The impact of strategy and maturity on business analytics and firm performance: A review and research agenda

“Betting On The House”: Value Creation By Insourcing At Crown Limited

Business Analytics and Competitive Advantage: A Review and a Research Agenda

IT outsourcing success: A framework for assessing intentions and outcomes

The Australian Federal Government's Clustered-agency IT Outsourcing Experiment  A

Domberger's theory of contracting applied to IT outsourcing

IT project evaluation: Why more formal evaluation is not necessarily better

IT Outsourcing Success: A multi-dimensional, contextual perspective on outsourcing outcomes

IT outsourcing configuration: Case research into structural attributes and consequences

Does Domberger's theory of 'The Contracting Organization' explain why organizations outsource IT and the levels of satisfaction achieved?

Understanding the business consequences of ERP use

The importance of ongoing ERP training and support

Other-settings generalization in is research

Understanding the business consequences of ERP use

IT outsourcing configuration: Research into defining and designing outsourcing arrangements

The Quality-of-Relationship Construct in IT Outsourcing

Are ERP systems a source of competitive advantage?

ERP adoption in developing countries in Asia: A cultural misfit

Business models and their relationship to strategy1

Enterprise systems benefits: how should they be assessed?

Business Models & Their Relationship to Strategy

The case for viewing business models as abstractions of strategy

Journal article  |  2004  |  Communications of the Association of Information Systems

Configuration: An Important Concept for Understanding IT Outsourcing

Impact of configuration on IT outsourcing relationships

A comprehensive framework for assessing and managing the benefits of enterprise systems: the business manager's perspective

A model for studying IT outsourcing relationships

Managing the risks of changed processes with enterprise systems

Having expectations of information systems benefits that match received benefits: does it really matter?

Assessing and managing the benefits of enterprise systems: the business manager's perspective

Measuring Organizational IS Effectiveness: An Overview and Update of Senior Management Perspectives

Does Domberger's theory of the contracting organisation explain satisfaction with IT outsourcing?

Analysing ERP use with the structurational model of technology

Journal article  |  2001  |  Communications of the Association of Information Systems

IT Evaluation Revisited: Plus ça Change .....