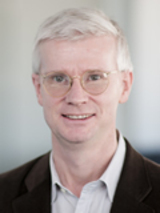 Glenn’s research focuses on the legal regulation of democratic participation, with reference to constitutional amendment, constitutional freedoms, freedom from discrimination and workplace participation. He is the author of a large body of published work on these topics including: two monographs, six books of collected essays, numerous book chapters, and many scholarly articles. His work has been published in numerous journals including the Melbourne University Law Review, Federal Law Review, Public Law Review, Comparative Labor Law and Policy Journal and Queen’s Law Journal. He has also contributed chapters to field-specific handbooks published by Oxford University Press and Edward Elgar.

Glenn has presented his research at numerous Australian and overseas universities, including Cambridge University, the London School of Economics and Political Science (LSE), King’s College London, Queen’s University (Canada), and the Paris-Sorbonne University. He has also been invited to give several presentations to the Industrial Relations Commission of New South Wales. Glenn’s presentations span domestic and comparative law as well as interdisciplinary fields.

Recognising the Politics of Constitutional Referenda: Initiation and the Policy Process for Change

Law, Protest and Democratisation: The Case of Occupy Melbourne

A Non-Executive Australian Head of State, Now and Into the Future: Towards Constitutional ..

The Right to Participate: Revisiting Roach and Rowe

Displaying the 26 most recent scholarly works by Glenn Patmore.

Recognising the Politics of Constitutional Referenda: Initiation and the Policy Process for Change

Law, Protest and Democratisation: The Case of Occupy Melbourne

The contributors are all expert in their field. The book examines the theory and history of employee voice and what voice means to..

A Non-Executive Australian Head of State, Now and Into the Future: Towards Constitutional Change

The Right to Participate: Revisiting Roach and Rowe

Perspectives of legal regulation and employment relations at the workplace: Limits and challenges for employee voice

The Head of State Debate: A Response to Sir David Smith and Professor David Flint

Justification for initiating a constitutional amendment to establish an Australian Republic: An empirical study

A legal perspective on employee participation

Happiness as an objective of labour law

Choosing the Republic: The Legal and Constitutional Steps in Australia and Canada

How Can We Be Happy at Work? Rethinking the Role of Law in the 21st Century

The Challenge of Employee Democracy

The Head of State as the Guarantor of Democratic Government.

Fundamental Doctrines for the Protection of Civil Liberties in the United Kingdom: A V Dicey and the Human Rights Act 1998 (UK).

A New Light on an Old Hill - Building Industrial Democracy in Australia.

Should the Head of State be a Guarantor of Democratic Government?

Conference Proceedings  |  2001  |  Marking the Constitutional Centenary: An Agenda for Reform.