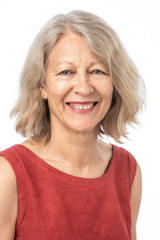 Her book The Green State: Rethinking Democracy and Sovereignty (2004) won the Melbourne Woodward Medal in 2005 for the best research in Humanities and Social Sciences and was runner up in the International Studies Association’s Sprout Award for 2005 for the best book on Environmental Studies. In 2019 she received a Distinguished Scholar Award from the Environmental Studies Section of the International Studies Association. She has served as an invited Visiting Professor at the Research Center for Global Welfare, The Graduate School of Humanities and Social Sciences, Chiba University in Japan in 2008, a Senior Visiting Fellow at the Smith School of Enterprise and the Environment, University of Oxford in 2009; as the Arne Naess Chair in Global Justice and the Environment at the University of Oslo in the northern winter of 2010- 2011; and she was awarded the Kerstin Hesselgren Visiting Professorship in Social Sciences by the Swedish Research Council in 2018, which she took up at Lund University in 2019. She was elected as Fellow of the Academy of the Social Sciences in Australia in 2007. In service to her Discipline, Robyn Eckersley has served as Chair of the Organising Committee of the Second Oceanic Conference on International Studies (OCIS II), held at the University of Melbourne in 2006, the Sixth OCIS VI, held at the University of Melbourne on 2014; and as Chair of the Oceanic Conference on International Studies Transition Committee. She is also Co-convenor/Treasurer of the Australian Political Studies Association Environmental Policy and Politics Research Standing Group. She has been a member of the Executive of the Melbourne Sustainable Society Institute since 2011. In the Faculty of Arts she has served as Director of the Master of International Relations Program 2011-2012 and 2017, and in the School of Social and Political Sciences she has held the position of Chair of the Discipline of Political Science from 2008-2010, 2014-2015 and 2018. She is also a Member of the following Editorial Advisory Boards:Environmental Politics New Political Economy Global Environmental Politics Ethics, Policy and Environment (formerly Ethics, Place and Environment) International Theory: A Journal of International Politics, Law and PhilosophyEthics and International Affairs

The Green State in Transition: Reply to Bailey, Barry and Craig

What Makes A Climate Leader?: Developed Countries' Responsibilities Under The Internationa..

The view from Marrakech: climate talks are battling through a Trump tsunami

Ecological democracy and the rise and decline of liberal democracy: looking back, looking ..

Regime Interplay: From Conflict To Integration In Overlapping International Regimes

Election 2016: what will a re-elected Coalition government mean for key policy areas?

Displaying the 3 most recent projects by Robyn Eckersley.

What Makes A Climate Leader?: Developed Countries' Responsibilities Under The International Climate Regime

This project seeks to elucidate the conditions and possibilities for climate leadership by developed states under the international climate ..

Regime Interplay: From Conflict To Integration In Overlapping International Regimes

This project furthers the National Research Priority of An Environmentally Sustainable Australia, particularly the subsidiary goal of meetin..

Integrating International Regimes: The Case Of Trade And The Environment

Displaying the 99 most recent scholarly works by Robyn Eckersley.

The Green State in Transition: Reply to Bailey, Barry and Craig

Ecological democracy and the rise and decline of liberal democracy: looking back, looking forward

This chapter introduces and defends the themes around which the Handbook has been constructed: the importance of an engagement bet..

This Handbook—one of a new series—sets out to describe the current state of the art in International Political Theory, and to adva..

Geopolitan Democracy in the Anthropocene

Who's Afraid of a Climate Treaty?

Drawing on a wealth of expertise from an international team of contributors, International Relations Theory presents a diverse sel..

Responsibility for Climate Change as a Structural Injustice

In The Oxford Handbook of Political Theory, edited by J. Dryzek, B. Honig, and A. Phillips (Oxford: Oxford University Press), 3–4..

Australian Democracy and Climate Politics for the Long Term

No island is an island: security in a Four Degree World

Australia is a Climate Laggard rather than Leader

The debates are informative and potentially provocative as the book is designed to encourage discussion and analytical and critica..

Poles Apart?: The Social Construction of Responsibility for Climate Change in Australia and Norway

Environmentalism and patriotism: An unholy alliance?

Globalization and the Environment

Moving Forward in the Climate Negotiations: Multilateralism or Minilateralism?

Conclusion: The Virtues of Human Security

The Oxford Handbook of Climate Change and Society presents an analysis of this issue that draws on the best thinking on questions ..

The Politics of Carbon Leakage and the Fairness of Border Measures

CLIMATE LEADERSHIP AND US EXCEPTIONALISM

The Ethics of Critical Theory

Environmentalism and patriotism: An unholy alliance?

A green public sphere in the WTO?: The Amicus curiae interventions in the transatlantic biotech dispute

Ambushed: The Kyoto Protocol, the Bush administration's climate policy and the erosion of legitimacy

Teaching and learning about globalisation

Kyoto and the Asia Pacific Partnership on Clean Development and Climate

This essay seeks to extend the already controversial debate about humanitarian intervention by exploring the morality, legality, a..

From the liberal to the green democratic state: Upholding autonomy and sustainability

The State as Gatekeeper: A Reply

Political theory and the ecological challenge

Greening the Nation-state: From Exclusive to Inclusive Sovereignty

The Big Chill: The WTO and Multilateral Environmental Agreements

Biosafety and ecological security: resisting the trade in GM food

The WTO and multilateral environmental agreements: a case of disciplinary neoliberalism?

Green governance in the new millenium: towards the green democratic state

The constitution and democracy in Victoria: Westminster on trial

Deliberative Democracy, Ecological Representation and Risk: Towards a Democracy of the Affected

Disciplining the Market, Calling in the State: The Politics of Economy-Environment Integration

The discourse ethic and the problem of representing nature

The death of nature and the birth of the ecological humanities

Environmental Rights and Democracy: Linking the Global to the Local

Liberal Democracy and the Rights of Nature: The Struggle For Inclusion

Markets, the State and the Environment: Introduction and Overview

The Political Challenge of Left-Green Reconciliation

Markets, the State and the Environment: Towards Integration

Markets, the State and the Environment provides an introduction and interdisciplinary, critical overview of the case for a more ma..

Tasmania's Labor-Green Accord 1989-91: Lessons from Lilliput

Rationalizing the Environment: How Much Am I Bid?

The "New Politics" of the Green Movement

Environmentalism and Political Theory Toward an Ecocentric Approach

This book provides the most detailed and comprehensive examination to date of the impact of environmentalism upon contemporary pol..

GREEN POLITICS AND THE NEW CLASS - SELFISHNESS OR VIRTUE

Displaying the 6 most recent news articles by Robyn Eckersley.

The view from Marrakech: climate talks are battling through a Trump tsunami

Election 2016: what will a re-elected Coalition government mean for key policy areas?

Australia's climate diplomacy is like a doughnut: empty in the middle

What to expect at the Paris climate talks: a mixed bag

Anthropocene raises risks of Earth without democracy and without us

FASSA - Fellow of the Academy of the Social Sciences in Australia