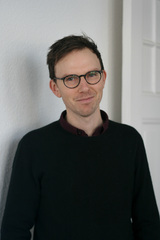 The Fall of the Berlin Wall in 1989 heralded western capitalism’s triumphalist phase. et since then, malaise has proliferated in capitalist societies amidst various crises. Social life has fractured, generating feelings of anxiety, insecurity and powerlessness. The “disaffected voter” has embodied distrustful democratic polities, and the “disaffected youth” has come to the fore in riots and movements. This project foregrounds “the disaffected” as a generalised but complicated figure in this period. It focuses on people who, while often profoundly discontented, feel they cannot effect lasting change. This produces forms of withdrawal including visible manifestations of discontent typically considered active (street movements, cultural production) as well as private retreats from contestation that are considered passive (anxiety, depression, boredom, apathy). Disaffection betrays a feeling of distance, a response to shifts that have routinely thwarted full participation. By returning to 1989, this project will take a novel, longer view of the contemporary moment, beyond the typical Anglophone focus on the last decade’s response to the financial crisis. The project seeks to import aspects of German debates to English discussion and vice versa.
In August 2014, Ben completed a cross-faculty PhD at the University of Melbourne in Social Theory and Cultural Studies. This thesis was awarded the biannual Jean Martin Award from The Australian Sociological Association for the best sociology thesis in Australia. In 2017, Ben was awarded the Philippa Maddern Prize by the Society for the History of Emotions for the most innovative article in the field. Since completing the PhD, Ben has held postdoctoral fellowships in sociology at the University of Erfurt and in cultural studies at Humboldt University.

East German intellectuals and the unification of Germany: an ethnographic view

Privatising East Germany: Re-unification and the Politics of Real Estate

Australian postcolonial trauma and silences in Samson and Delilah

Ecstatic Melancholic: Ambivalence, Electronic Music and Social Change around the Fall of t..

Displaying the 13 most recent scholarly works by Ben Gook.

East German intellectuals and the unification of Germany: an ethnographic view

Privatising East Germany: Re-unification and the Politics of Real Estate

‘In our time,’ Fredric Jameson wrote in a 2015 essay, ‘all politics is about real estate.’ Jameson’s clear-eyed conclusion makes i..

Australian postcolonial trauma and silences in Samson and Delilah

Ecstatic Melancholic: Ambivalence, Electronic Music and Social Change around the Fall of the Berlin Wall

The Cold War’s end infused electronic music in Berlin after 1989 with an ecstatic intensity. Enthused communities came together to..

Berlin and Detroit: An Alien Techno Alliance. Cultural Politics and Social Transformation after the Fall of the Wall

The Cold War’s end infused electronic music from Detroit and Berlin in the early-to-mid-1990s with an unrivalled intensity. The ev..

Divided Subjects, Invisible Borders details, through empirical and theoretical exposition, how the national unity of Germany after..

Too Early, Too Late: Fetishism, Melancholia and Mourning the GDR in Good Bye Lenin!

Being there is everything!

…with ears for landscape: Australian soundscapes

Society for the History of Emotions
2015

ARC Centre of Excellence for the History of Emotions