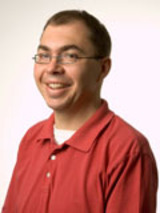 He has worked in the field of labour law in Australia, Switzerland and the United States, as an academic, an advocate, a practitioner (both nationally and internationally) and a researcher. Among other things, he served as counsel for the International Confederation of Free Trade Unions in the proceedings of the ILO Commission of Inquiry into Forced Labour in Myanmar.

At present, Colin is working as a Labour Law Specialist at the International Labour Office in Geneva, Switzerland. There he is engaged in providing advice on major labour law reforms in a number of developing economies, as well as in research that focuses on the role of labour regulation (broadly understood) in promoting economic development.

Regulating for Equitable and Job-Rich Growth

Labour Market Regulation and the Imperative to Stimulate Job-Rich Growth

The Interaction of Labour Inspection and Private Compliance Initiatives: A Case Study of B..

Labour law and inclusive development: The economic effects of industrial relations law in ..

Displaying the 41 most recent scholarly works by Colin Fenwick.

Regulating for Equitable and Job-Rich Growth

This book offers a critical reflection on the operation and effects of labour regulation.

Labour Market Regulation and the Imperative to Stimulate Job-Rich Growth

The RDW Network was established, in large measure, as a way to stimulate analysis and research in response to the continuing influ..

The Interaction of Labour Inspection and Private Compliance Initiatives: A Case Study of Better Work Indonesia

Legal Incentives to Promote Innovation at Work: A Critical Analysis

The application of human rights discourse to labour relations: Translation of theory into practice

The international labour organisation: An integrated approach to economic and social rights

Decency and fairness in labor standards: An Australian perspective on a Canadian proposal

Share-based remuneration and termination payments to company directors: What are the rules?

Share-based remuneration and termination payments to company directors: What are the rules?

How Low Can You Go? Minimum Working Conditions under Australia's New Labour Laws

Labour law in Namibia: Towards an indigenous solution?

Labour law in Namibia: Towards an 'Indigenous solution'?

International Law on the right to strike

Minimum Obligations with Respect to Article 8 of the International Covenant on Economic, Social and Cultural Rights.

The Minimum Core Content of Trade Union Rights in the South African Context.