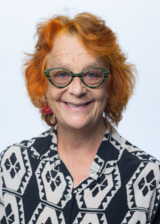 Sexual identities and the Law

Dianne teaches in the LLM and JD programs and supervises doctoral students in related areas of Public International Law and Human Rights Law.

Dianne’s scholarly research in the field of public international law and human rights law enjoys a national and international reputation, marked by its emphasis on melding theory with transformative practice. Dianne’s scholarship explores how international legal discourse reinforces hierarchies of nation, race, gender and sexuality, and aims to understand how the reproduction of such legal knowledge can be resisted. Her work draws upon a range of critical legal theories particularly those influenced by feminism, postcolonialism and queer theory.

Dianne has held visiting positions at Columbia University, the School of Oriental and African Studies, New York University and the University of British Columbia. In 2004 she was the Kate Stoneman Endowed Visiting Professor in Law and Democracy, at Albany Law School in New York. She taught in the Oxford-George Washington University International Human Rights Law Summer School Programme at Oxford University in July 2012. She sits on the Advisory Boards of International Human Rights Law Review, Third World Legal Studies, The London Review of International Law, Melbourne Journal of International Law, The Third World and International Law and Australian Yearbook of International Law. She has also been active in a number of human rights NGOs including Women’s Rights Action Network Australia (WRANA), Women’s Economic Equality Project (WEEP) Canada, International Women’s Rights Action Watch Asia Pacific (IWRAW-AP) Malaysia, and International Women’s Tribune Centre (IWTC) New York. Through her NGO involvement, she helped draft a General Comment on women’s equality for the Committee on Economic, Social and Cultural Rights and a General Recommendation on treaty obligations for the Committee on the Elimination of Discrimination Against Women, and was a member of the Expert Panel at the Asia-Pacific Regional Women’s Hearing on Gender-Based Violence in Conflict held in Phnom Penh in 2012.

The International Law Library In World Ii: New Content And Facilities For The Leading Repo..

Beyond Legal Justice: Some Personal Reflections on People’s Tribunals, Listening and Respo..

Impunity in a Different Register: People's Tribunals and Questions of Judgement, Law and R..

Gender and Sexual Diversity: A Question of Humanity?

Displaying the most recent project by Dianne Otto.

The International Law Library on the AustLII-operated WorldLII system already provides the most comprehensive free-access location of intern..

Displaying the 58 most recent scholarly works by Dianne Otto.

Ratna Kapur’s latest book provocatively invites readers to join her in her search for freedom. Along the way, she dares us to trav..

© 2018, Springer Nature B.V. This conversation between two scholars of international law focuses on the contemporary realities of ..

Beyond Legal Justice: Some Personal Reflections on People’s Tribunals, Listening and Responsibility

This article explores aspects of the critique of law performed by people’s tribunals, as well as their (re)imaginings of justice, ..

Impunity in a Different Register: People's Tribunals and Questions of Judgement, Law and Responsibility

9 Impunity in a Different Register: People's Tribunals and Questions of Judgment, Law, and Responsibility Dianne Otto* In October..

Gender and Sexual Diversity: A Question of Humanity?

Gendering the Right to Social Security in the Era of Crisis Governance: The Need for Transformative Strategies

From a women's rights perspective, this collection examines the human right to social security and social protection.

Remapping crisis through a feminist lens

Power and Danger: Feminist Engagement with International Law through the UN Security Council

The Security Council’s alliance of gender legitimacy: The symbolic capital of Resolution 1325

Institutional Partnership or Critical Seepages? The Role of Human Rights NGOs in the United Nations

The sexual tensions of UN peace support operations: A plea for “sexual positivity”

The exile of inclusion: Reflections on gender issues in international law over the last decade

The Gastronomics of TWAIL's Feminist Flavourings: Some Lunch-Time Offerings

AbstractThis paper was prepared as a lunch-time key-note address on the relationship(s) between Third World Approaches to Internat..

Deconstructing the logic of responding to one threat with another: the perils of countering terrorism by eroding human rights

"Taking a break" from "normal": Thinking queer in the context of international law

Conference Proceedings  |  2007  |  Proceedings of the 101st Annual Meeting: The Future of International Law

The perils of countering terrorism by eroding human rights

A Sign of "Weakness"? Disrupting Gender certainties in the Implementation of Security Council Resolution 1325

Communication to the human rights committee under the optional protocol to the International Covenant on Civil and Political Rights No. 1243/2004

International peace activism: the contributions made by women

"Gender Comment": Why Does the UN Committee on Economic, Social and Cultural Rights Need a General Comment on Women?

Defending Women`s Economic and Social Rights: Some Thoughts on Indivisibility and a New Standard of Equality

In Search of `Effective Remedies`: applying the International Covenant on Economic, Social and Cultural Rights to Australia

From `Reluctance` to `Exceptionalism`: the Australian approach to domestic implementation of human rights

Subalternity and international law: The problems of global community and the incommensurability of difference

Doctor of the Science of Law