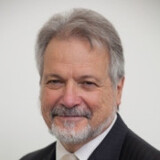 A/Prof Bob Cowan is CEO of the HEARing Cooperative Research Centre, a Principal Research Fellow at the University of Melbourne and an Adjunct Professor at Macquarie University.
Bob’s research includes cochlear implant and hearing technology, audiology and biomedical research management.

He has authored over 120 publications and book chapters, and holds a number of Australian and international technology patents and trademarks.

Bob received his Postgraduate Diploma in Audiology, and Doctor of Philosophy (Audiology) from the University of Melbourne. In addition, he holds an MBA (Technology Management) from LaTrobe University, and Graduate Diplomas in Technology Management and Health Economics. Bob’s early training was in Kinesiology (Simon Fraser) and BSc (Hons) in Physiology in Canada.
Bob heads the HEARing CRC, which brings together the research, educational, clinical and commercial skills of internationally-recognised Australian hearing research groups and leading biomedical companies to develop communication devices to enhance communication benefits for the millions of hearing impaired adults and children in Australia and world-wide. Under his leadership, the HEARing CRC has received Excellence in Innovation Awards in 2002, 2003, 2012 and 2013, as well as a STAR Award in 2012. He was a finalist in the Eureka Prizes in both 2012 and 2013.
In 2012, Bob was elected President of the international Society of Audiology, and is the Congress President for the XXXII World Congress of Audiology in 2014. He has served on the ISA Executive Committee for several years, and was Congress President of the XXVI International Congress of Audiology in Melbourne in 2002. Bob is a Fellow and Past President of Audiology Australia, and the Chair of its National Conference Committee. He was selected as Australian Professional of the Year 2004 by Professions Australia, and his contributions to audiology have been recognized through Audiology Australia’s President’s Distinguished Service Award (2003) and the Denis Byrne Memorial Lecture (2006). In 2008, Bob delivered the Libby Harricks Memorial Oration.

Electrode impedance changes after implantation of a dexamethasone-eluting intracochlear ar..

Comparison of electrode impedance measures between a dexamethasone-eluting and standard Co..

Displaying the 128 most recent scholarly works by Robert Cowan.

Electrode impedance changes after implantation of a dexamethasone-eluting intracochlear array.

Postoperative inflammation and the formation of fibrotic tissue around the intracochlear electrode array are often held responsibl..

OBJECTIVE: To compare the difference in electrode impedance across discrete time points to 24 months post-activation for two group..

Sequential stream segregation on the basis of binaural 'ear-of-entry', modulation rate and electrode place-of-stimulation cues was..

Emerging research evidence has demonstrated the potential for digital tools, such as automated language processing technology, to ..

Objective: To investigate the effect of varying cross-over frequency (CF) settings for electric-acoustic (EA) stimulation in one e..

Six versus eight weeks of antibiotics for small Mycobacteriumulcerans lesions in Australian Patients.

BACKGROUND: Antibiotics are highly effective in curing M. ulcerans lesions, but are associated with significant toxicity. In those..

OBJECTIVE: To compare the benefits of a dexamethasone-eluting array for hearing preservation and cochlear histopathology in low tr..

Charge Injection from Chronoamperometry of Platinum Electrodes for Bionic Devices

Programming characteristics of cochlear implants in children: effects of aetiology and age at implantation

Objective: Examine the influence of age at implant on speech perception, language and speech production outcomes in a large unsele..

Talking to Toddlers: Drawing on Mothers' Perceptions of Using Wearable and Mobile Technology in the Home

OBJECTIVE: Examine the influence of age at implant on speech perception, language, and speech production outcomes in a large unsel..

OBJECTIVES: To evaluate the potential risk of pneumococcal meningitis associated with the use of a dexamethasone-eluting intracoch..

Development of a safe dexamethasone-eluting electrode array for cochlear implantation.

OBJECTIVES: Cochlear implantation can result in trauma leading to increased tissue response and loss of residual hearing. A single..

Journal article  |  2014  |  Journal of the Acoustical Society of America

This paper reports findings from a study that was aimed at investigating how best to prescribe devices that provide electric-acous..

Improving uptake and outcomes of hearing aid fitting for older adults: what are the barriers and facilitators?

Outcomes of Early- and Late-Identified Children at 3 Years of Age: Findings From a Prospective Population-Based Study

Early Language Development in Children with Profound Hearing Loss Fitted with a Device at a Young Age: Part II-Content of the First Lexicon

The aim of this study was to utilise micro-focus X-ray fluoroscopy for viewing electrode movement in the cochlea. Various prototyp..

Comparison of round window and cochleostomy approaches with a prototype hearing preservation electrode.

INTRODUCTION: Preservation of residual hearing in cochlear implant recipients has been demonstrated to be possible and provides th..

A psychophysical forward masking comparison of longitudinal spread of neural excitation in the Contour. and straight Nucleus. electrode arrays.

An in vitro model for investigating impedance changes with cell growth and electrical stimulation: implications for cochlear implants

Six children with profound hearing loss and severe language delay participated in this pilot study. Four of the children used a Nu..

Actuators for the cochlear implant

Threshold, comfortable level and impedance changes as a function of electrode-modiolar distance

Conversion from the SPEAK to the ACE strategy in children using the Nucleus 24 cochlear implant system: Speech perception and speech production outcomes

Threshold, comfortable level and impedance changes as a function of electrode-modiolar distance

Conversion from the SPEAK to the ACE strategy in children using the Nucleus 24 cochlear implant system: Speech perception and speech production outcomes

Factors determining and limiting the impedance behavior of implanted bio-electrodes.

Journal article  |  2000  |  The Journal of the Acoustical Society of America

Journal article  |  1999  |  The Journal of the Acoustical Society of America

A modification of play audiometry to assess speech discrimination ability in severe-profoundly deaf 2- to 4-year-old children.

OBJECTIVE: The aim was to develop an assessment procedure that was independent of language and speech production ability, to test ..

The effect of language knowledge on speech perception: What are we really assessing?

Within-subject comparison of speech perception benefits for congenitally deaf adolescents with an electrotactile speech processor and a cochlear implant.

Journal article  |  1996  |  Journal of the American Academy of Audiology

OBJECTIVE: The aim was to assess articulation and speech intelligibility over time in a group of cochlear implant users implanted ..

The Tickle Talker, an eight-channel electrotactile speech processor, has been developed from continuing research at the University..

The Speak speech-processing strategy, developed by the University of Melbourne and commercialized by Cochlear Pty Limited for use ..

Within-subject comparison of speech perception benefits with a multiple-channel cochlear implant and a tactile device.

The progress of children using the multichannel cochlear implant in Melbourne

THE EFFECT OF HANDEDNESS IN TACTILE SPEECH-PERCEPTION

Journal article  |  1992  |  The Journal of Rehabilitation Research and Development

A review of the biological, psychophysical, and speech processing principles used to design the tickle talker

Use of a multichannel electrotactile speech processor by profoundly hearing-impaired children in a total communication environment.

Journal article  |  1991  |  Journal of the American Academy of Audiology

Journal article  |  1991  |  The Journal of the Acoustical Society of America

Journal article  |  1989  |  The Journal of the Acoustical Society of America

Four normally-hearing subjects were trained and tested with all combinations of a highly-degraded auditory input, a visual input v..

Journal article  |  1988  |  The Journal of the Acoustical Society of America

Journal article  |  1987  |  The Journal of the Acoustical Society of America

Displaying the most recent news article by Robert Cowan.

Australian Professional of the Year 2004

FICRA-Fellow of the International Collegium of Rehabilitative Audiology

FAAA-Fellow of the American Academy of Audiology

FAUDSA - Fellow of the Audiology Society of Australia