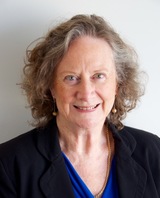 From 1998-2012 she was Director of the National Music Therapy Research Unit (NaMTRU) and co-founded the International Consortium of Music Therapy Research Universities in 2002. She was President of the World Federation of Music Therapy (WFMT) from 1999-2002, having served three terms as Chair of the Commission of Education, Training and Registration. She co-founded the Australian Music Therapy Association in 1975, and served two terms as its President. Professor Grocke has worked as a music therapist with people who have mental illness, neurological disorders and those living with dementia. She is trained in the Bonny Method of Guided Imagery and Music, and is a Fellow of the Association for Music and Imagery in the U.S. She is editor of Guided Imagery and Music: The Bonny Method and Beyond 2nd edition (2019); Guided Imagery and Music (GIM) and Music Imagery Methods for Individual and Group Therapy (2015; co-edited with Torben Moe); co-author of Receptive Methods in Music Therapy (2007) with Tony Wigram, and co-editor of Music Medicine 3 (1999) with Rosalie Rebollo Pratt. She has published widely on music therapy and GIM in refereed journals.Professor Grocke is a member of four editorial boards and an advisor to the PhD program at Aalborg University, Denmark, and a consultant to the New Zealand Society for Music Therapy.In 2012 she was presented with an Award of Merit, by the American Music Therapy Association, in recognition of service to the field of music therapy. In 2013 she was awarded a Lifetime Achievement Award by the Australian Music Therapy Association and in 2016 was made an Officer in the Order of Australia for services as a pioneering practitioner and research in music therapy and services to professional organisations.Melbourne Conservatorium of Music,Faculty of Fine Arts and Music University of Melbourne, Victoria, Australia 3010.E-mail: d.grocke@unimelb.edu.auMob: 0402 579 819

"Telling me not to worry..." Hyperscanning and Neural Dynamics of Emotion Processing During Guided Imagery and Music

The Experience Of Music And Music Therapy For Paediatric Palliative Care Patients And Thei..

Music Therapy And Dementia: A Music Based Program For Spousal Caregivers Of Persons With D..

"Music As Bridge Between Strengths And Difficulties: Preventing Mental Ill-Health Through ..

Displaying the 5 most recent projects by Denise Grocke.

Music Therapy And Dementia: A Music Based Program For Spousal Caregivers Of Persons With Dementia

"Music As Bridge Between Strengths And Difficulties: Preventing Mental Ill-Health Through Early Identification And Early Intervention In Adolescence"

The World Health Organisation and the Australian Government both predict an alarming rise in chronic mental health problems. In this study, ..

Twenty per cent of Australians will be diagnosed with a mental illness at some point in life, and are entitled to a range of therapeutic int..

Displaying the 57 most recent scholarly works by Denise Grocke.

"Telling me not to worry..." Hyperscanning and Neural Dynamics of Emotion Processing During Guided Imagery and Music

Group GIM and Group MI: A Review of Literature

Supervision in Guided Imagery and Music

This edited volume systematically describes the major adaptations of the Bonny Method of Guided Imagery which accommodate a variet..

In the Oxford Handbook of Music Therapy, international leaders in the field from 10 countries have contributed their expertise to ..

Thematic analysis of the experience of group music therapy for people with chronic quadriplegia.

BACKGROUND: People living with quadriplegia are at risk for social isolation and depression. Research with other marginalized grou..

Effect of Singing on Respiratory Function, Voice, and Mood After Quadriplegia: A Randomized Controlled Trial

Connecting through music: A study of a spousal caregiver-directed music intervention designed to prolong fulfilling relationships in couples where one person has dementia

Guided imagery and music: the Bonny method as psychotherapy

Is there a role for music therapy in the care of the severely mentally ill?

A Structural Model of Music Analysis

Celebrating the Voice of Music Therapy

Healing an inflamed body: The Bonny Method of GIM in treating rheumatoid arthritis

Music-Imagery Methods in Health and Spirituality

The Evolution of Bonny's Music Programs

Officer of the Order of Australia

FAMI - Fellow of the Association of Music & Imagery

Association for Music and Imagery (USA)