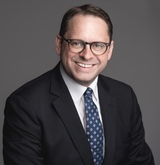 In particular, Mathew is interested in how leaders establish school cultures to enable positive learning and wellbeing environments. He has co-edited three ground-breaking books on wellbeing education. The most recent being Future Directions in Wellbeing: Education, Organizations, and Policy (Springer, 2017). A sought-after keynote speaker, over the past decade, his research has been published in top journals. He is the Editor-in-Chief of the International Journal of Applied Positive Psychology (Springer).

Before joining The University of Adelaide, Mathew held significant senior leadership positions in schools. He was the founding Director of Wellbeing & Positive Education and served on the Senior Leadership Team of St Peter’s College – Adelaide, founding Director of Leadership at the social enterprise Teach for Australia, the first Head of Positive Education and International Baccalaureate Diploma at Geelong Grammar School.

Mathew has served on the Education Committee of St Mark’s College, Adelaide’s oldest university residential college since 2011. He is an Australian representative for the International Positive Education Network and a member of the Positive Education Schools Association South Australian Chapter serving two terms as Chair (’17 &’18) and past Secretary (’16).

Positive education: Learning and teaching for wellbeing and academic mastery

Why we need positive education 2.0

Displaying the 38 most recent scholarly works by Mathew White.

Positive education: Learning and teaching for wellbeing and academic mastery

Over the past decade, positive education has emerged as a rapidly growing arm of positive psychology that has attracted both inter..

It's now about time the conversation around positive education matured. After a decade I feel we are approaching an intersection w..

Why we need positive education 2.0

This book is a collection of essays advancing the discourse in well-being science, authored by key thought leaders in positive psy..

This chapter provides the reader with an introduction to the foundation of Positive Psychology, positive education, and wellbeing...

The chapter is an exploration of two fields of inquiry and the question: “Is it possible to have a deeper understanding of Mary by..

Over the past decade, there has been a rapid rise of interest in the application of positive psychology within education settings...

Over the last two decades, well-being has become increasingly central to public consciousness and the policy agenda (Diener et al...

In this article I contend that developing Positive Education Leadership Practice is one of Australia's greatest educational challe..

This book arose from a landmark Australian conference run at St Peter’s College-Adelaide in September 2014, Flourishing in Faith: ..

Positive psychology is a field that is heavily embedded in models of individual behavior change (Kristjánsson 2012; Slemp et al. 2..

Why won't it Stick? Positive Psychology and Positive Education

Based on action research and implementation at one of the world’s great schools, this book provides a much-needed exploration of h..

A multidimensional approach to measuring well-being in students: Application of the PERMA framework

A case study of 'The Good School:' Examples of the use of Peterson's strengths-based approach with students

Strengths-Based Approaches in the Classroom and Staffroom

Mathew A White, A Simon Murray

Education and culture an Australian coeducational boarding school as a crucible for a culturally diverse life as seen through the eyes of the students themselves. A humanistic sociological study

Finding similarities and points of connection between Positive Psychology and Christianity

Towards the Creation of a Positive Institution

A new approach to relationship management

Personalising relationships: an Australian co-education boarding school as a crucible for life

Literature education in a globalised world

A singular approach to plurality

Journal article  |  2007  |  IB World (The magazine of the International Baccalaureate)

An Australian co-educational boarding school: A sociological study of Anglo-Australian and overseas students' attitudes from their own memoirs

FACE - Fellow of the Australian College of Education

AFAIM - Associate Fellow of the Australian Institute of Mangement

FRSA - Fellow of the Royal Society for the Arts