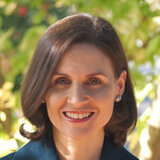 It engages with critical approaches to native title; comparative work on Indigenous and non-Indigenous approaches to property and environment, focusing on Indigenous ontologies and epistemologies; Indigenous rights at international law, including climate justice; and Indigenous and local community engagement in climate change mitigation and abatement activities. Her postdoctoral project investigates intersections between the global imperatives of international climate change initiatives and associated legal frameworks and their domestic implementation, international human rights, and the narratives of Indigenous communities. This research critically compares global and local ‘narratives’ of climate change and imagines the impact of climate change transitions for local and Indigenous communities. Following various philosophical and critical legal perspectives, her forthcoming book, Indigeneity: Before and Beyond the Law (Routledge, 2016), examines contested notions of indigeneity, the troubled juxtaposition of law and justice in the context of Indigenous legal claims and literary expressions, the contested history and jurisprudence of native title, international and national discourses of rights and recognition, postcolonialism and resistance in ‘settler’ nation states, and the mutually constitutive relation between law and literature.

Kathleen completed a PhD (Law) at Birkbeck, University of London, under the supervision of Professor Peter Fitzpatrick, and an LLB (Hons), BA (Hons) and Graduate Diploma in Arts (English Literature) at The University of Melbourne. She has taught at Birkbeck, University of London and, prior to entering academia, worked in commercial legal practice, specialising in environmental, property and native title law. She is a member of the Melbourne Law School Centre for Resources, Energy and Environmental Law and Institute for International Law and the Humanities.

Book Review: Global Politics and Its Violent Care for Indigeneity: Sequels to Colonialism

An Idea of Justice

Review of James Martel, Divine Violence: Walter Benjamin and the Eschatology of Sovereignt..

Climate Change and REDD : Property as a Prism for Conceiving Indigenous Peoples' Engagemen..

Displaying the most recent project by Kathleen Birrell.

Displaying the 14 most recent scholarly works by Kathleen Birrell.

Book Review: Global Politics and Its Violent Care for Indigeneity: Sequels to Colonialism

Journal article  |  2018  |  Journal of Human Rights and the Environment

The impending impact of climate change upon human communities has elicited a call for ‘climate justice’, particularly to achieve j..

Examining contested notions of indigeneity, and the positioning of the Indigenous subject before and beyond the law, this book foc..

An Idea of Justice

Review of James Martel, Divine Violence: Walter Benjamin and the Eschatology of Sovereignty

Climate Change and REDD : Property as a Prism for Conceiving Indigenous Peoples' Engagement

Journal article  |  2012  |  Journal of Human Rights and the Environment

‘An Essential Ghost’: Indigeneity Within the Legal Archive

Authorship and the Dreaming: Indigenous Culture and Intellectual Property Law