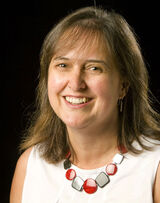 Sue Cole completed her PhD on the reception of the sacred choral music of Thomas Tallis in late 2004. Her book on this topic, Thomas Tallis and his Music in Victorian England, was published by Boydell & Brewer, UK, June 2008.
Since completing her doctorate, she has been researching the revival of early English, or ‘Tudor’, church music, and in 2008 was awarded a 4-year Australian Research Council Postdoctoral Fellowship to pursue this research further.
Other research interests include the reception of early English keyboard music, and amateur music making in colonial Melbourne, which she worked on as part of a large ARC-funded project headed by Kerry Murphy.
She has also taught the core undergraduate music history subjects ‘Baroque and Classical Music’ and ‘Nineteenth-century Music and Society: Europe and Beyond', together with 'Music Research' and ‘Choral Music: 1000 years’.
Sue also worked for many years as an organist and choir director at various Anglican and Catholic churches.
Current research projects
The Revival of Tudor Church Music 1880-1930: Choral Traditions, Roman Catholicism and English National Identity
Current activities
She is also a corresponding member of CHOMBEC - the Centre for the History of Music in Britain, the Empire and the Commonwealth - based at the University of Bristol.
Recent conference papers
• ‘John F. Runciman, New Criticism and Old Music in the 1890s’, 9th Biennial Conference for Music in Nineteenth-century Britain, Cardiff and MSA Victoria Chapter Conference, July 2013
• ‘Terry, Sheppard and the politics of the Tudor Church Music edition’, Medieval and Renaissance Music Conference, Certaldo, Italy, July 2013
• ‘Taverner vs. Byrd: The politics of the Tudor Music revival’, MSA National Conference, Canberra, Nov 2012
• ‘R.R.

'Popery, Palestrina and Plain-tune': the Oxford Movement, the Reformation and the Anglican Choral Revival

'Things that chiefly interest ME': Tippett and early music

Who is the father? Changing perceptions of Tallis and Byrd in late nineteenth-century Engl..

Displaying the 12 most recent scholarly works by Sue Cole.

'Popery, Palestrina and Plain-tune': the Oxford Movement, the Reformation and the Anglican Choral Revival

'Things that chiefly interest ME': Tippett and early music

Who is the father? Changing perceptions of Tallis and Byrd in late nineteenth-century England

Thomas Tallis and his Music in Victorian England

Meirion Hughes, The English Musical Renaissance and the Press 1850-1914: Watchmen of Music

‘As Much by Force of Circumstances as by Ambition’: The Programming Practices of the Melbourne Liedertafel Societies, 1880–1905