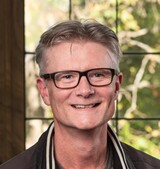 Anthony White is an Associate Professor in the School of Culture and Communication at the University of Melbourne. His research focuses on the history of modern and contemporary art.

He has published several books, including Italian Modern Art in the Age of Fascism (Routledge, 2020), Art as Enterprise: Social and Economic Engagement in Contemporary Art (with Grace McQuilten, IB Tauris, 2016), and Lucio Fontana: Between Utopia and Kitsch (MIT Press, 2011). He has written for the peer-reviewed art history journals Grey Room, October, The Australian and New Zealand Journal of Art, and Third Text, and for exhibition catalogues published by The Metropolitan Museum of Art, New York; the Musée d'Art moderne de la Ville de Paris; the National Gallery of Australia, Canberra; and the Heide Museum of Modern Art, Melbourne. He is also a contributor to Artforum.

During his tenure as Curator of International Painting and Sculpture at the National Gallery of Australia from 2000 to 2002 he curated the major art exhibitions Frida Kahlo, Diego Rivera and Mexican Modernism; Sol LeWitt Drawings, Prints and Books 1968-1988 (with Steven Tonkin); and Jackson Pollock’s Blue Poles. In 2008 he co-curated The Art of Making Sense at the Dax Centre in Melbourne.

He is a frequent recipient of research awards from the Australian Research Council (2018, 2012, 2007) and the Ian Potter Foundation (2014) and was a named Collaborator on a project funded by the Social Sciences and Humanities Research Council of Canada (2012 - 2017). He has held visiting positions at the Department of Italian Studies, New York University (2013), The Centre for Advanced Studies in the Visual Arts, Washington D.C. (2006), and the Humanities Research Centre at The Australian National University (2005). In 2014 he was elected President of the Art Association of Australia and New Zealand, and was appointed a Research Fellow in the Centre of Visual Art at The University of Melbourne in 2018.

Italian Modern Art in the Age of Fascism

The Underworld: Outsider Artists And The Reformulation Of Australian Art

Why you should go to MOMA at NGV

Displaying the 7 most recent projects by Anthony G White.

The Underworld: Outsider Artists And The Reformulation Of Australian Art

This project aims to produce an understanding of outsider artists, their lives, their histories, and the socio-historic context in which the..

This project will produce a comprehensive and authorative research facility of national and international signi?cance. The enhanced Design a..

This project develops an ethical, multi-dimensional framework for exhibiting creative works by people who experience mental illness and/or p..

This project develops an ethical, multi-dimensional framework for exhibiting creative works by people who experience mental illness and/or p..

Displaying the 72 most recent scholarly works by Anthony G White.

Italian Modern Art in the Age of Fascism

This book examines the work of several modern artists, including Fortunato Depero, Scipione, and Mario Radice, who were working in..

The Fascist Mentality in Australian Art and Criticism

Art as enterprise: social and economic engagement in contemporary art

‘The Film of a Provincial’: The Artist Traveller in Fellini’s La dolce vita (1959)

Impact and Sustainability in Art Based Social Enterprises

This report maps the emergent territory of social entrepreneurship in the arts in Australia and investigates factors that impact u..

Futurism, Territory and War in the Work of Fortunato Depero

Surrealism in Italy? Sexuality and Urban Space in the Work of Scipione (1904–1933)

Fiona Abicare: What is Happening?

Up the Street: Mario Radice and Cesare Cattaneo's Camerlata Fountain 1935 - 2010

The Trouble with Twins: Image and Ritual of the Yoruba ere ibeji

TV and Not TV: Lucio Fontana's Luminous Images in Movement

Wastage of Effect: Newness, Expendability and Memory in 1960s Art

'Have Mary Janes Gone Up?' Participation and Disaffiliation in Oldenburgs 'The Store'

From Kitsch to Space: Lucio Fontana's Ceramics and the Spatial Environment

Cut off from the stream

Journal article  |  2007  |  Art Journal of the National Gallery of Victoria

Modernism and fascism: Italian abstract art in the 1930s and 1940s

No Form Can Be Spatial

Journal article  |  2005  |  Art Journal of the National Gallery of Victoria

Review of The Art of Enigma: The De Chirico Brothers and the Politics of Modernism by Keala Jewell

Abstract Art, Ethics and Interpretation: The case of Mario Radice

Abstract Art and Fascism in Como

The Movement that Rocked Art: Their Place in History

They are Vying for Shreds of her Garments; Jacques and Natasha; My Mother, Myself and the Universe

Agnes Martin: on the empty beach

Contemporary aboriginal art: A guide to the rebirth of an ancient culture

Displaying the most recent news article by Anthony G White.

Why you should go to MOMA at NGV

The University of Melbourne
2004

The University of Melbourne
1992