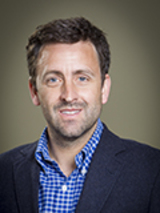 Matthew Harding joined the Law School as a lecturer in 2005.

Matthew graduated from the University of Melbourne in 1998 with first class honours degrees in law and in arts.

He also holds a Bachelor of Civil Law degree (with distinction) and a D.Phil from the University of Oxford. During his time as a postgraduate student in Oxford, Matthew held Chevening and Clarendon Fund Scholarships and, during 2002-3, a research fellowship funded by the Andrew Mellon Foundation. His D.Phil thesis was on the moral foundations of fiduciary law. Prior to undertaking postgraduate study, Matthew also worked as a solicitor for Arthur Robinson & Hedderwicks (now Allens) in Melbourne.

Matthew has taught a number of subjects in legal theory and private law at the Melbourne Law School, in the LLB, JD and RHD programs. He has also taught at the University of Otago in New Zealand and at the National University of Singapore. Matthew currently supervises a number of PhD students working on a range of private law topics.

Defining, Regulating And Taxing The Not-For-Profit Sector In Australia: Law And Policy For..

Should wealthy private schools and hospitals have charity status in Australia?

Equity and the Value of Certainty in Commercial Life

Introduction to the research handbook on not-for-profit law

Displaying the 2 most recent projects by Matthew Harding.

Defining, Regulating And Taxing The Not-For-Profit Sector In Australia: Law And Policy For The 21st Century

The not-for-profit sector is crucial to the economy and social inclusion in Australia. The sector's role and significance is growing but it ..

Displaying the 50 most recent scholarly works by Matthew Harding.

Equity and the Value of Certainty in Commercial Life

This Research Handbook provides a comprehensive overview of scholarship on not-for-profit law.

Introduction to the research handbook on not-for-profit law

This Research Handbook provides a comprehensive overview of scholarship on not-for-profit law. The chapters, written by world lead..

Judges and others have frequently spoken of fiduciary relationships as relationships of trust. But what precisely does that mean? ..

Kathryn Chan’s book, The Public-Private Nature of Charity Law, is an important new contribution to this dynamic scene. Chan, from..

Disgorgement of Profit and Fiduciary Loyalty

Charity Law and the Liberal State: A Reply

I first encountered charity law teaching a course on equity and trusts to undergraduate students. In the setting of that course, t..

Equity and the Rule of Law

An Antipodean view of political purposes and charity law

There are many ways to think about a wide-ranging and provocative book like Allan Beever's Forgotten Justice. The book may be read..

Discretion and Taxonomy in Private Law

Equity and Statute in Charity Law

RELIGION AND THE LAW OF CHARITY: A LIBERAL PERSPECTIVE

AbstractThis article considers the treatment of religious purposes in charity law from a liberal perspective informed by the work ..

Equity and the Value of Gifts

Three challenges in charity regulation: The case of England and Wales

Charity law and the liberal state

What is the point of charity law?

The Limits of Equity in Disputes Over Family Assets

Some Arguments against Discriminatory Gifts and Trusts

Finding the limits of Aid/Watch

OVERRULING IN THE HIGH COURT OF AUSTRALIA IN COMMON LAW CASES

Responding to fraud in title registration systems: A comparative study

Trusts for Religious Purposes and the Question of Public Benefit

The Law of Rescission

Barnes v Addy claims and the indefeasibility of Torrens title

Displaying the most recent news article by Matthew Harding.

Should wealthy private schools and hospitals have charity status in Australia?