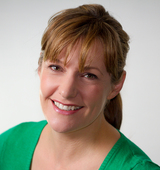 A/Prof Nayagam graduated from the University of Tasmania in 2000, with a double major in biochemistry and molecular biology, and first class Honours in cortical neuroscience. Her Honours project was supervised by Professor James Vickers and investigated the way in which primary cortical neurons responded to injury in vitro, with an emphasis on the involvement of the neurofilaments and GAP43 proteins in mounting a regenerative response.

In 2003, Dr Nayagam moved into auditory neuroscience and undertook her PhD with Professor Rob Shepherd at the Bionics Institute (formerly Bionic Ear Institute), Melbourne. Her PhD examined the potential of stem cells to provide replacement neurons to the deaf cochlea, for which she received the Dean’s Prize for Excellence (2008). After post-doctoral experience as a Victoria Fellow working at Harvard University (Boston) and Johns Hopkins University (Baltimore) she returned to the University of Melbourne to establish an independent research group in stem cells and regeneration of the auditory nerve.

A/Prof Nayagam's research is focussed on better understanding the sensory biology of hearing and preventing the loss of key sensory cells during hearing loss. Her research spans regenerative stem cell biology and using advanced MRI to interrogate the human auditory brainstem. Details of research projects are available here:
http://healthsciences.unimelb.edu.au/research-groups/audiology-and-speech-pathology-research/auditory-neuroscience-unit
A/Prof Nayagam currently co-ordinates the Anatomy and Physiology subjects for the Masters of Audiology (ANAT90004) and the Masters of Speech Pathology (ANAT90011), and designed and co-ordinates the new undergraduate course in Auditory Neuroscience (Neur30007) at the University of Melbourne.

Dr Nayagam's laboratory and collaborators use a range of experimental techniques including micro-dissection, cell, stem cell and tissue culture and transplantation, fluorescence immunochemistry, confocal imaging, electron microscopy, electrical stimulation, in vitro and in vivo electrophysiology and magnetic resonance imaging. Bryony manages several national and international collaborations with over 40 peer-reviewed publications since 2006, and over 100 national and international conference abstracts. She has been independently funded by several major organisations including the National Health and Medical Research Council of Australia, The Garnett Passe and Rodney Williams Memorial Foundation, The Hearing CRC, and the University of Melbourne. She supervises students at all levels including PhD, Masters, Honours and UROP and welcomes enquiries at any time from prospective students.

Regenerative Therapies For The Treatment Of Hearing Loss

A Comparison of Electrical Stimulation Levels Across Ears for Children With Sequential Bil..

Displaying the 9 most recent projects by Bryony Nayagam.

Regenerative Therapies For The Treatment Of Hearing Loss

A major challenge in treating neurodegenerative conditions with stem cells, is to generate a population of donor cells which are capable of ..

One in four Australians is predicted to experience some form of hearing loss by 2050. Hearing loss is irreversible and the chief clinical tr..

Displaying the 56 most recent scholarly works by Bryony Nayagam.

Stem cells have been touted as a source of potential replacement neurons for inner ear degeneration for almost two decades now; ye..

OBJECTIVES: To compare threshold and comfortable levels between a first and second cochlear implant (CI) for children, and to cons..

Graphene foam as a biocompatible scaffold for culturing human neurons

Stem Cells for the Replacement of Auditory Neurons

Cell and gene therapies for the treatment of hearing disorders

Viability of Long-Term Gene Therapy in the Cochlea

It has been demonstrated in recent years that pulsed, infrared laser light can be used to elicit electrical responses in neural ti..

Cochlear implant electrode insertion: in defence of cochleostomy and factors against the round window membrane approach.

INTRODUCTION: The round window membrane (RWM) is an increasingly popular route for electrode insertion in cochlear implantation es..

The spiral ganglion: Connecting the peripheral and central auditory systems

Conference Proceedings  |  2010  |  The Art, Science and future of Otorhinolaryngology: Frontiers 2010

Conference Proceedings  |  2010  |  Proceedings of The Art, Science and future of Otorhinolaryngology: Frontiers 2010

Surgical access to the mammalian cochlea for cell-based therapies

Concise review: The potential of stem cells for auditory neuron generation and replacement

Conference Proceedings  |  2007  |  Proceedings of the Association for Research in Otolaryngology

Hydrogel for cell encapsulation in the deafened mammalian cochlea

Indications for using genes or cells to regenerate the ear

Journal article  |  2005  |  Journal of the Association for Research in Otolaryngology

Strategies for stem cell based therapy in the mammalian cochlea

Dean's Award for Excellence in a PhD Thesis

Australian-French Association for Science and Technology

Association for Research in Otolaryngology