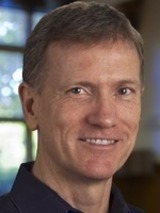 I am Professor of International Relations in the School of Social and Political Sciences, University of Melbourne.

I specialise in the political economy of international money and finance, including their governance among and within countries. Here is a video launching my most recent book, The Wealth Effect (Cambridge, 2019), co-authored with Jeffrey Chwieroth at the LSE: http://www.systemicrisk.ac.uk/events/wealth-effect-how-great-expectations-middle-class-have-changed-politics-banking-crises.

Here is a brief explainer of this research (https://voxeu.org/article/satisfying-great-expectations-middle-class)

I have a BA(Hons) degree in Economics and Political Science from the University of Western Australia and a MPhil and DPhil in International Relations (on international monetary organization) from Oxford University in 1987. I worked in London and New York as an associate in JP Morgan's investment banking division over 1987-90 before I left for academia. I have published articles on the political economy of international finance and investment, on globalization, and on international standards and compliance. My first book was on international monetary relations since 1870 (World Power and World Money: The Role of Hegemony and International Monetary Order [1993]). My recent books are Governing Finance: East Asia's Adoption of International Standards (Cornell, 2008), Analyzing the Global Political Economy (Princeton, 2009), China, the United States, and Global Order (Cambridge, 2011, with Rosemary Foot), East Asian Capitalism (Oxford, 2012, with Xiaoke Zhang), Global Financial Governance Confronts the Rising Powers (CIGI, 2016, with C. Randall Henning), and The Wealth Effect: How the Great Expectations of the Middle Class Have Changed the Politics of Banking Crises (2019, Cambridge University Press, with Prof Jeffrey Chwieroth, LSE). My current research concerns the role of emerging countries in global economic governance, the global setting and diffusion of financial regulatory standards, and the political and policy aftermaths of financial crises.

Uncertainty in the UK

The financialization of mass wealth, banking crises and politics over the long run

Displaying the 4 most recent projects by Andrew Walter.

What Determines The Political Consequences Of Financial Crises? Ideas, Institutions, And Society Over The Long Run

Financial Regulation In Asia – A New Model For Regional Cooperation

Displaying the 50 most recent scholarly works by Andrew Walter.

The financialization of mass wealth, banking crises and politics over the long run

This special report explores the role of emerging-country members in the Basel process, a key aspect of global financial standard ..

Emerging Countries in Global Financial Regulatory Standard Setting: What Is to Be Done?

This paper explores the role of emerging-country members in the Basel process, a key aspect of the global financial standard-setti..

Australia and the Aftermath of the GFC

Global Governance and the Changing Structure of International Finance

Emerging Countries and Basel III: Why Is Engagement Still Low?

Should We Be Sceptical about Prospects for an 'Asian Century'?

By illuminating the politics of China’s international monetary relations, this book provides a timely account of the global econom..

Global norms and major state behaviour: The cases of China and the United States

The Mismanagement of Global Imbalances: Why Did Multilateralism Fail?

Globalisation and policy convergence: The case of direct investment rules

Global Imbalances and Currency Politics: The US, EU, and China

The creation and destruction of value: the globalization cycle

The storm: the world economic crisis and what it means

IPE students with little or no background in economics will therefore find this book useful, and economics students interested in ..

Do Voluntary Standards Work Among Governments? The Experience of International Financial Standards in East Asia

Unravelling the Faustian Bargain: Non-state Actors and the Multilateral Agreement on Investment

NGOs, business, and international investment: The multilateral agreement on investment, Seattle, and beyond

Whatever happened to the Pacific Century?

Whatever happened to the Pacific Century?

Typical of the opposing trends that have been a part of the decade 1989 to 1999, many of the states in the Asia-Pacific in these t..

Do Corporations Really Rule the World?

Adam Smith and the liberal tradition in international relations

DISTRIBUTIVE JUSTICE AND THE THEORY OF INTERNATIONAL-RELATIONS

Displaying the 2 most recent news articles by Andrew Walter.

Uncertainty in the UK