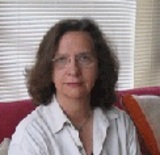 Barbara Creed is a graduate of Monash and La Trobe Universities. Her doctoral thesis was on the cinema of horror, feminism and psychoanalysis.

Her areas of research include feminist film theory, film and psychoanalytic theory, the impact of Darwinian theory on the evolution of film genres, and the cinema of human rights and human/animal studies.

Her publications include The Monstrous-Feminine: Film, Feminism, Psychoanalysis (Routledge, 1993), now in its sixth edition; Media Matrix: Sexing the New Reality (Allen & Unwin, 2003); Pandora's Box: Essays in Film Theory (ACMI, 2004); Phallic Panic: Film, Horror & the Primal Uncanny (MUP, 2005); and Darwin's Screens: Evolutionary Aesthetics, Time and Sexual Display in the Cinema (MUP, 2009). She is co-editor of the anthologies Body Trade: Captivity, Cannibalism and Colonialism in the Pacific (2001) and Don't Shoot Darling: Women's Independent Filmmaking in Australia (1987). Her articles have been translated into a range of foreign languages and appeared in international journals including Screen, Camera Obscura, New Formations and Third Text. She has been invited to deliver many key-note papers both in Australia and internationally, including the Freud Institute, the Universities of Oxford, Manchester, Lancaster, Paris, Utrecht, Frankfurt, UCLA, the Courtauld Institute and the Huntington.

Barbara is a member of the Australian Academy of the Humanities. She is on a number of international editorial boards and acts as a reader for various international publishing houses and journals. She is an assessor for the Australian Research Council. Barbara is an active figure in the film community as a film reviewer, speaker and writer. She has served on the Boards of the Melbourne Writers Week, the Melbourne International Film Festival, the Melbourne Queer Film Festival, and the VCA School of Film and Television. Barbara initiated the establishment of the Human Rights & Animal Ethics Research Network (HRAE) in 2011. Barbara also served as Head of the School of Culture and Communication at the University of Melbourne for four years. She is the recipient/co-recipient of five Australian Research Council Discovery grants. In 2015 Barbara was honoured with the Redmond Barry Distinguished Professor award. She is currently an Honorary Professorial Fellow in the School where she is director of the Human Rights & Animals Research Network, holds an ARC Discovery grant and is supervising PhD students. Her forthcoming book, Stray: human/animal ethics in the Anthropocene will be published by Power Publications at the end of 2016.

The Global Self: Screening The History Of Human Rights In The 20th Century To The Present

The Horse: reframing the history of human progress

Entangled Looking: The crisis of the animal

"Empathy And Evolution: The History Of Emotions And The Literary And Visual Representation..

Cinema And Civilisation: Science, Progress And Empire In Early Film

Displaying the 4 most recent projects by Barbara Anne Creed.

The Global Self: Screening The History Of Human Rights In The 20th Century To The Present

This project will research the history and theory of human rights as represented in film and new media. It will analyse the origins and deve..

"Empathy And Evolution: The History Of Emotions And The Literary And Visual Representation Of Animals"

A study of emotions in human and animals is a key area of contemporary research in both the sciences and humanities. It has crucial implicat..

Cinema And Civilisation: Science, Progress And Empire In Early Film

This study will explore the role of early film in disseminating the Western ideals of progress, science and technology in the colonial natio..

The Darwinian Screen: Race In Pacific And Australian Film 1900-1970

This project examines the influence of Darwinism in filmic narratives which deal with race that are set in Australia and the Pacific from 19..

Displaying the 53 most recent scholarly works by Barbara Anne Creed.

Entangled Looking: The crisis of the animal

Orgasmology: What Does the Orgasm Want?

MAITRESSE PORNOGRAPHY, RITUAL AND THE QUESTION OF THE ANIMAL

Contributors to this volume engage with eco-trauma cinema in its three general forms: accounts of people who are traumatized by th..

Equus: ecstasy, therapy, and the animal

“Low down Dirty Rat”: Popular and Moral Responses to Possums and Rats in Melbourne

The Elephant's Graveyard: Spectres of the Abyss?

Apes and Elephants: In Search of Sensation in the Tropical Imaginary

Journal article  |  2013  |  Etropic: electronic journal of studies in the tropics

Political Activism and Radical Change: Homosexuality - A Film for Discussion (1975)

The monstrous feminine: stereotyping against the grain

Memory, History and Modernity Screening Ceremonies of the Civilising Mission

Woman as death; Vertigo as Source

Memory and history: early film, colonialism and the French Civilising Mission in Indochina

Tropical Malady: Film & the Question of the Uncanny Human-Animal

Is evolution over? Art and the post-darwinian body

Jedda, Negritude and the modernist impulse in Australian film

What Do Animals Dream Of? Or King Kong As Darwinian Screen Animal

Feminism And Film Since The 1990s

Déjà Vu, Film and the Uncanny

The Unheimlich Pacific of Popular Film: Surreal Geography and the Darwinian Sublime

The untamed eye and the dark side of surrealism: Hitchcock, Lynch and Cronenberg

The Neomyth In Film: The Woman Warrior from Joan of Arc to Ellen Ripley

Horror and the Monstrous-Feminine: an imaginary abjection [Russian translation; originally published in Screen 27(1) (1986): 44-71]

The End of the Everyday: Transformation, Sexuality and the Uncanny

On Reason and Emotion

Conference Proceedings  |  2002  |  Winds of change in the sea of learning. Proceedings of the 19th Annual Conference of the Australasian Society for Computers in Learning in Tertiary Education

Conference Proceedings  |  2002  |  Winds of Change in the Sea of Learning

Breeding out the black: Jedda and the stolen generations in Australia

Displaying the most recent news article by Barbara Anne Creed.

The Horse: reframing the history of human progress