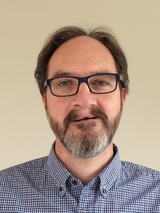 Sean Gaston was born in Melbourne in 1967 and grew up in America and Britain. He studied at the University of Melbourne, gaining his B.A.

Hons. In English in 1990, his M.A. in 1994 and his PhD in 1999. His M.A. focused on Derrida's reading of G.W.F. Hegel. His doctoral thesis examined concepts of disinterest – taken as the opposite of self-interest – in seventeenth and eighteenth-century Britain from Thomas Hobbes to Adam Smith. He was a major scholar at Ormond College, University of Melbourne (1988) and recipient of a Commonwealth Scholarship (1992).

He was Senior Lecturer and then Reader in English at Brunel University London from 2006-2017. He was a Visiting Scholar at Wolfson College, University of Oxford, in 2017-2019.

He has published five monographs on the work of the philosopher Jacques Derrida (1930-2004). In Derrida and Disinterest (2005) he examined the rethinking of ideas of disinterest as an ethical concept. The Impossible Mourning of Jacques Derrida (2006) focused on the necessary gaps in philosophy, literature and history that both invite bridging and refuse any possible closing of the gap.

In Starting With Derrida: Plato, Aristotle and Hegel (2007), he addressed concepts of 'starting with' that must always start again by moving backwards to move forwards. In Derrida, Literature and War: Absence and the Chance of Meeting (2009), a range of philosophical and literary works are used to dispute the idealisation of a pure absence and to examine in its place the chances of the chance meeting that can also become a duel or a war-like encounter. In 2011 he edited Reading Derrida's Of Grammatology.

In 2013, he published The Concept of World from Kant to Derrida, which focused on the treatment of the concept of world in Kant, Hegel, Husserl, Heidegger and Derrida. In addition to his work on Derrida, he has published articles on a wide range of literary, cultural and philosophical questions, including: imprudence in the eighteenth-century novel; exile and tradition; literature and biography; eighteenth-century concepts of sympathy and custom; ideas of pity and the use of animal fables in moral philosophy; the construction of the literary character; religion in the space of literature.

His most recent publication is Jacques Derrida and the Challenge of History (Rowman & Littlefield, 2019). This monograph argues that Derrida's work can be treated as the basis for a distinctive historiography.

Jacques Derrida and the Challenge of History

George Eliot and the Anglican reader

Isaac D'Israeli and the invention of the literary character

The Concept of World from Kant to Derrida

Displaying the 37 most recent scholarly works by Sean Gaston.

Jacques Derrida and the Challenge of History

In the first book-length study of Derrida and the question of history, and in response to the 2016 publication of Derrida's 1964-1..

George Eliot and the Anglican reader

This volume attempts to show that it is vital that we address the motif of the 'end' in contemporary world - but that this cannot ..

Isaac D'Israeli and the invention of the literary character

The Concept of World from Kant to Derrida

A clear and concise account of the metaphysical concept of world, its possibilities and limitations, from Kant to Derrida.

The Fables of Pity: Rousseau, Mandeville and the Animal-Fable

Derrida and the End of the World

The Impossibility of Sympathy

CONRAD AND THE ASYMMETRICAL DUEL

This collection brings together leading literary and cultural critics to explore the Authorship question as a social, cultural and..

Derrida, Literature and War Absence and the Chance of Meeting

This is a fascinating examination of the relation between absence and chance in Derrida's work and through that a re-examination o..

(Not) Meeting without Name

War and the Chances of Literature

The Fiction of Imprudence

Derrida and the history - of literature

The impossible mourning of Jacques Derrida

Romanticism and the spectres of disinterest

Technics of decision - An interview (With introduction and bibliography)

Derrida and the ruins of disinterest

Fellow of the Hermeneutical Research Group of the University of Barcelona

Fellow of the London Graduate School