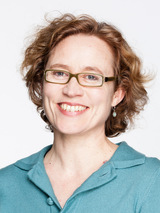 Romantic-period literature and culture of the eighteenth and nineteenth centuries

In 2017 she was elected to the Australian Academy of the Humanities.

Tuite specializes in Romantic literature and cultural history, with a focus on the historical, cultural and social contexts of Romantic literature. Her research engages canonical British Romanticism from the perspectives of the history and theory of the literary institution, history of sexuality and sociability. She has a particular interest and expertise in the work of Jane Austen and Lord Byron.

Her most recent book is Lord Byron and Scandalous Celebrity (Cambridge University Press, 2015) which was awarded the Elma Dangerfield Prize by the International Association of Byron Societies. Her first monograph Romantic Austen: Sexual Politics and the Literary Canon (Cambridge University Press, 2002) was shortlisted for the MLA Prize for a First Book. For Cambridge University Press, she is currently editing Byron in Context (forthcoming, 2019). With Gillian Russell, she is working on a project on Regency Romanticism in Britain, Ireland and Australia (funded by the ARC 2016-2018). She is also completing a monograph on trans-European literary Romanticism and the media of romantic love (funded by the ARC 2012-2015). She has held research fellowships at the Rockefeller Center, Bellagio (2004); Center for Urban Cultural History, University of Massachusetts, Boston (2011); Humanities Research Centre, Australian National University (2012); Chawton House Library, UK (2015); Trinity College, Cambridge (2017). She is Vice President of the Australasian Association of Literature.

Libertine reveries: Romantic love in the time of radical terror

Literary Romanticism And The Media Of Romantic Love: A Cultural History, 1774-1840

Displaying the 5 most recent projects by Clara Tuite.

Literary Romanticism And The Media Of Romantic Love: A Cultural History, 1774-1840

This project will produce a groundbreaking cultural history of romantic love that analyses romantic love not as a feeling but as a code of c..

This project addresses the critical neglect of women who engaged in writing history in Britain during the nineteenth century. It will demons..

This project will produce the first full-length study of Romantic literary celebrity (1798-1910). It will argue that a new form of literary ..

Displaying the 24 most recent scholarly works by Clara Tuite.

Libertine reveries: Romantic love in the time of radical terror

Exploring both the grounds for the central place of Romantic love in contemporary lives and the meaning, extent and nature of its ..

NLIKE poetry and drama, the novel belongs entirely within the sphere of recorded history. Novels, like historical records, are wr..

Not Guilty: Negative Capability and the Trials of William Hone

Sensibility, Free Indirect Style, and the Romantic Technology of Discretion

Introduction: The Gender of Whig Historiography: Women writers and Britain's pasts and presents

On His Knees: Stendhal, Byron and a Hundred Irresistible Impulses

Finalist for MLA Prize for a First Book

Australian Academy of the Humanities

Bachelor of Arts with Honours