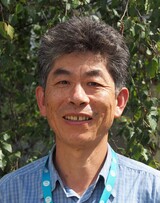 Professor QJ Wang obtained his BE in 1984 from Tsinghua University at Beijing with a “Graduate of Excellence” Award. In Ireland, he completed his MSc in 1987 and PhD in 1990 at University College Galway.

QJ worked briefly as a Postdoctoral Fellow with Professor James Dooge at University College Dublin, before returning to University College Galway to take up a Lecturer position. In 1994, QJ came to Australia and joined the University of Melbourne, where he worked as a Lecturer and later as a Senior Lecturer. In 1999, QJ took up a Principal Scientist position at the Victorian Department of Primary Industries, where he led irrigation research. In 2007, QJ joined CSIRO Land and Water as an Office of the Chief Executive Science Leader and Senior Principal Research Scientist. At CSIRO, he built his national and international reputation as a leader in water forecasting research and development. In February 2017, QJ took up the position of Professor of Hydrological Forecasting at the University of Melbourne.

Before joining CSIRO in 2007, QJ’s research interests included statistical hydrology, hydrological modelling and optimisation, irrigation, and regional planning. In CSIRO, QJ built from scratch a globally renowned water forecasting research team. Research by QJ and his team led to a national seasonal streamflow forecasting service operated by the Australian Bureau of Meteorology. The service now provides forecasts for over 300 locations, including major water storages and river systems across Australia. Forecasts issued at the start of each month give probabilities of volumes of streamflow in the next three months (http://www.bom.gov.au/water/ssf). Research by QJ and his team also led to a new national short-term streamflow forecasting service, which provides daily forecasts of streamflow for the next seven days (http://www.bom.gov.au/water/7daystreamflow).

QJ developed a number of cutting-edge mathematical models. Among international applications, the US National Oceanic and Atmospheric Administration is evaluating the Calibration Bridging and Merging (CBaM) method for operational seasonal climate forecasting for the US. QJ has published widely, including many recent journal papers on flood, short term and seasonal streamflow forecasting, and on weather and climate forecasting. See

QJ served on the Queensland Government Chief Scientist’s Science, Engineering and Technology Expert Panel following the devastating 2010-11 Queensland Floods. He was awarded the 2014 GN Alexander Medal by the Institution of Engineers, Australia, and the 2016 CSIRO Medal for Impact from Science. Dr Wang is a co-chair of HEPEX, the peak international community for research and practice of ensemble hydrological forecasting (http://www.hepex.org).

QJ is keen to apply his mathematical skill to solving general engineering and science problems. He is particularly interested in formulating and applying Bayesian statistical models, especially hierarchical models, for solving complex practical problems. QJ is also collaborating with colleagues on use of climate and hydrological ensemble forecasts for managing flood and drought hazards and for managing water resources.

Using the Schaake shuffle when calibrating ensemble means can be problematic

A method to extend temporal coverage of high quality precipitation datasets by calibrating..

Displaying the 11 most recent projects by Q J Wang.

This project aims to improve Australia’s capability in the provision and use of water forecasts for managing water resources. The current wa..

This project aims to improve Australia’s capability in the provision and use of water forecasts for managing water resources. The current wa..

This project aims to develop an integrated irrigation scheduling, benchmarking and forecasting capability delivered through a water ordering..

This project aims to develop an integrated irrigation scheduling, benchmarking and forecasting capability delivered through a water ordering..

Quantification And Reduction Of Uncertainty In Hydrological Forecasting

Displaying the 155 most recent scholarly works by Q J Wang.

Using the Schaake shuffle when calibrating ensemble means can be problematic

The Schaake shuffle is a simple and effective method for re-ordering calibrated ensemble forecasts. It is widely used in forecast ..

Errors from hydrological simulations have substantial influence on hydrological applications. There are increasing interests to in..

Calibration and downscaling of ensemble GCM forecasts is becoming increasingly important for hydrological and agricultural modelli..

Available high quality precipitation datasets generally cover only recent periods. To extend these datasets back in time is challe..

Statistical postprocessing methods can be used to correct bias and dispersion error in raw ensemble forecasts from numerical weath..

On the Joint Calibration of Multivariate Seasonal Climate Forecasts from GCMs

Statistical postprocessing models can be used to correct bias and dispersion errors in raw precipitation forecasts from numerical ..

The commencement of SEAS5 model for operational seasonal climate forecasting by the European Centre for Medium-Range Weather Forec..

An accurate representation of spatio-temporal characteristics of precipitation fields is fundamental for many hydro-meteorological..

Seasonal streamflow forecasting in the upper Indus Basin of Pakistan: an assessment of methods

On the importance of soil moisture in calibration of rainfall-runoff models: two case studies

Service and Research on Seasonal Streamflow Forecasting in Australia

Service and research on seasonal streamflow forecasting in Australia

Assessment of an ensemble seasonal streamflow forecasting system for Australia

How Suitable is Quantile Mapping For Postprocessing GCM Precipitation Forecasts?

Does a fifteen-hour shift make much difference? – Influence of time lag between rainfall and discharge data on model calibration

Stable isotope composition of precipitation in the south and north slopes of Wushaoling Mountain, northwestern China

An evaluation of numerical weather prediction based rainfall forecasts

The influence from the shrinking cryosphere and strengthening evopotranspiration on hydrologic process in a cold basin, Qilian Mountains

Overview of Communication Strategies for Uncertainty in Hydrological Forecasting in Australia

Assessment of merged seasonal streamflow forecasts for 40 catchments across Australia

Achieving stakeholder ownership is a frequently espoused benefit of participatory planning processes. However, little is written a..

For operational flood forecasting, discharge observations may be assimilated into a hydrologic model to improve forecasts. However..

Seasonal Forecasts of Unregulated Inflows into the Murray River, Australia

Assimilation of stream discharge for flood forecasting: The benefits of accounting for routing time lags

Challenges for including error updating in real-time hydrological error models

A log-sinh transformation for data normalization and variance stabilization

Statistical forecasts of high streamflows for the next month

A review of advances in flash flood forecasting

Assimilation of streamflow discharge into a continuous flood forecasting model

An economic analysis of conversion from border-check to centre pivot irrigation on dairy farms in the Murray Dairy Region, Australia

How Significant is the BIAS in Low Flow Quantiles Estimated by L- and LH-Moments?

Options for management of saline groundwater in an irrigated farming system

Frequency analysis of water consumption for metropolitan area of Melbourne

Frequency analysis of water consumption for metropolitan area of Melbourne

The design, construction and instrumentation of a full-scale bioreactor landfill

LIMITING CASES OF WATER FLUXES AT THE LAND-SURFACE

An evaluation of daily precipitation from atmospheric reanalyses over Australia

&lt;p&gt;&lt;strong&gt;Abstract.&lt;/strong&gt; An accurate representation of spatio-temporal characteristics of precipitation fie..

CSIRO Medal for Impact from Science

The University of Melbourne
1996

The University of Melbourne
1995

Lecturer of the Year, awarded by the 1995 final year Environmental Engineering class

The University of Melbourne
1984